INK is a minimalist hardcore platformer where you paint levels as you play, by running and sliding along surfaces, and with the paint splatter of your many deaths. You're not forced to die to succeed though, since the colored enemies also paints the surfaces they touch, and your double-jumps fling sprays of paint on your surroundings, so you are never forced into a leap of faith. 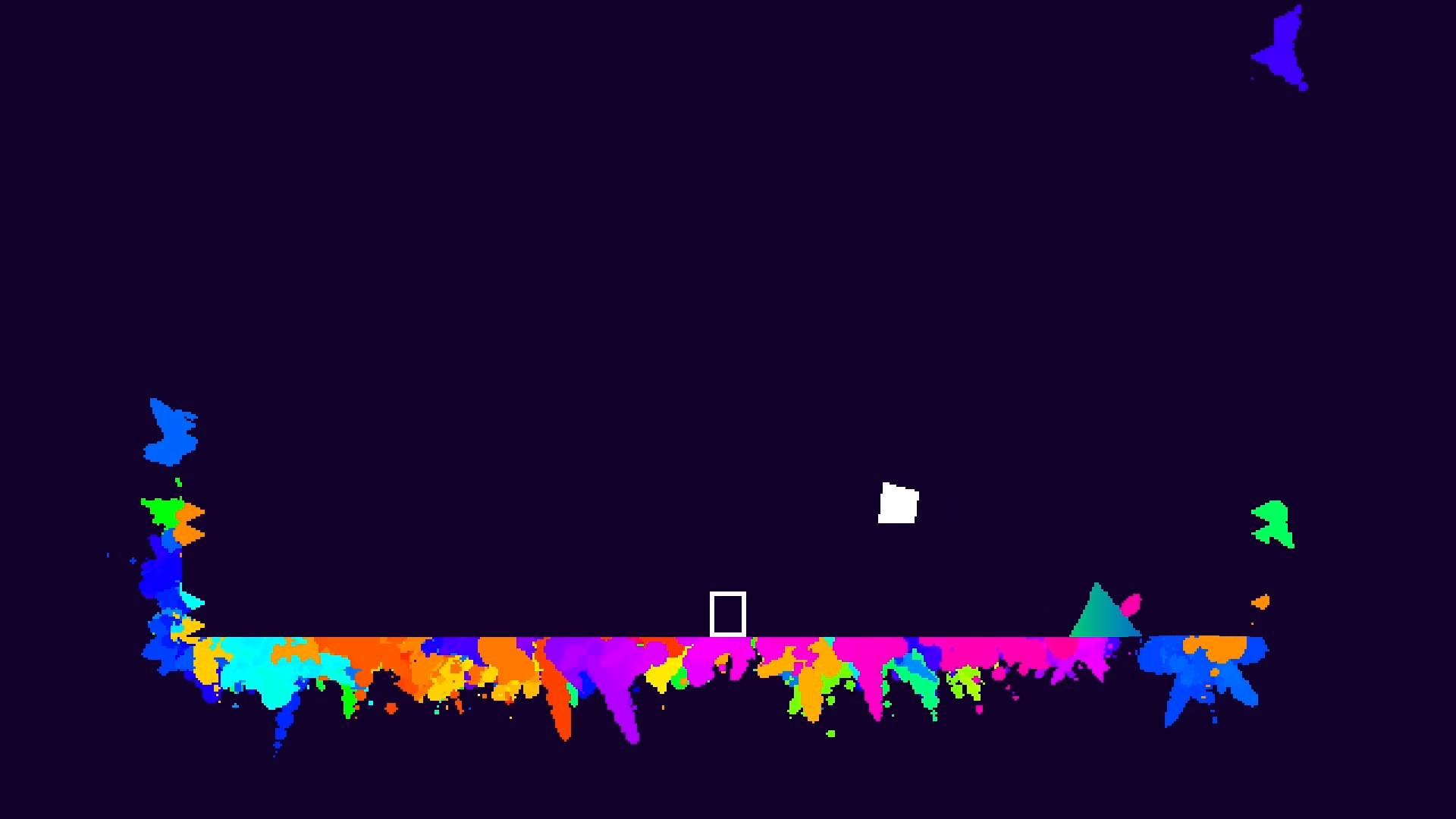 YouTube videos require cookies, you must accept their cookies to view. View cookie preferences.
Accept Cookies & Show   Direct Link
INK was released for Linux in August; two weeks after the Windows release. It took us a while to realize it was out though, so we first didn't cover it, and then forgot about it until now.

Each regular level has a goal portal you have to get to, but if there are enemies in the level, you first have to get rid of all of them by jumping on them to activate the exit. The most frequent obstacles are large gaps and spikes, but the later levels also have cannons, which shoot target seeking projectiles at you, and they're by far the most difficult hazard to avoid. If you want to collect all of the 20 coins hidden in the game, you're also forced to take some risks, since you won't actually see them until you paint them, so you have to explore each level thoroughly to reveal them.

The controls are responsive, and pulling off long and precise jumps is easy when you get a hang of the game. Landings feel a bit slippery though, and that caused me a fair bit of frustration before I learned to make small jumps directly after touching down to adjust my landings. In the more hectic levels you won't always have time for that luxury though, so it's possible that this is a design choice to force a faster play style. I also never got comfortable with the way you get forced into a wall jump and flung away if you stand too close to a wall while jumping. In contrast to the upwards wall slides of Super Meat Boy, this effect seems much less forgiving.

It took me about four hours to reach the end of the 75 levels, but I struggled with many of them, and the game can likely be finished in much less time by a more skilled player. There are some difficulty leaps marked by the bosses at the end of every 25 levels, but I found the bosses themselves to be easier than many of the levels leading up to them.

The game works well with my wired Xbox 360 controller, but as always with games like this, I much prefer to use keyboard controls. I haven't experienced any technical issues with the game itself, but unfortunately Steam's screenshot feature doesn't work. It's a shame since I quite like the look of the multicolored paint covered levels and would have loved to share them with my Steam friends.

If you like a difficult platformer with a unique gimmick that adds both style and challenge, you can't go wrong with INK. You can buy INK on Steam, where it's still 20% off for the next few hours. There's also a Deluxe Edition available, which comes with the soundtrack and high resolution wallpapers.

We asked developer ZackBellGames about a DRM free Linux version on Itch.io, where the Windows version is also available. They replied that they currently don't have one planned, since they want to prioritize features like leaderboards and a level editor on Steam.

Article taken from GamingOnLinux.com.
Tags: Platformer, Review, Steam
0 Likes
We do often include affiliate links to earn us some pennies. We are currently affiliated with GOG and Humble Store. See more here.
About the author - flesk

View PC info
This looks interesting, maybe it's worth a shot on sale - that's the problems with these simple puzzle like games they're a dime a dozen and you really don't know which ones are the cream of the crop.

But at least this has a 90% positive rating.

I guess another deciding factor would be if you get 1-2 hours fun out of it then that's $4/hr instead of $11 to go to a movie, so I guess there's that too.
0 Likes
While you're here, please consider supporting GamingOnLinux on: