A Story About My Uncle, A Fancy Looking First Person Platforming Adventure Looks Set For Linux 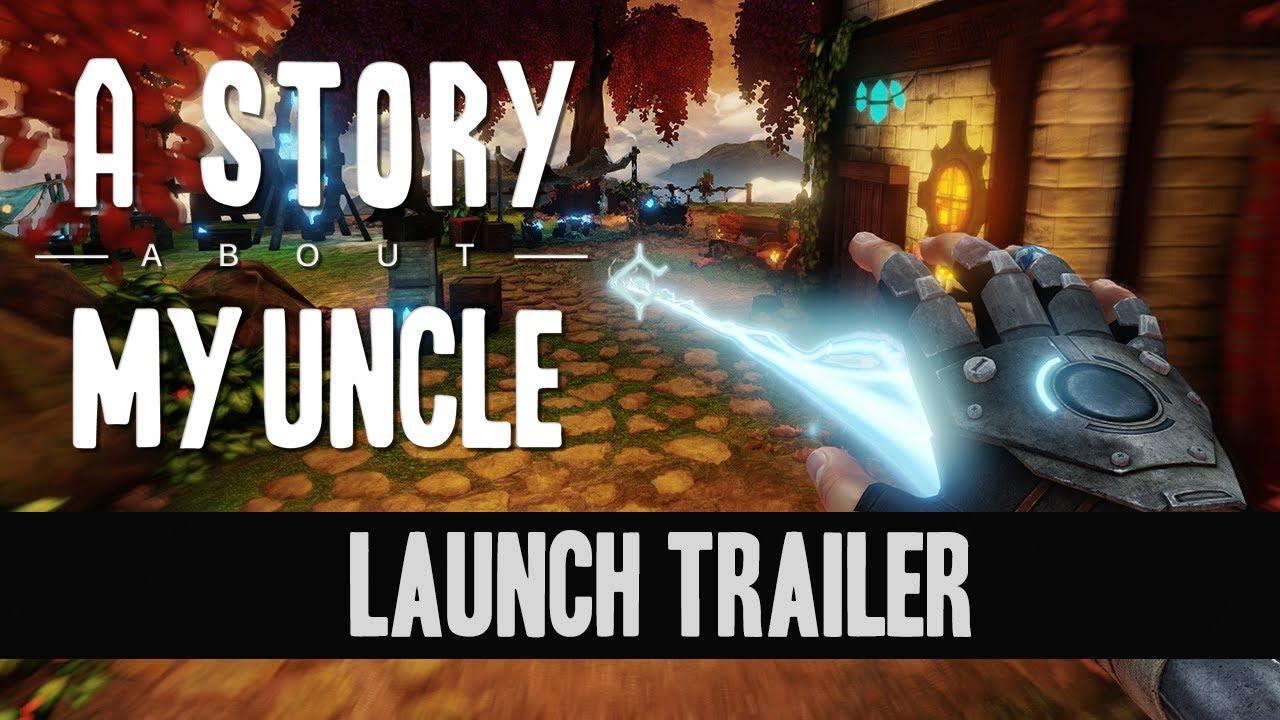 YouTube videos require cookies, you must accept their cookies to view. View cookie preferences.
Accept Cookies & Show   Direct Link
A Story About My Uncle is a rather good looking first person adventure from Gone North Games and published by Coffee Stain Studios (think Sanctum 2 and Goat Simulator). It looks like it's heading to Linux too, which is obviously awesome.

Info from SteamDB (as usual!):

Of course as with all SteamDB leaks, this doesn't mean it will come for Linux, but they are at least testing it.

About the game
A Story About My Uncle is a first person platforming adventure game about a boy who searches for his lost uncle, and ends up in a world he couldn’t imagine existed. Take help of your uncle’s mysterious inventions that let you jump incredibly high and far through beautiful scenery, uncover clues to your uncle’s whereabouts, and meet fantastical creatures that will help you on your journey.

The movement in A Story About My Uncle is a crucial part of its core gameplay – focusing on swinging through the world with a grappling hook that gives the player a wonderful sense of speed and freedom. Soar through a game world with a unique art style and a mysterious story that unravels before you.

Check out A Story About My Uncle on Steam, remember not to buy it until the official Linux/SteamOS release.

I am the owner of GamingOnLinux. After discovering Linux back in the days of Mandrake in 2003, I constantly came back to check on the progress of Linux until Ubuntu appeared on the scene and it helped me to really love it. You can reach me easily by emailing GamingOnLinux directly.
See more from me
Some you may have missed, popular articles from the last month:
The comments on this article are closed.
9 comments
alef 7 Nov, 2015
Why they are making Linux ports always after I already purchased and finished it on Windows? :(
2 Likes, Who?

gojul 7 Nov, 2015
View PC info
I got it from a Humble Bundle and it appeared two days ago in my game list, so it's very likely that it comes to Linux.
2 Likes, Who?

Quoting: alefWhy they are making Linux ports always after I already purchased and finished it on Windows? :(

Because you don't have the patience to wait for the Linux ports to arrive, obviously. :P
9 Likes, Who?

There are two Coffee Stain games ported to linux. so its very likely to be ported.

View PC info
Any clue about the engine it uses ?

This could be interesting with steamVR, I guess. Maybe not playable, but at least interesting.
0 Likes

View PC info
Looks like a fun game. Hopefully GOG gets the Linux version as well.
1 Likes, Who?

View PC info
My money is on this being a Ryan Gordon port, considering he did the other two for them.
0 Likes