For those of you who love real-time strategy games but you don't have a lot of time, Abstractanks [Official Site] might be what you need. 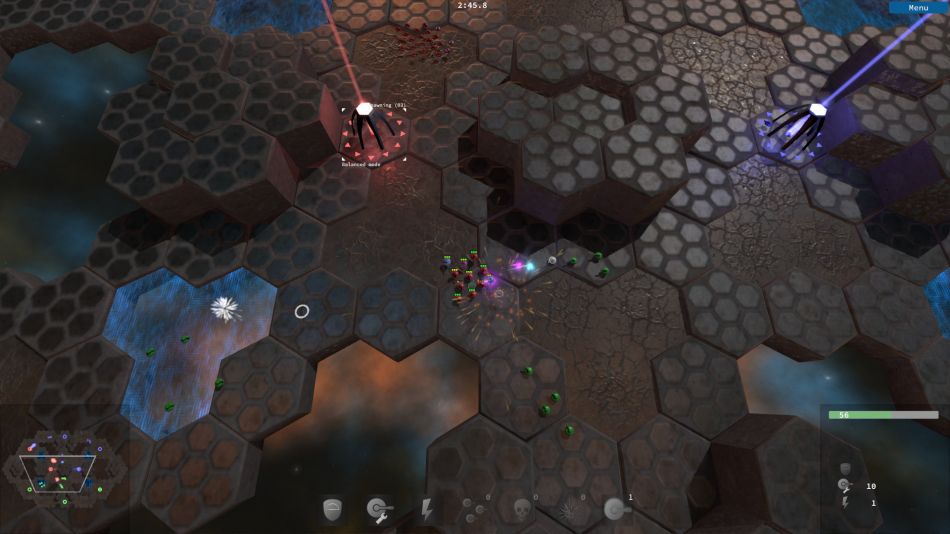 Available from itch.io for $6.99, this in-development title throws out base-building, resource management, campaigns and multiple unit types in favour of fast-paced skirmish battles to get you into the action quickly. It has full skirmish support versus the AI and it also supports online play as well.

There's no tutorial, but thankfully it's not particularly difficult to figure out. Anyone who's played any sort of RTS game will understand what to do within a matter of seconds. There's only one type of unit, however, it can be put into different "stances" each with different strengths and weaknesses, so it's a unit with multiple roles. For example, you can give units a shield to take less damage, but they move slower. You can also end up with rather a lot of units as you take over various points across the map, resulting in a pretty impressive light-show when you send them into a battle.

It's one of those games that's simple, but hard to master.

It's getting regular updates too, with the most recent version being released within the last day. Currently the itch client doesn't have it setup correctly, so you will need to download it manually. I've let the developer know they need to sort the itch client download out.

You can find it on itch.io right now.

Article taken from GamingOnLinux.com.
Tags: Early Access, Indie Game, Itch.io, Strategy | Apps: Abstractanks
4 Likes, Who?
We do often include affiliate links to earn us some pennies. We are currently affiliated with GOG and Humble Store. See more here.
About the author - Liam Dawe