Adapt or Perish, the RTS that has you design your units is releasing next week

The latest unique game from Phr00t's Software, the RTS 'Adapt or Perish' is releasing on Monday 11th February with Linux support.

Unlike most traditional RTS games, Adapt or Perish doesn't have a traditional build list of set units. Instead, you tweak basically everything and create your own. You can adjust their damage, fire rate, range, damage type, special abilities and a whole lot more. It's one of the most customizable RTS games I've ever played.

For a longer look at it, the developer recently put up a new video as an introduction to it: 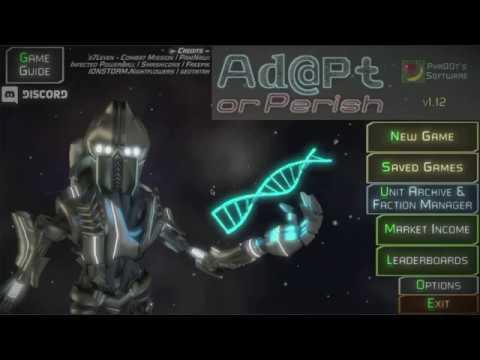 As I've had access to it for a while, I shall have some thoughts available at release.

Article taken from GamingOnLinux.com.
Tags: Indie Game, RTS, Steam, Strategy, Upcoming
5 Likes, Who?
We do often include affiliate links to earn us some pennies. We are currently affiliated with GOG and Humble Store. See more here.
About the author - Liam Dawe

I am the owner of GamingOnLinux. After discovering Linux back in the days of Mandrake in 2003, I constantly came back to check on the progress of Linux until Ubuntu appeared on the scene and it helped me to really love it. You can reach me easily by emailing GamingOnLinux directly.
See more from me
Some you may have missed, popular articles from the last month:
The comments on this article are closed.
1 comment
Purple Library Guy 8 Feb, 2019
That looks pretty cool.
0 Likes
While you're here, please consider supporting GamingOnLinux on: