ARK: Survival Evolved gains a paid DLC while still being in Early Access, reviews are destroying it 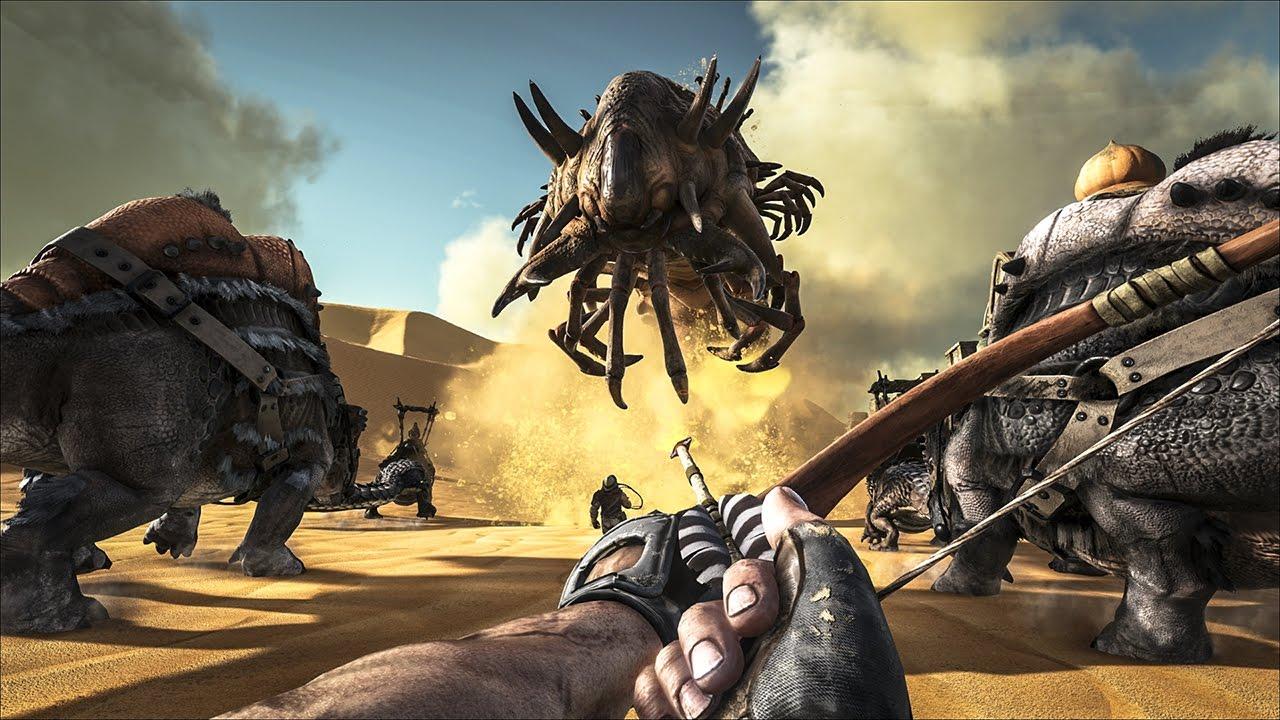 YouTube videos require cookies, you must accept their cookies to view. View cookie preferences.
Accept Cookies & Show   Direct Link
DLC is always a bit of a hot topic for some, now even more so since ARK: Survival Evolved a game that has sold very well has it's own paid DLC even though the game isn't finished.

ARK: Survival Evolved has sold massively well for a game that isn't even finished. It has over ninety thousand reviews on Steam—yes, it's sold that well.

The DLC in question is "ARK: Scorched Earth - Expansion Pack". It adds a new map, new creatures, new items and so on. It couldn't have been an easy task considering all that content, which means that was time taken away from actually finishing the game itself to create extra add-on paid content. That doesn't sit right with me, considering I am a customer of theirs myself having paid for ARK personally.


QuoteScorched Earth: Our original vision for ARK always included the creation of Expansion ARKs, along with the infrastructure and technical systems to transfer data dynamically between live ARKs. We determined that it is more sound to iterate on these systems during Early Access than after retail launch, given the significant risks involved if we didn't "get it right". While that meant unveiling the first Expansion early, it also means an easier time integrating further post-launch Expansions into the ARK network. We understand that this isn't everyone's cup of tea, and we appreciate the enjoyment people seem to be getting out of this initial view of how Expansion ARKs can work. Now that we have the systems in place to support them, we can ensure minimal integration issues with subsequent releases after ARK: Survival Evolved itself has launched.

I can completely understand adding in content during Early Access to make sure they get it right, but, this is exactly what Early Access is designed for.

Now, I can also certainly understand games that may not have sold as well adding in extra DLC to help keep development going, but in this case, it does seem to be a slap in the face for people who purchased the original game.

When you look into it a bit further, as reported by gamesindustry.biz it seems the previous lawsuit against Studio Wildcard (the ARK developer) and Trendy (Dungeon Defenders) was settled by Wildcard paying out around forty million dollars.

So, it seems like this is an attempt to recover some costs, but it will lose them a lot of fans in doing so.

This new paid DLC has seen the games overall rating on Steam absolutely dive-bomb into negative ratings ‒ I'm really not surprised by this!

ARK itself is still a mess when it comes to optimization and performance, especially on SteamOS & Linux. I wonder if they will ever truly put time into it, but not likely.

What are your thoughts? Article taken from GamingOnLinux.com.
Tags: DLC, Editorial
0 Likes
We do often include affiliate links to earn us some pennies. We are currently affiliated with GOG, Humble Store and Paradox Interactive. See more here.
About the author - Liam Dawe

View PC info
I don't know why they're not "releasing" it, i.e. removing the Early Access tag. While the game is not perfect, it's actually better than many AAA games upon release (Batman Arkham Knight, Bethesda games etc.).

I know people have issues on Linux/SteamOS. I have played only for 10 hours, but the game was running fine. There were some graphical glitches like flares or endless shadows, but the game is improving - or perhaps Nvidia drivers are improving?

View PC info
Well i bought the game a while ago, and i don't play it neither enjoyed it, poor performance but mostly, crafting some basic stuff and die, even i'm still not able to craft most basic stuff it requires too much farming, this game is not fun at all.

skinnyrafThere were some graphical glitches like flares or endless shadows, but the game is improving - or perhaps Nvidia drivers are improving?

Have you actually seen recent improvements in the domain of glitches or performance ? Or just other kind of improvements in general. I happily sunk a number of hours into the game, but calling it "finished" in the state it was in, would be very bold.
1 Likes, Who?

View PC info
Hm, judging from Xpander69's video it seems playable at around 55-65 FPS (without recording) and still looking rather good.
View video on youtube.com
1 Likes, Who?

View PC info
I'm glad they are getting called out on this and having their name dragged through the mud, they deserve to be.

Look, I get the lawsuit settlement hirt them and they felt the need to recoup the money right away. That doesn't make this right, though. Paid DLC for a game still in early access is a very dangerous precedent and we (consumers and media alike) need to make damn sure that the message comes across loud and clear "this sort of crap will not be tolerated". We can't allow other publishers and developers to think they can get away with crap like this.

Releasing paid DLC for a title still in active development opens up all kinds of cans of worms. For example, how much of the content in the DLC is content that was originally supposed to be added in to the base game during early access? Also, how much time was taken away from fixing the multitude of serious bugs to make this DLC?

We can't allow thos to become the new standard. DLC and microtransaction practices have already gotten bad enough as it is.
10 Likes, Who?

dubigrasuHm, judging from Xpander69's video it seems playable at around 55-65 FPS (without recording) and still looking rather good.
View video on youtube.com

yeah its around 45-60 fps most of the time. goes up to 80 at places. somehow shadows have to be medium, all the rest can be on epic. shadows seem to be cpu bottlenecked(which is super strange) for me.

i quite like the game, lots of new content and much better visuals than with the old map.

i dont really care if its ethical to sell DLC for a early access game or not, i just care about the content im getting for the price and that seems pretty good compared to 90% of Early Access titles

View PC info
Meh, if people are willing to pay for Early Access, I don't see why they wouldn't pay for extra content while in Early Access. They're already playing the game on a regular basis and obviously enjoying it, and an expansion takes time and resources to develop regardless of when you release it. Sure I'd probably focus on the core engine before I started making expansions, but I can see this game being "in development" for years with people playing it. It's not the first time I see MMOs running prolonged betas and releasing new content before hitting their official release, even though it's probably the first time I see them charge for it.

I don't play ARK so I'm indifferent to the news anyway, but I must say that level design looks really sweet.
2 Likes, Who?

skinnyrafThere were some graphical glitches like flares or endless shadows, but the game is improving - or perhaps Nvidia drivers are improving?

Have you actually seen recent improvements in the domain of glitches or performance ? Or just other kind of improvements in general. I happily sunk a number of hours into the game, but calling it "finished" in the state it was in, would be very bold.

i havent seen those graphical glitches with the new map.. 4 hours of gametime only atm, but with old map i can get those glitches within 1-2 hours
0 Likes
1/5»