By BTRE - 7 March 2017 at 7:10 pm UTC | Views: 7,341
The latest expansion to the sprawling medieval grand strategy game has been released. Secret societies and orders are at the forefront of this one and, as always, a big free patch has arrived to all owners of the base game. 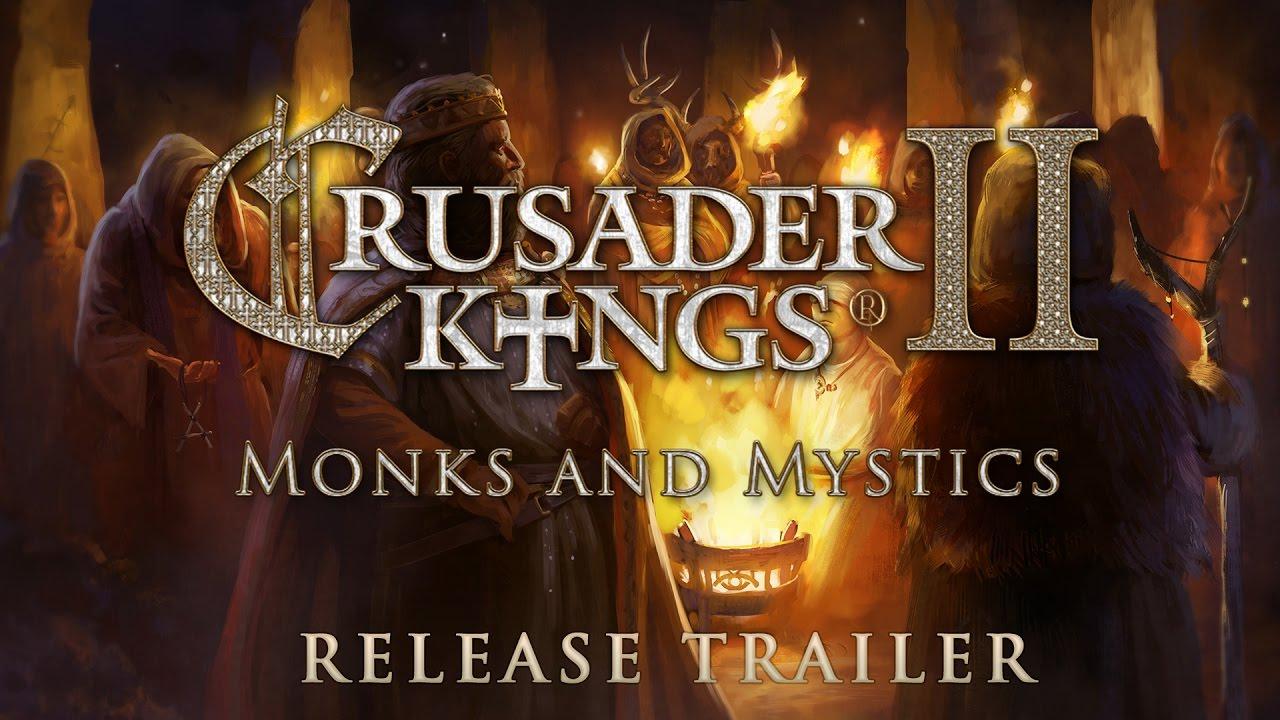 YouTube videos require cookies, you must accept their cookies to view. View cookie preferences.
Accept Cookies & Show   Direct Link
The core of Crusader Kings 2 [Official Site] has always been a marriage between grand strategy nation-building and character-driven roleplaying elements. With Monks and Mystics, the medieval simulator gets monastic societies and secret orders which add a series of new considerations for any would-be ruler. Joining cults and societies can be a handy way to amass power or prestige or be the cause for conspiracies and conflict. It certainly sounds interesting to have things like devil worshiping cults about, especially since the player can now effect hunts for heretics too.

There are a few other things of note in the expansion, such as more portraits and unit graphics for German and English cultures for added variety. Treasures and relics also make an appearance and a few less glamorous things like being able to give more types of orders to AI allies in wars and changed prisoner management are also in there.

As with most releases from Paradox Development Studios, a rather hefty patch has also been made available. This one brings changes to all owners of CK2 and includes a plethora of balance and bug fixes as well as new content. There’s a few map changes and quality-of-life type improvements that ought to improve the game. And, in keeping with the theme of the expansion, there’s now a feature that allows you to lie about keeping your old faith when being forced to convert.

You can view the full list of features of both patch and expansion here.

View PC info
Looks good, but I have never failed to be overwhelmed by Paradox' grand strategy titles, with the exception of Stellaris.

Quoting: oldrocker99Looks good, but I have never failed to be overwhelmed by Paradox' grand strategy titles, with the exception of Stellaris.

Stellaris has the benefit of being in, basically, a fictional setting. This allows the developer to set more of the rules and create something more game-y instead of sim-y. This is probably to Paradox's benefit, as they can tailor the systems to fun, instead of to reproducing how things maybe probably worked kindof sortof back in ye olde timese.
0 Likes

Nor Mantis 7 Mar, 2017
View PC info
I am so torn with this. I absolutely love CK2, but have fallen behind with the DLC, when I add it all up it is way to much, I wait for a sale and I just cannot bring myself to spend. One day, one day, I will have the complete package of CK2, but not toady. With Stellaris I am going to try and keep up. This looks, as usual, amazing.
1 Likes, Who?

View PC info
Must. Buy. Every. DLC. (Opens Wallet)
1 Likes, Who?
While you're here, please consider supporting GamingOnLinux on: