Darksiders Is Still Coming To Linux, But A Silly Graphical Glitch Is Stopping It 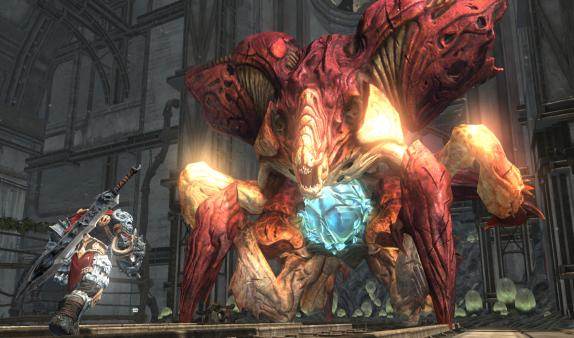 Darksiders is being worked on for Linux, but sadly as we reported before there is still a bug holding it up.


@gamingonlinux Basically complete, but a silly graphics glitch holding back the release. :( In QA right now.

I'm sure they will be able to find the bug that is causing the issues, so don't fret, sit tight, and just wait this one out and send Leszek your cookies. I imagine he's gone through many pots of coffee already to find the show stopper.

We will update you again if we get any more from Leszek about the port, and we very much appreciate his honesty!

About the game
Deceived by the forces of evil into prematurely bringing about the end of the world, War – the first Horseman of the Apocalypse – stands accused of breaking the sacred law by inciting a war between Heaven and Hell. In the slaughter that ensued, the demonic forces defeated the heavenly hosts and laid claim to the Earth.

Brought before the sacred Charred Council, War is indicted for his crimes and stripped of his powers. Dishonoured and facing his own death, War is given the opportunity to return to Earth to search for the truth and punish those responsible.

Hunted by a vengeful group of Angels, War must take on the forces of Hell, forge uneasy alliances with the very demons he hunts, and journey across the ravaged remains of the Earth on his quest for vengeance and vindication. Article taken from GamingOnLinux.com.
Tags: Editorial, Upcoming
0 Likes
Share

We do often include affiliate links to earn us some pennies. We are currently affiliated with GOG and Humble Store. See more here.
About the author - Liam Dawe
I am the owner of GamingOnLinux. After discovering Linux back in the days of Mandrake in 2003, I constantly came back to check on the progress of Linux until Ubuntu appeared on the scene and it helped me to really love it. You can reach me easily by emailing GamingOnLinux directly.
See more from me
Some you may have missed, popular articles from the last month:
The comments on this article are closed.
12 comments
Page: 1/2»
FutureSuture 12 Nov, 2014

View PC info
No Tux, no bucks! Will buy several copies at full price once the game is out for Linux.
1 Likes, Who?

View PC info
It will be purchased the very SECOND it's available for Linux on Steam, and I don't care about the price tag. Smack in the pan. Can't wait!
0 Likes
Deformal 12 Nov, 2014

View PC info
Well, it`s not a problem. I can wait.
I`d like to see Darksiders 2 on linux more than D1. As for me, it`s better. I`ll wait Darksiders II and then will play.
FutureSuture
You are saying that like Leszek Godlewski once promised to port game on linux, but never ported it. But he has already ported 2 games on Linux.
And Leszek supports Ukraine, so I like this man even more.
0 Likes

View PC info
Yes, Leszek done two Linux ports. When he working for Poland developer The Farm 51, he doing this game and port to Linux - Painkiller: Hell and Damnation - and Deadfall Adventures.

Deformal where did you get the information that Leszek supports Ukraine? What is it?
0 Likes

View PC info
deadfall adventures works not that bad. you just have to waiting 10 minutes on every start, as they never fixed the prechaching of the shaders. apart from that it seems to crash randomly. there are many better ports, but at least it exists :}
0 Likes

View PC info
Leszek could not finish the Deadfall port, hence explaining why its quality is not that great.
The problems seem to come from the editor and not from the man, who's a really nice guy.
0 Likes

Quoting: DeformalFutureSuture, you are saying that like Leszek Godlewski once promised to port game on linux, but never ported it. But he has already ported 2 games on Linux.

I am saying that to show my intention of buying the game once it releases for Linux and not one bit earlier!
0 Likes
1/2»
While you're here, please consider supporting GamingOnLinux on: