Windows gamers had it last month, so we've had a short wait to get it. Out of 165 counted reviews on Steam, the overall rating given is "Very Positive" so it looks like it could well be worth picking up. 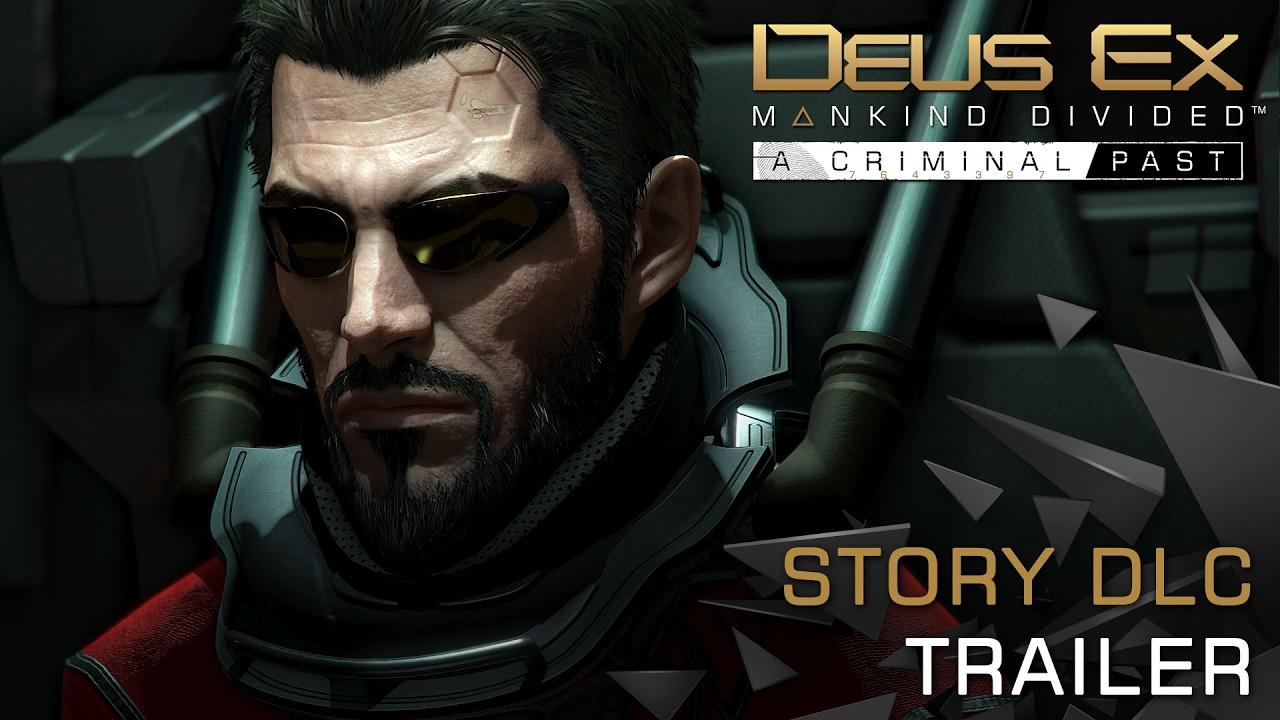 YouTube videos require cookies, you must accept their cookies to view. View cookie preferences.
Accept Cookies & Show   Direct Link
I've loved every moment of my time with Deus Ex and I will most likely pick up the DLC for two reasons. The first being: I need more, the second: to support the ongoing Linux porting work by Feral.

This is the last we might see of Adam, as apparently the series has been put on hold due to underwhelming sales of this latest game, which is a shame.

About the DLC
Experience Adam Jensen’s first mission for TF29, set before the events of Mankind Divided. Posing as a convicted criminal, Jensen is transferred deep into a hostile, high-security prison for augmented felons. His mission: Track down and retrieve sensitive information from a fellow undercover agent who has gone dark. Success will help the fight against terror around the world, but Jensen will need to confront a darker side to his role before the day is done.

View PC info
I am a little concerned about that, and I am not talking about deus ex itself, but about the fact that this DLC needed a "port" at all, or even additional work by feral.

also, since we are with the same publisher:

it says:The HITMAN March Update releases worldwide across PlayStation 4, Xbox One and Windows PC on March 14th 2017.
this also applies for previous updates (they release updates every 4 weeks). honestly, I have no idea how old my copy of hitman is in steamOS.

so what does this mean? that feral has work to do again, just for us to have the latest content/updates available? makes me feel like a sad 2nd class gamer again. all major platforms are supported here in that statement, linux is not, so ...well. not major, okay, but kinda abandoned.

View PC info
Nice, I will pick it up as well. Thanks, Feral!
0 Likes

Quoting: miroI am a little concerned about that, and I am not talking about deus ex itself, but about the fact that this DLC needed a "port" at all, or even additional work by feral.

When a game adds in new levels and features you need to update the game. If it's updated then we'll need to update it on Linux too. In some cases a platform specific issue can cause a slight delay but they are usually small for games that are released at the same time.


Quoting: miroalso, since we are with the same publisher:
https://hitman.com/en-us/news/march-update-release-notes#
it says:The HITMAN March Update releases worldwide across PlayStation 4, Xbox One and Windows PC on March 14th 2017.
this also applies for previous updates (they release updates every 4 weeks). honestly, I have no idea how old my copy of hitman is in steamOS.


HITMAN has been updated every few weeks since we shipped on Linux and every single release and Elusive Target has been released at EXACTLY the same time on Linux as Windows. This has been publicised by Feral, most Linux gaming sites and the Release notes on Steam as well as the fact your Linux app has updated. :-)


Quoting: miroso what does this mean? that feral has work to do again, just for us to have the latest content/updates available?


That's how different platforms work, if an application is updated you need to move the code and data changes over. Some items and challenges are server side(so no new binary's needed on any platform) but things like Elusive Targets can also include a new binary with other bug fixes.


Quoting: miromakes me feel like a sad 2nd class gamer again. all major platforms are supported here in that statement, linux is not, so ...well. not major, okay, but kinda abandoned.

This seems a little exaggerated :( The game has same time updates & features plus full cross platform support from both the Linux and Windows developers to keep things coordinated. I'd call that major level of coordination and support which is the exact opposite of abandoned. :)

gojul 16 Mar, 2017
View PC info
On my side I bought the season pass so it should be there tonight
0 Likes

View PC info
Of course I'll buy it. Nobrainer, especially if this indeed is the last from Jensen for a while. Want every last adventure from this excellent franchise.
1 Likes, Who?

View PC info
It's great to see this released - thank you Feral! It has good reviews on Steam too, so this should be a blast.
0 Likes

then how come that just PC or at least "Linux" or specifically steamOS is not listed in that update? Does SE care that less or what is it?

Also I am not sure about the latest state of my hitman copy, since for example I see no option in the launcher to disable the graphics-autoconfig (which restricts some detail levels above some point).
The version history stated that this feature was added into the launcher in some later release and I believe that my launcher said to be 1.01 or something. I can't tell any more, since I disabled the launcher and I see no way to enable it again. Even with simulation CRTL with my steam controller (some people say one has to hold it while the game is launching), the launcher does not show up for me.

Regarding your link at http://steamcommunity.com/app/236870/discussions/1/135511757693702225/
I read that discussions section at steam, but this posting was not there at that time. Because I saw an update for hitman on news sites, and no mention to linux.
And for the first time I see that you obviously reset the version count to 1.00, so all the previous updates were included and this caused confusion on my side, thinking that your 1.00 is in fact the windows-1.00

So I wonder: why did SE not append Linux to the platform-list as well? Couldn't they wait for you to add the changes?
My last sentence you picked up as exaggerated was meant even in that way, that this update is there now, but they do not consider it "major enough" to mention it.

I noticed the elusive targets, it's just that from a dev-view I think there are things like these targets that can be added without modifications to the app itself, like a plugin or simple additional files in some elusive-targets-directory.
0 Likes

View PC info
I like that there is new DLC, and I may buy it; I do object to the 4.3GB update it decided to give me though, especially on my piddly 5Mbps connection; bang goes any gaming for me tonight :(
0 Likes

View PC info
That's very cool. But I like to finish the main game first. :)

A lot of work for Feral, as some games now get regular contend updates. I played Hitman for 47h now. :)
0 Likes

pb 16 Mar, 2017
Is the story complete now, or are there any more DLCs planned? I bought the game + season pass but haven't played it yet, waiting for it to be complete. Besides I'm now too busy with Hitman. ;-)
0 Likes
1/2»
While you're here, please consider supporting GamingOnLinux on: