Catching up from all the post-F1 fun, Distant Star: Revenant Fleet [Official Site], a fleet-based RTS meets rogue-lite is now on Linux. 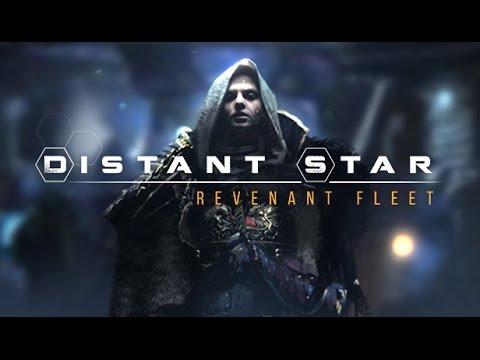 Note: It doesn't yet have a SteamOS icon on Steam, but the Linux release announcement is up.

Build your fleet of up to 5 ships (from a choice of any combination of 8 classes) and upgrade their weapons and attachments which give you new and improved skills to use in combat. With hundreds of attachments to choose from, each class has many different possible loadouts.

Traverse the galaxy one system at a time - each step of the way you will face unique story events, each of which has multiple outcomes that can change with each playthrough. Choose whether or not you enter combat, flee or try to talk your way out of difficult situations - but don't think the same choice next time round will have the same outcome!

I've reached out to the developer for a review key, as it seems like a game I might enjoy. Hopefully I will have more to say about it soon!