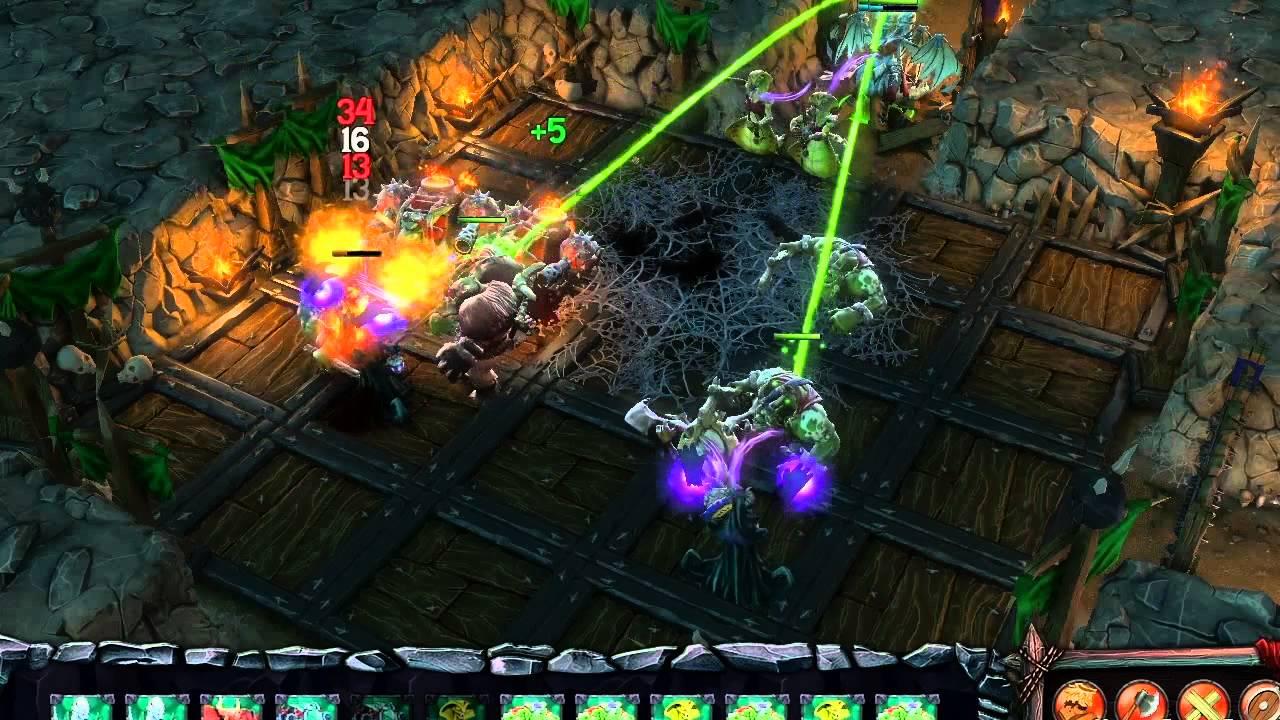 Reviewers are giving it the thumbs up so far, so it looks like it could be a good one. It looks like it has a few performance issues, and silly bugs, but it's a brand new release so that's to be expected.

We have reached out to the publisher for a testing key to report on it properly, so hopefully we will be graced with one. It's a little on the pricey side for us right now.

Take control of the mighty Dungeon Lord and craft a network of unique and terrifying dungeons, recruit an army of fearsome creatures and command two new factions. Prepare to defend your Kingdom against those pesky heroes, go above ground to wage war on their human cities and use the ‘Hand of Terror’ to take direct control over your minions, issue commands, and even dish out a swift slap to keep them in line.

The extensive campaign story mode is packed with even more of the dark humour which made the original Dungeons a hit and is peppered with numerous references to various fantasy books, movies and TV shows. Additionally, you can test your strength in four different game modes in multiplayer for up to four players with other Dungeon Lords over LAN or online.

Check out Dungeons 2 on Steam now.

If you have picked it up let us know how you're finding it! Article taken from GamingOnLinux.com.
Tags: Steam, Strategy
0 Likes
We do often include affiliate links to earn us some pennies. We are currently affiliated with GOG, Humble Store and Paradox Interactive. See more here.
About the author - Liam Dawe

Bumadar 25 Apr, 2015
I am so not sure about this, the previous one was such a mess, this seems to be better but I rather wait for a few reviews.
0 Likes

View PC info
I like it that developers now pick up the creative ideas that EA actually had in the past, so that we don't have to buy the garbage they are releasing these days. I am going to pick that game up for sure. Now the only thing missing is a good The Sims clone for Linux. :D
0 Likes

View PC info
Is this prvided only via Steam? Or is there another possibility?
0 Likes
dsngjoe 26 Apr, 2015
I bought it and I am really enjoying it. It'a a much more polish game over War for the Overlord. I stopped playing WftO to let it cook some more in the oven. Game play is nice but get ready to manage as you have to be after your guys all the time. Keeps you always in the game. There is no auto pilot. Fps inside the dungeon I get over 100 fps on a 780 GHZ at 1440P. Outdoors it will drop to about 45 fps at times. That's with every option turn to the max. Overall well worth the $40 I spent on it.
1 Likes, Who?

It’s also for sale on the Humble Store, but it’s a Steam key.
0 Likes

View PC info
A little bit of research from my side and I found out that there is indeed another version without binding to Steam. But the boxed version seems not to include the linux binaries. So as a gamer who don't want to use Steam or another DRM-platform I'm again a human being within second class. :-(
0 Likes

throghA little bit of research from my side and I found out that there is indeed another version without binding to Steam. But the boxed version seems not to include the linux binaries. So as a gamer who don't want to use Steam or another DRM-platform I'm again a human being within second class. :-(

Maybe you already know about it but I found this list of DRM-free (or not) Steam games. Dungeons 2 has not yet been tested though.
1 Likes, Who?

View PC info
Thanks! Yes, I know about this list. But I think there should be even no client needed at all. So perhabs I'll just wait and have a closer look in the near future. Perhabs Kalypso distribute this also via GOG.com? :)
0 Likes

throghThanks! Yes, I know about this list. But I think there should be even no client needed at all. So perhabs I'll just wait and have a closer look in the near future. Perhabs Kalypso distribute this also via GOG.com? :)

I had a look earlier and Tropico 5 is only distributed through online DRM things, so I guess not.
0 Likes

View PC info
DRM or not, this looks very much like the game I had hoped War For the Overworld, which I supported on Kickstarter 'way back then, would be. I did get "Bedrock Beta" access, and watched the UI and features develop, but, with my motherboard problems, I haven't yet played the official release.

Nonetheless, Dungeons 2 looks like the real deal, and as an old DM II player, this looks like Ever So Much More So. :)
0 Likes