Dungeons 3 [Steam] has been officially announced by Kalypso Media & Realmforge and like Dungeons 2, it will support Linux! 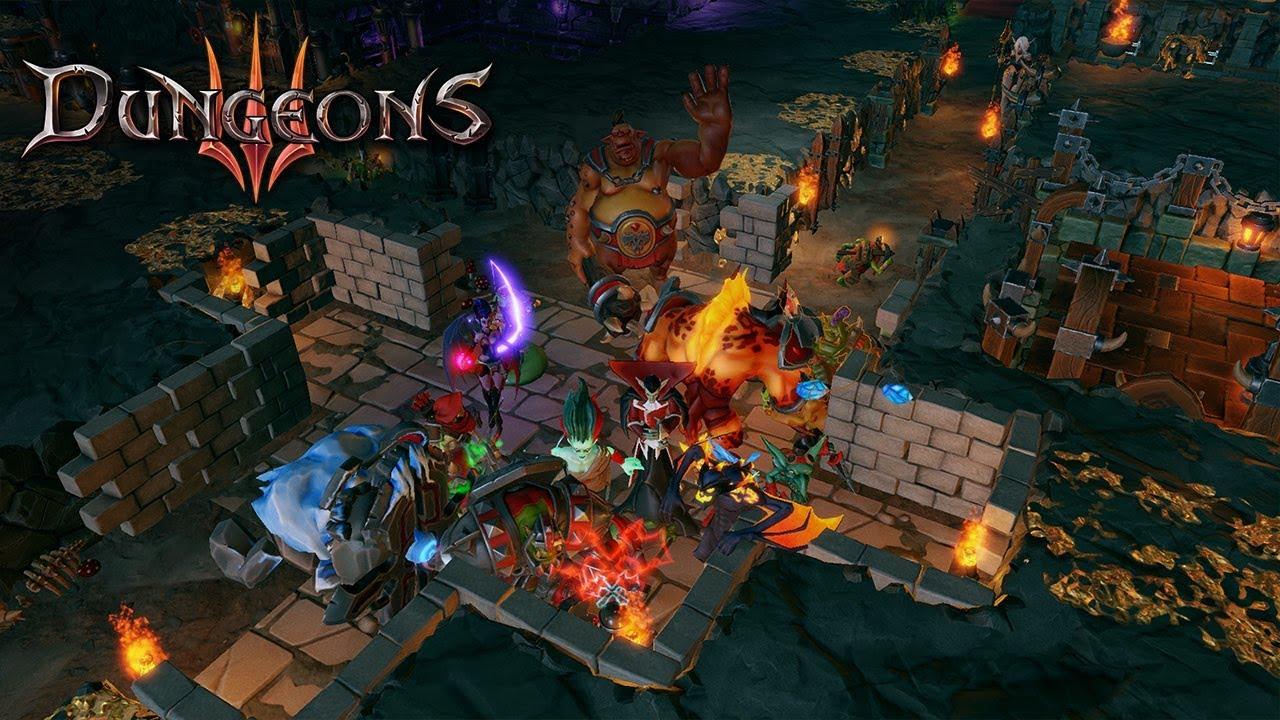 I must admit, that's a pretty great trailer and has me a little excited!

Something wicked this way comes! #Dungeons3 is coming to Win PC, Linux, Mac, PS4 and XBO in autumn 2017! https://t.co/rtYr9MRXrK

Linux is also listed on Steam, so looks like a sure thing!

I never did play Dungeons 2, as my repeated requests for a review key never went anywhere so I expect the same of Dungeons 3 sadly.

Will you be picking it up and was Dungeons 2 any good?

Article taken from GamingOnLinux.com.
Tags: Steam, Strategy, Upcoming | Apps: Dungeons 3
8 Likes, Who?
We do often include affiliate links to earn us some pennies. We are currently affiliated with GOG, Humble Store and Paradox Interactive. See more here.
About the author - Liam Dawe

View PC info
Dungeons 2 was a pretty great little gem. I picked it up in a sale a year or so ago not expecting much and it was a polished and fun experience. The humor/narration was amusing, too. If you liked Dungeon Keeper it's worth giving it a go IMO.
1 Likes, Who?

View PC info
Dungeons 2 is a really nice game! I'm not sure about 3 though. To me it seems they just rush to continue the franchise for the sake of earnings. I'd better stick do Dungeons 2 and see how Dungeons 3 turns out to be.
0 Likes

View PC info
Good news. Dungeons II is on my whishlist.
I hope Dungeons III will have a GOG release too !
DRM-Free + Linux = Perfect combo
0 Likes
chepati 21 Feb, 2017
View PC info
I've been following Kalypso's growing love for linux and they are seriously becoming one of my favorite publishers. I've gotten 3 or 4 of their titles and will probably get this one too.

In fact I just sent them an email. Allow me to share it with you.

First a few words about me: I'm a 42 year old linux user, have been running almost exclusively linux for 22 years and I can remember back when my favorite OS could not even play music CDs.  I've been watching like a proud parent how linux has grown over the years and how it has captured the interest of commercial entities, be they Fortune 500 banks, hardware makers, or games companies.

As it happens, I am also an avid gamer.  I don't pirate games and when I like a dev studio/publisher I support them as loyally as I can with both my wallet and my word of mouth.

I have no idea how, but somehow or other I ended up on your new games announcement list.  A happier coincidence couldn't have happened.  Initially I would briefly scan your emails and discard them.  But at one point, the word Linux caught my attention.  I believe it was the Grand Ages: Medieval email.  I was intrigued, pleasantly surprised, and curious.  I checked the youtube videos, the Steam page and as soon as the game came out, I bought and played it.  Needless to say, I enjoyed it.  But I never thought it was the beginning of a trend for Kalypso.  Was I ever wrong!  The emails kept coming and I've bought a few of your other games, mostly because I want to show you my support (the games themselves were very good too, that definitely helped :-) ).  And I very much appreciate that you put Linux on an equal footing with the rest of the supported OSes in your announcements.  That shows respect and dedication.  We, Linux gamers, see and appreciate this.  And reward it.

I see you have another game coming out Dungeons 3.  Looks very interesting.  I will seriously consider it.

And I just bought Crookz - The Big Heist :-)

Not sure if you're aware, but there is a site (one of many I suppose) dedicated to all things linux gaming, https://www.gamingonlinux.com.  I am not in any way, shape, or form associated with this site, I'm just a user who frequents it and has bought around 5-7 games, just because they were mentioned there.  Perhaps it would be a good idea to get in touch with the chap who's running the site and do announcements of your forthcoming linux games?  Just a suggestion.  You'll get good exposure and the readership is your linux target demographic.  This is where I saw that Dungeons 3 was planned for a linux release, by the way.

In closing, I would like to thank you from the bottom of my heart for your growing support of linux and your faith in it.  I'll do my best to justify it.


I am starting to send such thank you emails to all devs/publishers who show love and respect for linux.

Finally they're starting to give it up Pc term for Windows.
2 Likes, Who?

View PC info
Kalypso needs to seriously up their post-release support. Dungeon 2 was cool, skirmish is a bit weaker, overworld is a bit boring, but campaigns were cool and funny. That narrator voice did upped the quality of game by level or so. I bought all expansion and had a blast. However, I think they seriously need further increase their post-release patches and meaningful expansions. In Dungeons, it was cool and worth it. I can't say the same for Tropico 5, where I have never felt that expansions are worth it, from content and price perspective. And as for Grand Ages: Medieval, this game screamed for bunch of DLCs, making the game much less bland and more like heavily trade-oriented grand strategy game.

I feel that they should look at other companies in similar genre. Although I started to hate the way how Paradox do stuff, their games are eventually becoming better with content that one would really assume to be there in first place. And if we look at Firaxis, the DLCs are worth it and make games seriously better (Civ 4 after two DLCs, Civ 5 after two DLCs, we will see similar trend in Civ 6 I think). The result is that the games, that have serious potential and are in those "I can play this game for YEARS!" are getting:
1. loyal fanbase due to feeling that the game is worth it from very long-time perspective
2. additional content with mods due to loyal and active fanbase
3. long shelf-life as the game gets better with time and mods
Which makes hype for new one even better and devs can utilize community in basically implementing ideas and testing them in mods. Which then can show possible direction of additional expansion/sequels.

However, I don't feel that Kalypso does any of those things. Even though most, if not all, its games are in the genre that would most benefit from this. I could gladly buy few more DLCs for Dungeons 2.

Thanks for emailing them, here's to hoping they take note of it.

Sadly, as big as GOL is (quite big now in fact), we are still ignored by many.
0 Likes

poisond 22 Feb, 2017
View PC info
Dungeons 2 was awesome, especially since it didn't require a lot of micro-management so it was perfect for BPM+Steam Controller.
1 Likes, Who?

View PC info
I Kickstarted War for the Overworld, and, although it's the spiritual successor to Dungeon Keeper 2, with the blessing of Peter Molyneux, and the same narrator as DK2, I vastly prefer Dunngeons 2; it seems to be more fun, the graphics are great, the narrator is fine, and I even like the Overworld. D3 is on my "wait for it" list.
0 Likes
1/2»