Wizard of Legend [Official Site, Steam] is a very promising looking fast-paced 2D dungeon crawler I briefly mentioned last year, the new trailer is looking good. They've announced that they've teamed up with Humble Bundle to publish the game, although it seems they will only handle the console releases.

The actual release is expected sometime next year, but no clear date is being given yet. To keep us going, they've put together a fancy new trailer to showcase some of the newer content: 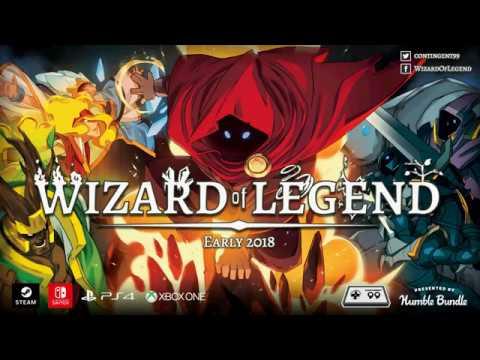 Wizard of Legend is a fast paced dungeon crawler with rogue-like elements where you assume the role of a powerful wizard intent on overcoming the Chaos Trials to become a Wizard of Legend.

Battle your way through each challenge by defeating powerful conjured enemies! Collect valuable spells and relics and build up your magical arsenal to fit your playstyle! Achieve mastery over magic by chaining spells together to create devastating combinations! Face and defeat council members in magical combat to become a Wizard of Legend!

I'm excited, because they've already proven they can do a fully working Linux version with the demo that was up with their Kickstarter, which I tested. The mechanics all felt pretty solid too, so it's going to be fun to see that translated into a full game.

View PC info
Yep good one, I tried this game found on itch.io , the gameplay is very good, the question I have, is will there be a multi player mode?
0 Likes