FEZ has a massive 1.2 update that switches out MonoGame for FNA & SDL2 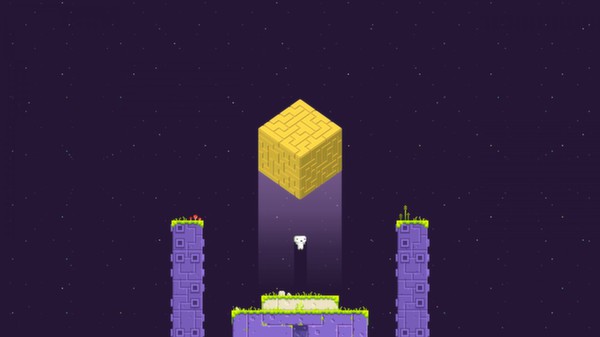 Ethan Lee is at it again, the hit indie platformer FEZ has released the big 1.2 update that ditches MonoGame for FNA.

Ethan told me directly that he worked on it himself along with Renaud the main FEZ programmer.

Also interesting is that OpenGL calls are now done on a single thread to avoid driver-specific issues and crashes during loading. Another one for Linux is that they added PS4 light bar support for us.

See the release announcement here. Ethan also did his own post about it on G+.

View PC info
That's nice. I have it in my library but haven't played it yet.
0 Likes


Quoting: operaThat's nice. I have it in my library but haven't played it yet.

I suggest you get on it. I doubt it will disappoint :)
1 Likes, Who?

View PC info
Loved this game. Sounds like a good time to replay it!
0 Likes

View PC info
I originally bought Fez back when I had an Xbox360 & as soon as it appeared on Steam I grabbed it again, it's a brilliant 2d platformer that's 3d at the same time. :D
0 Likes

edo 19 Aug, 2016
View PC info
I tried this game and it was boring, yet people always keep saying than its a great game
0 Likes

Quoting: edoI tried this game and it was boring, yet people always keep saying than its a great game

Because different people have different tastes. Words like "good", "bad", "boring", "badass" are completely subjective. There's nothing wrong with liking or disliking something that others have an opposite opinion of.
5 Likes, Who?

M@GOid 19 Aug, 2016
View PC info
Somebody know what Ryan C. Gordon (icculus) is doing lately? The guy was THE Linux porter some years ago but I did not see his work anymore.
2 Likes, Who?

View PC info
If Ethan is looking this way, THANKS MATE! :D
0 Likes

View PC info
Cool thing, but I've no respect for Phil Fish after his opinion about streaming content.

Anyone not following, here's an article about it:
Fez Creator Phil Fish: YouTubers Should Pay Game Devs "Huge Portion" of Revenue

I know he is not the one porting it, but still, I suppose he gets revenue somewhere along the line.

View PC info
Hopefully they'll also release the update for the DRM-Free version on Humble Bundle, otherwise I won't be able to enjoy this update at all.
0 Likes
1/3»
While you're here, please consider supporting GamingOnLinux on: