GOG have rescued another classic game, this time it's Death Gate and it comes with a Linux version wrapped up with DOSBox.

Originally released in 1994, this retro adventure game is loosely based on The Death Gate Cycle series of books from Margaret Weis and Tracy Hickman. 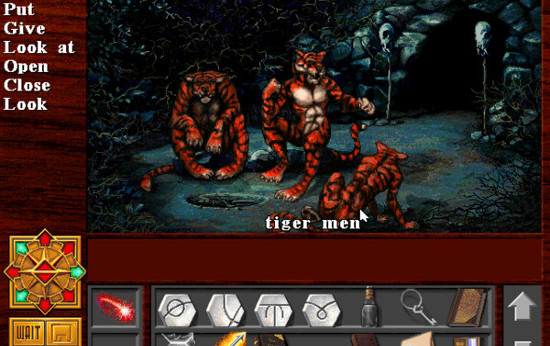 The GOG download comes with their usual installer powered by MojoSetup and gives you a DOBox setup configured and ready to go.

Not one I'm familiar with, and it doesn't interest me personally but GOG were kind enough to provide me with a build to test. As expected from GOG, it worked perfectly on Ubuntu 17.10 without any issues. Even though this time around it's not something I was after, I think it's still great GOG get these classic games available for everyone, I'm sure someone will appreciate it.

Long ago after centuries of war, the sartan race smashed the world seal and sundered the earth into separate magical realms, each sealed from the other by the powerful Death Gate.

In isolation, magic was corrupted, knowledge lost and the common humanity that once bound the world was forgotten. The defeated Patryns, trapped in the nightmarish prison realm of the labyrinth, became twisted with hatred and plotted their revenge.

Born in this savage and unforgiving land, you escape and undertake a new quest - to find the pieces of the world seal, wreak revenge upon the sartan and deliver your people from the daily torment of their living hell.

View PC info
Ah, I remember this game. The story was quite original and quirky, and some choices were rather hard. For instance, at some point simply using magic would equal to killing sleeping population.

View PC info
I'll care about GoG when they port Galaxy to Linux.
1 Likes, Who?

View PC info
Meh… Another "MS DOS"™ game I have absolutely no reason to care about. GOG has a lot of problems with current gen Linux (like, blatant lying about Galaxy™ for Linux being "In Progress" ), they should be its top priority.
Yet, someone could find this release interesting, maybe.

qptain Nemo 3 Jan, 2018
View PC info
Super recommended. One of the best games in the history of the genre. Really happy this happened, with Linux support no less.
3 Likes, Who?

View PC info
Never played the game... But I thoroughly enjoyed the books... Anyone here do both and can comment on if the game is worthwhile for those who read the books?
0 Likes

Quoting: Alm888Meh… Another "MS DOS"™ game I have absolutely no reason to care about. GOG has a lot of problems with current gen Linux (like, blatant lying about Galaxy™ for Linux being "In Progress" ), they should be its top priority.
Yet, someone could find this release interesting, maybe.

Thats...umm..hard to comment. While yes, as linux gamers we here want GOG to focus on linux support we should not forget that initially GOG was all about bringing back OLD games and there is still rather big group of customers which says "i dont care about new games, i was my childhood titles back" and GOG doesnt forget about them too.
While everyone understand that old games stock is limited and its gettin harder and harder to dig them out i think its rather nice they still true to themselfes.
2 Likes, Who?
While you're here, please consider supporting GamingOnLinux on: