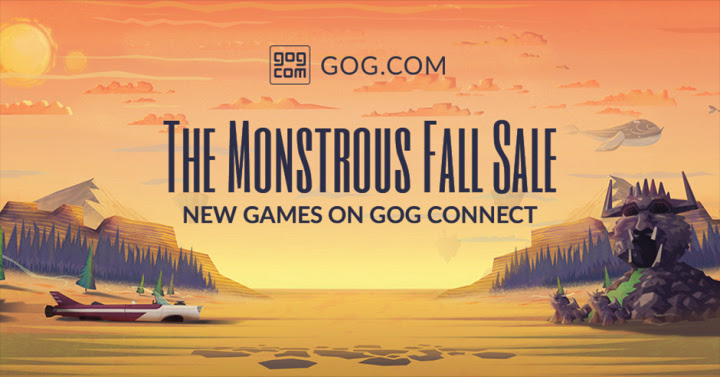 GOG Connect is the ability to own games on GOG, that you already have on Steam. Alongside the currently sale going on at GOG, the team have added in new titles for you to bring over to GOG for free.

All you have to do is have an account at GOG, and own the games on Steam already. Then you will be able to grab them on GOG as well. It's a great thing for GOG to do, as gamers are quite accustomed to buying in one place and having access to their games in many places.

They didn't give us an exact list of what's included, but they said:

There's a total of 20, we know that much at least.

The new games will be available to grab until November 13, 10:59 AM UTC. Article taken from GamingOnLinux.com.
Tags: GOG
4 Likes, Who?
We do often include affiliate links to earn us some pennies. We are currently affiliated with GOG, Humble Store and Paradox Interactive. See more here.
About the author - Liam Dawe

I am the owner of GamingOnLinux. After discovering Linux back in the days of Mandrake in 2003, I constantly came back to check on the progress of Linux until Ubuntu appeared on the scene and it helped me to really love it. You can reach me easily by emailing GamingOnLinux directly.
See more from me
Some you may have missed, popular articles from the last month:
The comments on this article are closed.
19 comments
Page: 1/2»
khansei 7 November 2016 at 1:37 pm UTC
View PC info
That's good! I'm getting the games again, but I'll not be playing GOG Games until there is a linux client... Having automatic update is a must-have features nowadays.
6 Likes, Who?

View PC info
Your quote has all the Linux games available except for Frozen Cortex, Frozen Synapse, Risk of Rain and Vangers. Of course Metro 2033 Redux is Windows only on GOG for some reason.
0 Likes

View PC info
@khansei 90% of GOG games works on wine. You can use PlayOnLinux, they even have presets for GOG games.
1 Likes, Who?

View PC info
GOG and CDPR are absolutely DEAD for me...
Stop GOG "advertising" until GOG Galaxy arrives to Linux!
1 Likes, Who?

elbuglioneGOG and CDPR are absolutely DEAD for me...
Stop GOG "advertising" until GOG Galaxy arrives to Linux!

Yes, it's not optimal, but you can still play Linux games from GOG even without Galaxy, so I see no point in the hatred.
4 Likes, Who?

View PC info
Something don't work here...
I have the two remastered Broken Sword games on Steam, but it says: "NO ELIGIBLE GAMES FOUND" and those games appear grayed out in the list.

Anyone else have a similar issue?
0 Likes

TuxusSomething don't work here...
I have the two remastered Broken Sword games on Steam, but it says: "NO ELIGIBLE GAMES FOUND" and those games appear grayed out in the list.

Anyone else have a similar issue?

Have you had the games there for a while or did you add them recently to Steam? I ask this because I added Risk of Rain and Broken Sword 1 to Steam just today (had 2 Humble keys) and took a while for GOG Connect to see them but I did redeem them.
0 Likes

View PC info
Thanks for the heads up. Having limited periods where you can redeem games makes the whole concept rather impractical.
0 Likes
1/2»