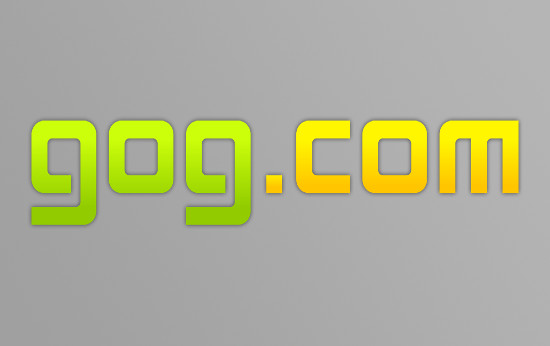 The highly anticipated GOG Galaxy client has arrived for Windows & Mac in beta form, but sadly not for Linux yet. They do mention we will get it "eventually" though in their FAQ:


Quote9. Will you release a Linux version of GOG Galaxy?
A Linux version of our client is planned eventually, but we don't have an expected release date right now. Stay tuned for future announcements!

It's always a shame when we are kept waiting, but everyone does need to keep in mind we are the minority, and we aren't going to be a big earner for GOG.

What is GOG Galaxy?
GOG GALAXY is a fully optional client to install, play and update your games. It also offers online multiplayer, achievements, chat, game-time tracking and more - but it’s up to you which features you want to use.

It promises to be quite like the Steam client, only optional. GOG will still allow totally DRM free downloads.

I think one of the most exciting features is the cross-play between GOG and Steam online. It's one of the great strengths of the PC to allow things like this, while Microsoft and Sony lock down their online platforms.

It's a fantastic idea, and good to see it come to life. It's just frustrating to be sidelined. Article taken from GamingOnLinux.com.
Tags: Editorial, GOG
0 Likes
We do often include affiliate links to earn us some pennies. We are currently affiliated with GOG, Humble Store and Paradox Interactive. See more here.
About the author - Liam Dawe

View PC info
I tried the alpha of Galaxy on a VM and it seems like a nice and well-designed client. Once they get the client running natively on Linux I'll probably buy games from GOG rather than Steam every time I can.
1 Likes, Who?

Quoting: SamsaiI tried the alpha of Galaxy on a VM and it seems like a nice and well-designed client. Once they get the client running natively on Linux I'll probably buy games from GOG rather than Steam every time I can.

I would also much prefer to buy from GOG for their values, but I like the convenience of the Steam client. This is how I imagine a lot of people feel about Galaxy.
1 Likes, Who?

View PC info
I would actually well imagine that Linux has far more share on Gog than on Steam.

But actually here they say: "GOG Galaxy requires at least Windows 7 or Mac OS X 10.8 and soon is coming to Linux."
1 Likes, Who?

Quoting: LeonardKI would actually well imagine that Linux has far more share on Gog than on Steam.

But actually here they say: "GOG Galaxy requires at least Windows 7 or Mac OS X 10.8 and soon is coming to Linux."

Yeah, but their FAQ states eventually, so their language relating to Linux on that page alone is conflicting.
0 Likes

Quoting: LeonardKI would actually well imagine that Linux has far more share on Gog than on Steam.

But actually here they say: "GOG Galaxy requires at least Windows 7 or Mac OS X 10.8 and soon is coming to Linux."

Yeah, but their FAQ states eventually, so their language relating to Linux on that page alone is conflicting.

I hope the info below the download is more up-to-date. I think it even is rather probable, as this seems to be much more definitive. Maybe they just forgot to update the FAQ *hoping*
0 Likes

View PC info
Those features look pretty fantastic! Can't wait for it to come to Linux.
1 Likes, Who?

alex_gol 5 May, 2015
View PC info
Can't wait for it!
Really hope that galaxy becomes and alternative to steam, and more AAA titles will find their way on gog.

I'm happy what steam did for linux gaming but was disapointed with the latest changes they did.
Especialy game developers being to ban you completly from playing their games on steam.

Galaxy seems to go a very nice way with being "optional" in a lot of ways. If they somehow could manage to add Humble Bundle accounts to their platform it would be an absolute dealbreaker for me.
2 Likes, Who?

Plintslîcho 5 May, 2015
View PC info
I don't care for any clients. I don't need a piece of software to initiate another software. Clients such as Steam are only in my way (and I usually consider them a pain in the neck).

However, I'm a very happy GOG.com customer, so maybe I'll give their client a try once it is released for Linux. At least their client is optional, which already is a major advantage.
1 Likes, Who?

View PC info
Will be nice to have if we ever see it. If the "downloader" part does multi connections like steam does it should make for faster downloads. I have 60Mb down here and while it will initially run that fast it tends to slow to about 20Mb (or slower) for a single connection after a minute or so. So if it can do say.. 10 connections at a time it would triple my speed. That is the one thing I regretted about buying Wasteland2 from them. One big 12GB tar and then they didn't release just patches so when it was updated I had to re-download a 12GB file AGAIN. So hopefully a working patch system AND multi part downloader comes with it. *fingers crossed*
0 Likes

View PC info
This seems much better than Steam and other shittier alternatives like Origin or uPlay.
1 Likes, Who?
1/2»
While you're here, please consider supporting GamingOnLinux on: