Despite the SteamOS icon (meaning Linux support) no longer showing on Steam, tinyBuild confirmed to us today via email that the plan is to still have a Linux version of Graveyard Keeper [Official Site] at launch. They said they're still testing the builds, which is probably why Linux wasn't included during the alpha testing period.

The current launch is scheduled for August 15th, with tinyBuild announcing today that it "has gone gold" for release. 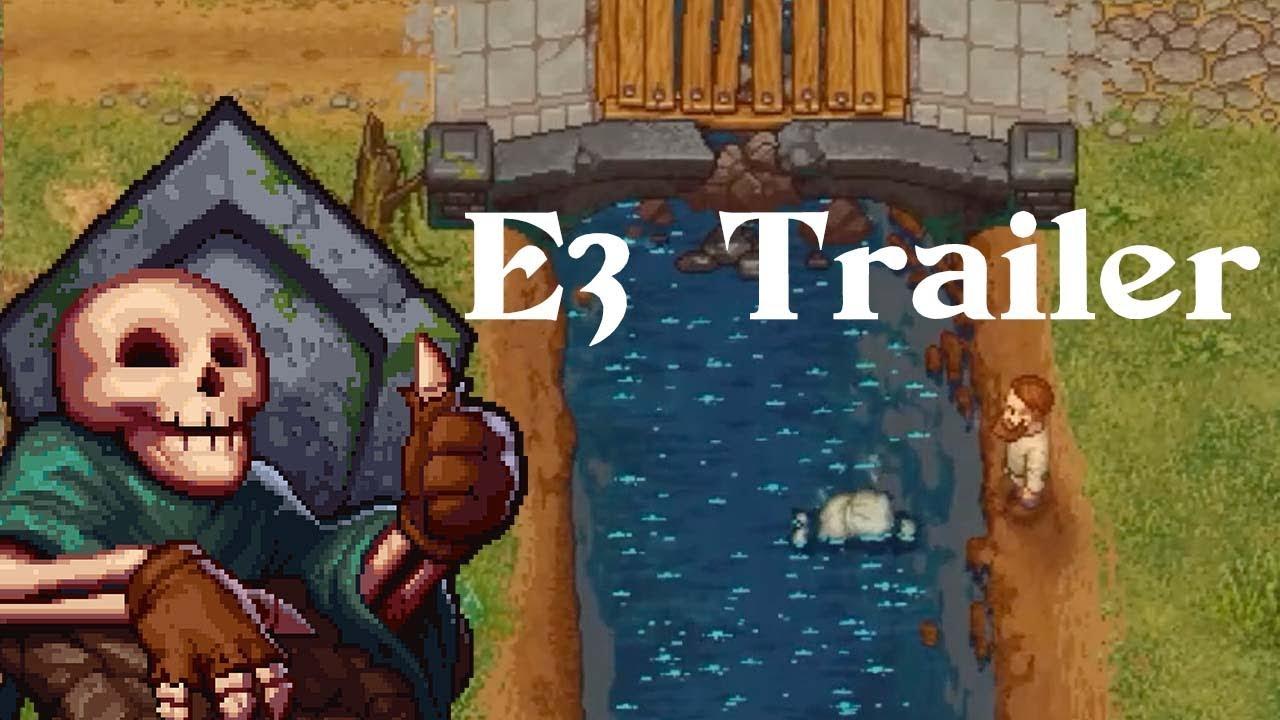 Graveyard Keeper is the most inaccurate medieval cemetery management sim of all time. Build and manage your own graveyard, and expand into other ventures, while finding shortcuts to cut costs. Use all the resources you can find. After all, this is a game about the spirit of capitalism, and doing whatever it takes to build a thriving business. And it’s also a love story.

Follow it on Steam and wishlist if it interests you. From the gameplay I've seen, it looks like it could be pretty amusing and slightly weird.

Also, we've now been given a key to review it, although we won't get access until release so keep an eye out.

Article taken from GamingOnLinux.com.
Tags: Adventure, RPG, Steam, Upcoming
16 Likes, Who?
We do often include affiliate links to earn us some pennies. We are currently affiliated with GOG, Humble Store and Paradox Interactive. See more here.
About the author - Liam Dawe

View PC info
I might get this one even though it's single-player. Looks entertaining.
0 Likes

Ketil 10 Aug, 2018
View PC info
I played one of the first builds in wine. It's quite fun. The installer doesn't work in wine, but it works if you use a VM with windows to install it and then copy over. The vm can be fully offline if you download the update on linux and move it over.

I need this game. I never did play Stardew Valley, but this looks brilliant!
1 Likes, Who?

View PC info
Looks like this game will have a dark sense of humor. My interest has been piqued.
0 Likes

Quoting: KetilI played one of the first builds in wine. It's quite fun. The installer doesn't work in wine, but it works if you use a VM with windows to install it and then copy over. The vm can be fully offline if you download the update on linux and move it over.

Don't tell that story to people that you're trying to convert to Linux gaming! :P
0 Likes

View PC info
The game is out on GOG too, but for the moment only the Windows build.
Great surprise! ^_^
0 Likes

Ketil 15 Aug, 2018
View PC info
The steam version works well on ubuntu 18.04 as long as I use software cursor(default) and don't switch over to hardware cursor. Played through the first 1.7 days.
0 Likes
1/2»
While you're here, please consider supporting GamingOnLinux on: