Icewind Dale: Enhanced Edition has been announced to much fanfare and it looks like it will be getting a Linux version. Well sort of, maybe, we aren't quite sure. 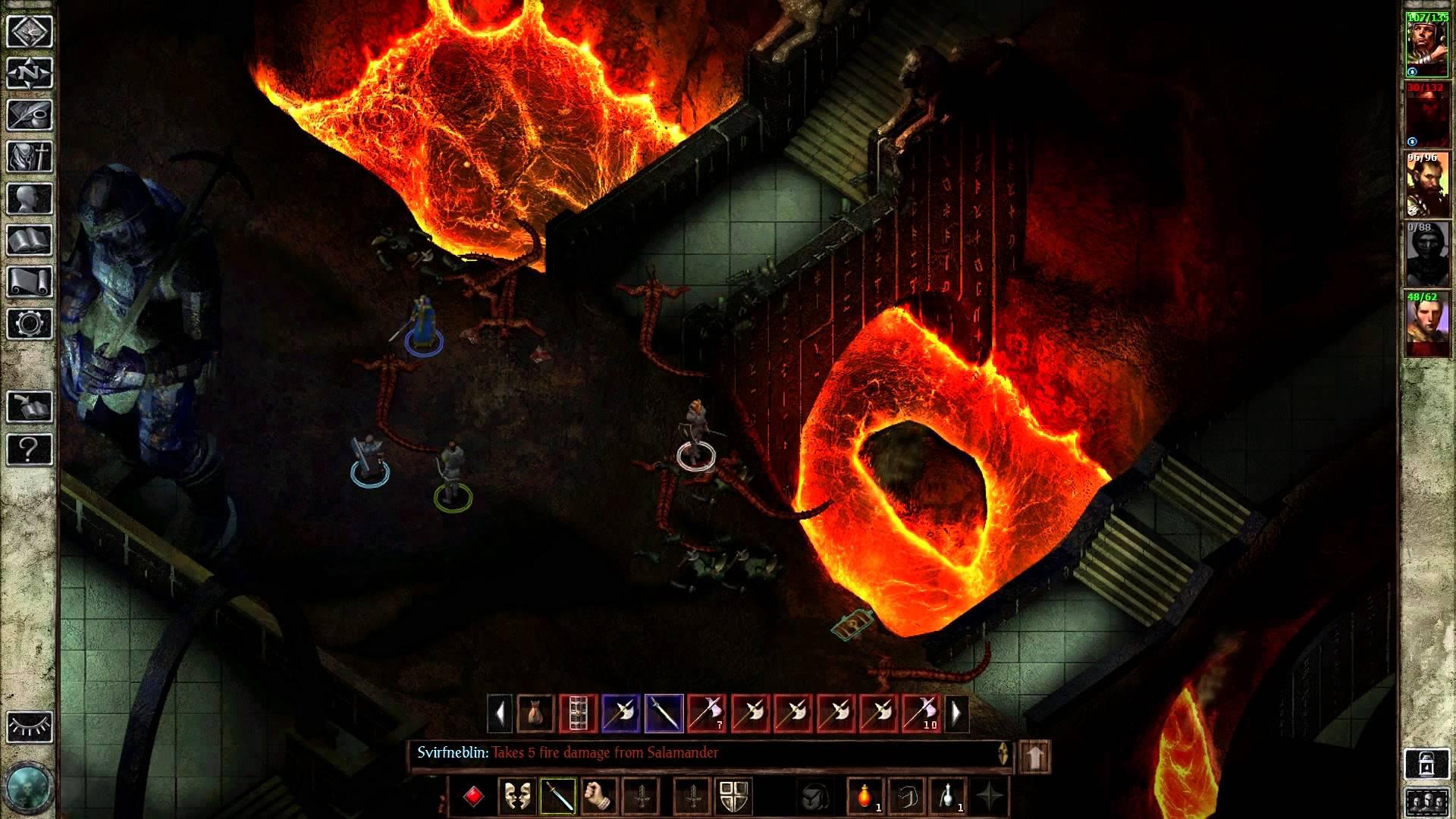 The problem is "Linux" has only been mentioned once that we can see, and that's on their Steam coming soon button. It's not mentioned in any other announcement or their FAQ, but this is still on their official site.

We have reached out to Trent Oster about IWD:EE for clarification:

@TrentOster can you confirm IWD:EE will be on Linux? It mentions it on the steam image, but no where else? Bit confusing!

No reply as of yet.

We always suggest holding off on buying anything until the Linux version is actually downloadable. We will update this article if we do get a reply, but if you see one elsewhere about it be sure to email us.

For someone like myself who always wanted to play the original and never got around to it this is exciting! I just wish they were more bloody clear about it.

Originally released in 2000, Icewind Dale is a Dungeons & Dragons game set in Wizards of The Coast's legendary Forgotten Realms. This Enhanced Edition allows players to experience the epic adventure on PC, Mac, iPad, iPhone, and Android tablets and phones, and includes a host of new features.

Baldur's Gate
So, with the Steam button saying Linux why are we so confused? They are the same developers behind Baldur's Gate: Enhanced Edition which was announced to be coming to Linux in December 2012, and it still hasn't managed to surface. We do have a rather unhelpful update below on that though:

@IGerth News is we plan on shipping Linux on steam as part of our upcoming Steamplay support.

Article taken from GamingOnLinux.com.
Tags: Preview, RPG, Upcoming, Video
0 Likes
We do often include affiliate links to earn us some pennies. We are currently affiliated with GOG, Humble Store and Paradox Interactive. See more information here.
About the author - Liam Dawe

I am the owner of GamingOnLinux. After discovering Linux back in the days of Mandrake in 2003, I constantly came back to check on the progress of Linux until Ubuntu appeared on the scene and it helped me to really love it. You can reach me easily by emailing GamingOnLinux directly.
See more from me
The comments on this article are closed.
16 comments
Page: 1/2»
micmon 31 August 2014 at 6:25 pm UTC

I never finished IWD... maybe I would give it another try if the EE is released for Linux.

Good to see you writing lots of articles again btw

View PC info
i would love to play these games natively, but i do loath the dev for treating the linux gaming community as third rate people. i will buy as soon as the native version comes out. that will propably not happen before 2017

View PC info
loved baldurs gate, skipped this one tho because it looked to similar. i kinda regret this but never could go back to the "horrible" graphics just for the gameplay. so yeah im pretty much excited.

to be honest, technically we are just that

Quoteto be honest, technically we are just that

technically we are first rate people but numerically we are indeed third rate. I hope steambox will bring alot of new gamers and linux adepts
0 Likes

View PC info
I got very far into Icewind Dale on the Mac port at the time. I had a good time playing it, but to me the story is much weaker than both Baldur's Gates. Still, the gameplay is a lot of fun if you like D&D game mechanics.
0 Likes

I personally think the graphics of the Infinity engine games are beautiful.
And if you're talking about the small screen space because of the low resolution: there's a mod for that.

omer666to me the story is much weaker than both Baldur's Gates

Of course. The two Icewind Dale games were always meant as low story actiony titles. Planescape: Torment is the opposite: high in story and low in combat. The Baldur's Gate games are kind of in the middle, balancing story and action.
1 Likes, Who?

View PC info
Just A Friendly Reminder: Don't Buy A Game Until It Is Officially On Linux. This seems to apply here quite a bit considering the situation with Baldur's Gate: Enhanced Edition.
1 Likes, Who?

View PC info
In fact, Windows gamers were underwhelmed by BG:EE; PC Gamer pointed out that the superior BG experience lay in modding the original game with a well-crafted and certainly bug-free bunch of mods. For games of this type, and I do like them, the Real Deal will be Torment:Tides of Numenaria, and Pillars of Eternity. Both will have the orthogonal view of your party, with an advanced plot (these are the same people who did Planescape:Torment, which should be all you need to know), and the tried-and-true Black Isle pausable combat system we all used to love, back in the day.

Those are the games I am waiting for, at any rate. I did support both on Kickstarter (after getting excited over Wasteland 2), so it's just a matter of time.
0 Likes

lavelnever could go back to the "horrible" graphics just for the gameplay.

I will definitely buy this on Linux if it is released. I am hungry for more quality RPGs.
0 Likes