A little later than expected, but Linux versions of Sudden Strike 4 & the Road to Dunkirk DLC are now available on GOG. 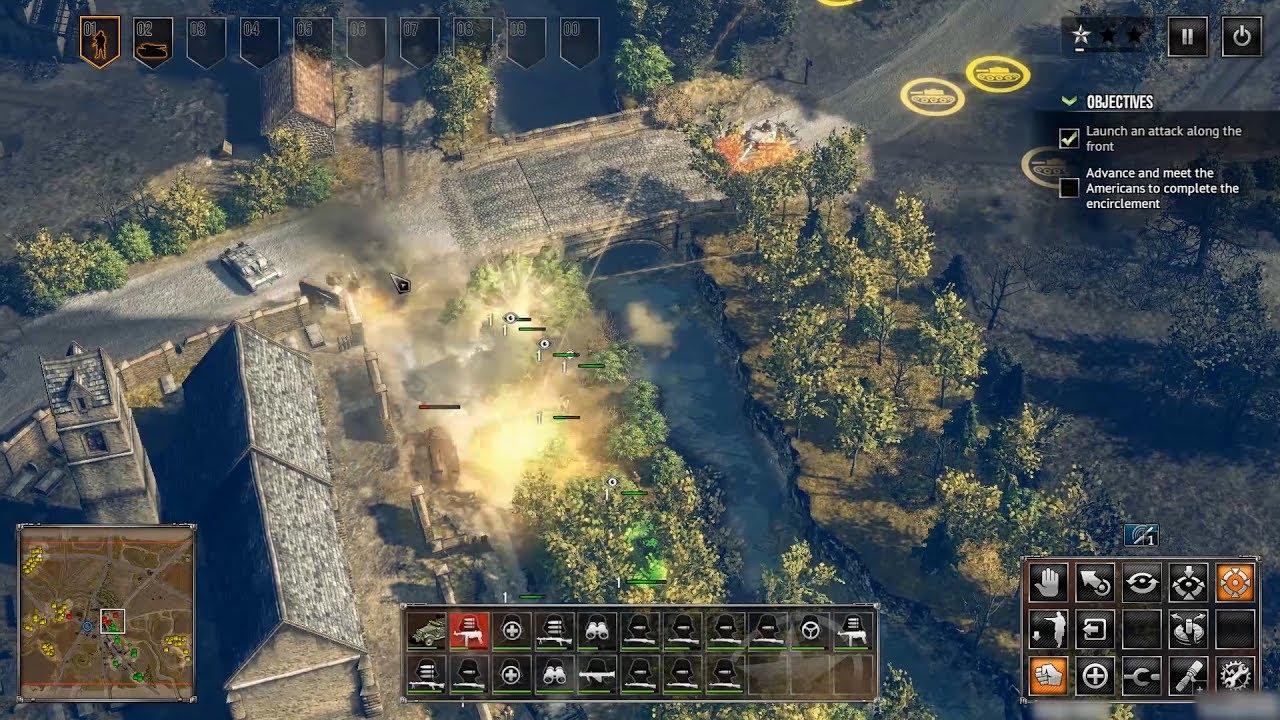 I'm still a fan of the single-player myself, but the multiplayer really isn't anything special at all. Especially since it's locked per-platform, so Linux to Linux only. The developer still won't reply to me on that, considering I was told before release it was cross-platform online.

The good news is that GOG have told me that multiplayer is compatible between GOG and Steam.

GOG provided me with a copy to test and make sure it works okay. The slightly bad news is that the download currently seems to have a broken launch script. It seems someone at GOG may have done a little copy/paste screw up (happens to the best of us), as it looks for a different game. I've let them know about the issue, so it should be fixed soon. Launching the actual game directly works fine though, so it's not a major issue.

You can see my original thoughts on the game here.

Article taken from GamingOnLinux.com.
Tags: DRM-Free, GOG, Strategy
6 Likes, Who?
We do often include affiliate links to earn us some pennies. We are currently affiliated with GOG, Humble Store and Paradox Interactive. See more here.
About the author - Liam Dawe

I am the owner of GamingOnLinux. After discovering Linux back in the days of Mandrake in 2003, I constantly came back to check on the progress of Linux until Ubuntu appeared on the scene and it helped me to really love it. You can reach me easily by emailing GamingOnLinux directly.
See more from me
Some you may have missed, popular articles from the last month:
The comments on this article are closed.
5 comments
Swiftpaw 9 Nov, 2017

View PC info
We know it's the Linux version, this is GamingOnLinux, so, kind of redundant, just something to think about. :3

Still need to try this game out sometime.
0 Likes

SwiftpawWe know it's the Linux version, this is GamingOnLinux, so, kind of redundant, just something to think about. :3

It's extremely important for search engines actually. It helps to distinguish our news from normal Windows news.
3 Likes, Who?
Swiftpaw 9 Nov, 2017

SwiftpawWe know it's the Linux version, this is GamingOnLinux, so, kind of redundant, just something to think about. :3

It's extremely important for search engines actually. It helps to distinguish our news from normal Windows news.

View PC info
I'm curious how is the multiplayer handled without Galaxy on Linux, if it has LAN it's a definite buy.
1 Likes, Who?

I'm really interested in this game (single player only).
0 Likes