Looks like Shadow of Mordor has bad graphical bugs with Nvidia 364.12

Just a heads up, you might want to avoid Nvidia driver 364.12 is you play Shadow of Mordor (or want to play it soon). Nvidia have stated it's an issue Feral Interactive need to fix:


QuoteThis is a known application bug. It has been reported to Feral Interactive, the company that ported the game to Linux. 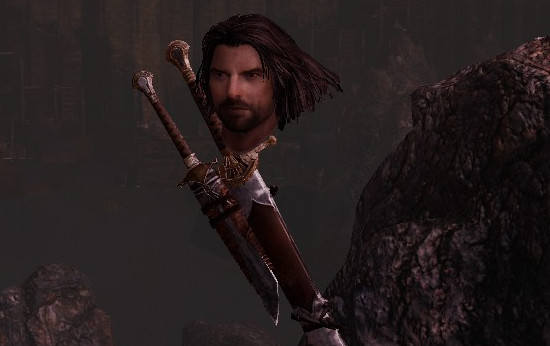 We do often include affiliate links to earn us some pennies. We are currently affiliated with GOG and Humble Store. See more here.
About the author - Liam Dawe
I am the owner of GamingOnLinux. After discovering Linux back in the days of Mandrake in 2003, I constantly came back to check on the progress of Linux until Ubuntu appeared on the scene and it helped me to really love it. You can reach me easily by emailing GamingOnLinux directly.
See more from me
Some you may have missed, popular articles from the last month:
The comments on this article are closed.
49 comments
Page: «3/5»
Samsai 28 Mar, 2016

View PC info
Funnily enough Shadow of Mordor renders just fine on my R7 370 with open source drivers. Everything is on as low as it goes and I had to override some missing GL spec but I definitely see more than just the head.
0 Likes

Quoting: SamsaiFunnily enough Shadow of Mordor renders just fine on my R7 370 with open source drivers. Everything is on as low as it goes and I had to override some missing GL spec but I definitely see more than just the head.

Renders fine on a 290x with the cat drivers too.
0 Likes

Quoting: neowiz73oops :P yeah I've been using 364.12 myself. haven't seen anything like that yet though. maybe they should just upgrade it to vulkan :P
it would be interesting to test out.

Well, If they decide to change to Vulkan, possibly they will need to rewrite entire program because of the API architectural difference (opengl4 stands against dx11 as vulkan stands against dx12) and imho this is work for the original developers and not for Feral (which probably doesn't have permission to change so much source code) since Vulkan also works in Windows and overall costs will be less, basically two (or more) platforms at the price of one.

Probably this bug is a buffer allocation conflict and not so hard to fix since character renders comes apart from world and objects render.
0 Likes

View PC info
I ran into this Shadow of Mordor rendering bug on nVidia 364 drivers just last night in Ubuntu 15.10, also! Glad to see it made the news here on GoL, so it's not just me that is having some arcane problem only happening with my Linux PC. Which probably means all I'll have to do to fix it is wait for a patch from Feral - which sounds better than having to roll back my nVidia driver.

Quoting: lucinossupporting only closed source drivers, is of course better than nothing, but is should never considered a job well done that does not need fix.

This example demonstrate why.

That is a theory but it's incorrect, let me provide a little detail for you all. :-) We support Intel, AMD and Nvidia on Mac & Linux OpenGL whenever possible and during development all cards and platforms get tested (so we know what can be supported and what can't). When we come up against bugs and issues we make sure they are logged with the driver teams be that open or closed source.

AMD/Intel Mesa - Was missing a huge number of features when the game was in development, the list of features missing now is much smaller but the missing items are still critical ones that cause floating heads, missing weather etc due to lack of compute & tessellation shaders. Some of these no longer occur with the latest Mesa drivers (due to Tessellation being added) but come key items like weather and killer bees won't render without compute.

AMD Closed - This game was the first game to heavily use OpenGL 4.3+ for key features that cannot be disabled, we found a number of issues with the drivers during development that needed to be fixed before we could support the game. We worked with AMD prior to release and the drivers have improved a lot since then however there are still some issues left open on specific setups however many modern setups now run the game without graphical or stability issues.

The issue that was uncovered in the new Nvidia driver was a minor bug that existed briefly on our Linux build around the time of the Mordor release that was benign (i.e. it exhibited no symptoms or errors in the game) but was not technically to spec. This is separate to the bug seen on AMD Mesa which is caused by some OpenGL features being missing from the Mesa driver on Mordor's release.

Now the issue is no longer benign due to driver updates we have a patch in progress to fix the issue, Nvidia told us about it prior to the driver launch and we started on a patching the game which is in progress right now, if people with these drivers who are effected contact Feral support we can keep them updated on the status of this patch.

Thanks again to everyone who bought Mordor on Linux you're all awesome :D

Quoting: lucinossupporting only closed source drivers, is of course better than nothing, but is should never considered a job well done that does not need fix.

This example demonstrate why.

It didn't run all that well on closed source drivers anyway. I found the framerate drops made it unplayable.

Sorry to hear that :( most people found the game ran great (based on the feedback we gained) although as with all software some people did seem to have some issues.

We solved the majority of initial issues via support did you ever contact Feral's support so we could look into your exact issue?

Finally to everyone reading this post please note feedback is really key to making our games better so if you have a problem please make sure you contact our support via email as that allows us to get more detail (and ask follow up questions) that allow us to improve our games and in some cases the graphics drivers for Linux as well. This leads to better games and better drivers for everyone :)

We'll see if it will be fixed. If it's an application bug, I'm pretty sure Feral will act. At the moment, it runs perfectly fine on the majority of machines. Well, except for SteamOS and Archlinux which seem to be the only distributions shipping the new drivers :D.
0 Likes

Quoting: STiATWe'll see if it will be fixed. If it's an application bug, I'm pretty sure Feral will act.

Did you miss edddeduck's posts? They "have a patch in progress to fix the issue". So I guess it's a safe bet they'll act. :)
0 Likes

Yep, I did mention we have a patch in progress that fixes the issue. :-)