It's been a wet and windy day here, so I blew the dust off my copy of Lovers in a Dangerous Spacetime to share with the family and it's the single most bit of fun we've had all together with a PC game before.

It's an older game now, seeing as it release back in 2015 but don't let that put you off. There's a serious amount of fun to be had in this absolute gem of a game.

We got so insanely into it, that I never thought I would be shouting "GET THE BUNNIES" or "GET TO THE HEART" and things like that, while maniacally laughing as we utterly failed to pilot a spaceship together.

Here's a little cut of some of the madness: 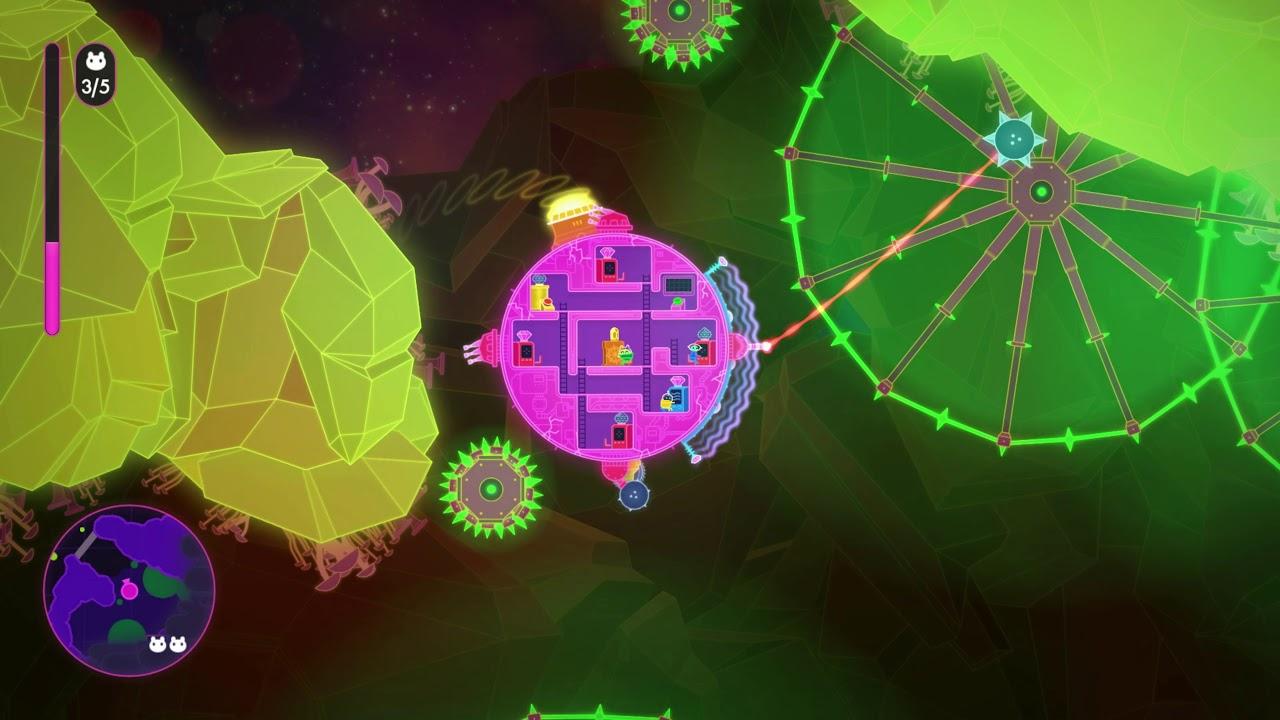 We did have an issue with multi-screen support, although that was easy enough to get sorted in the games settings. Surprisingly, adding in an extra gamepad once you're already going didn't even cause a fuss (some games total crap out on that). We simply went back to the menu, added them in and off we went once again.

All of us were simply animated, constantly laughing at our own failure and pushing each other on. It's a real test of communication, but certainly in a fun way as there wasn't a single time any of us got annoyed at each other. That's a reason why it's so good, even screwing up is pretty funny for all of you. The gameplay is incredibly varied too, since a good 90% of the time you're on the move to the various systems inside the ship, as one of you (hopefully) shouts orders that will keep you alive.

Absolutely recommending this to play with friends, family and younger kids too—brilliant. Back when I briefly wrote about it in 2015, my son was far too young to understand any of it, but now it's happily going to be a game we regularly play together.

You can grab it from: GOG, Humble Store (DRM free + Steam key) and Steam.

Article taken from GamingOnLinux.com.
Tags: Action, GOG, Humble Store, Indie Game, Local co-op, Steam
13 Likes, Who?
We do often include affiliate links to earn us some pennies. We are currently affiliated with GOG and Humble Store. See more here.
About the author - Liam Dawe

I am the owner of GamingOnLinux. After discovering Linux back in the days of Mandrake in 2003, I constantly came back to check on the progress of Linux until Ubuntu appeared on the scene and it helped me to really love it. You can reach me easily by emailing GamingOnLinux directly.
See more from me
Some you may have missed, popular articles from the last month:
The comments on this article are closed.
8 comments
PinballWizard 26 Aug, 2018
My wife and I played this relentlessly on my Linux tower/projector rig. You and yours have good taste my friend!
5 Likes, Who?

View PC info
How old is your son now, Liam? I've got a girl who's six years now, thinking this might be a good game to get for us.
3 Likes, Who?

Quoting: BeamboomHow old is your son now, Liam? I've got a girl who's six years now, thinking this might be a good game to get for us.

Quoting: liamdaweMy boy is six, he had no trouble at all with it :)

Excellent - then we got plans ahead :)
0 Likes

Quoting: GuestHi ! Also looking for advice for both coop "grown up" games like Broforce and also for young children :) (5+ y.o)

I love coop games. Every game gets better with coop. No exception. Mediocre games can even jump a whole level, to "good" or even "awesome".
0 Likes

View PC info
This is indeed an exceptionally fun game. Played it on Xbox round a friends a while back, had it on gold myself. Found it on Linux on steam and purchased it immediately.
0 Likes

View PC info
Thanks for the reminder Liam! My son and I had played this once a couple years ago, and then forgot about it. We picked it up again last night, and had a blast. It truly is a riot of a coop game!

And then my wife pipes in "What are you guys doing?!?"

I suspect we'll be back at it again tonight!
1 Likes, Who?

View PC info
Yep, it's good fun. Another recommendation, for two players only, is Octodad.
0 Likes
While you're here, please consider supporting GamingOnLinux on: