Master an angry mob in Okhlos, now on Linux with some thoughts thrown in 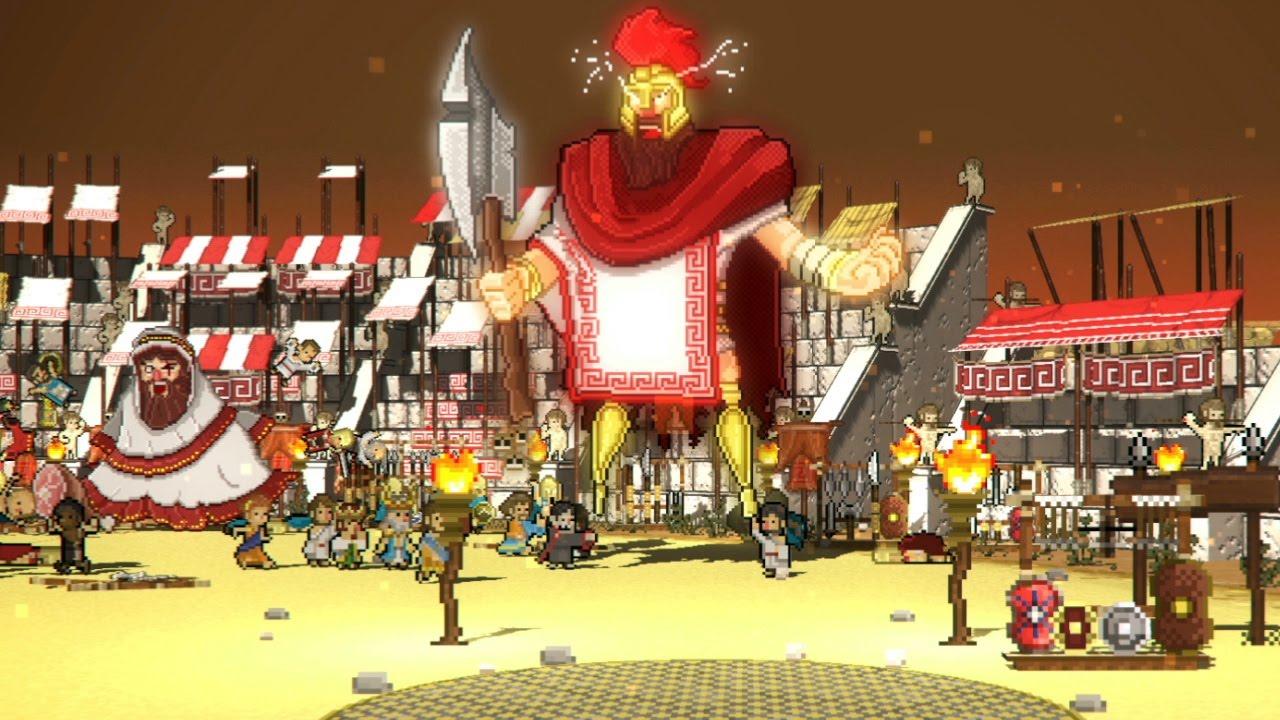 YouTube videos require cookies, you must accept their cookies to view. View cookie preferences.
Accept Cookies & Show   Direct Link
Okhlos is another new released that was provided to me by GOG, I tried it properly tonight during the livestream and sadly it isn't all that good. It wasn't my first time playing it, as the developer sent me an early copy a while ago which I remember well.

Essentially, you're in control of a mob in ancient Greece with a twin-stick shooter feel to it. You control a single character with the WASD keys and the mob with the mouse. You're able to recruit new members automatically by rolling your mob through them, and hold the left mouse button on enemies to watch hell unfold as your mob takes them down.

There's zero strategy to the game, the first boss battle was a complete joke considering how utterly easy it was. You float around with your mob, take down enemies, picking up power-ups and meat for health, destroy everything you can and there's little else to the game. It gets terribly repetitive very quickly.

Nothing in it really makes any sense, you're annoyed with the gods so you decide to go around destroying everything you can and kill the gods themselves.

There is some dialogue, although it's in small doses, makes no sense either and seems to be just thrown in to pace the game a little at times.

I'm going to be brutally honest, the gameplay just isn't all that fun. It has an amusing idea behind it, but I found it to be insanely easy to the point of boredom. People watching in the Twitch chat seemed to agree with my outlook on it too.

View PC info
Authors made a some interesting posts about creating the game (a lot of concept art there): https://forums.tigsource.com/index.php?topic=34910.0

They also explain some ideas that went into it, and themselves admit that they were pressed to come up with IC reasons / justification for the carnage and destruction that player should wreck in the game. I suppose it was intended to be some form of exaggeration, but senseless destruction gets pretty irritating, at least for me.

Admittedly I only came into the stream maybe 15 mins before Liam changed to Deadbolt but from what I saw I think that the game just lacked some structure and direction.

A bit of mob development might make it a little more interesting currently it seemed a little bit random (although I suppose that's what an angry mob is). Perhaps if they added some mob management mechanics and made the whole process a bit clearer. e.g. Formations, unit types, unit levels, promotion etc.

Needs more challenges/special encounters. The boss battle was a bit ridiculous. Perhaps some VS mode or something. Mob on mob action would be fun haha!

Change up some of those market/recruit menus as they were a bit confusing. Tooltips go a long way.

View PC info
The game has pretty sweet soundtrack though:

View PC info
Ooh, I'll have to check out that music; A Shell in the Pit also did the absolutely ridiculously happy main-menu music for Parkitect.
0 Likes
While you're here, please consider supporting GamingOnLinux on: