This will be really great news for any still playing Minecraft [Official Site], as the 1.13 version currently in development will finally get an updated LWJGL. 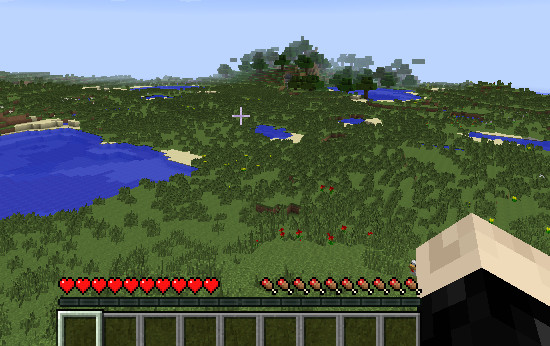 The first development snapshot of 1.13 was release today, with the developer noting that 1.13 is being primarily aimed at making the game run better overall. With that, they've noted that they've finally updated LWJGL (Lightweight Java Game Library) to version 3. This brings many improvements:

We've finally updated to use the newest version of LWJGL. This fixed a lot of long-standing bugs on Mac OS and Linux, and should make for a much more stable playing experience. The biggest benefit you'll experience is that fullscreen mode now defaults to borderless windowed, so that snapping in and out of fullscreen mode is very quick! […]

I gave it a quick run and fullscreen support is much better, it really is instant to switch between fullscreen and windowed now and doesn't have all the weirdness in the current version.

It's really pleasing to know that they're still supporting Linux nicely. Hopefully it won't be long before their new Linux launcher is promoted as the official download over the old java file as it does give a nicer experience.

On top of that, they've added support for "Data packs", which sounds like it might be very useful for modders or for people sharing their content with each other.

View PC info
I run a few Docker instances for my kids to play on that I occasionally play on myself. Some friends of mine also recently dug out an old world from years ago that I threw up on a server to reminisce a bit. In short, I'm happy to see an update coming.
0 Likes

View PC info
Aww got all excited that Linux had been added as an official platform - then realized the story is about "Minecraft: Java edition" rather than just "Minecraft". The renaming stunt they pulled with the 'better together update' will be the cause of confusion for quite some time as it seems the populous at large refuse to honor it ^^
1 Likes, Who?

How did you even get it to work?
Mine stops at "Can't run version, missing minecraftArguments"
0 Likes

View PC info
What problems? I cannot remember ever having problems running Minecraft on linux.
I mean, it's Java. Isn't that kind of the point?
0 Likes

View PC info
Oh thank god :D I hope this correct the issue with Minecraft resetting my damn refresh rate when I exit the game.
0 Likes

On Ubuntu 16.04 Unity, when Alt-tabbing from Minecraft, you can not click anywhere unless you switch desktop first.
1 Likes, Who?

The actual library they're talking about handles a lot of the support for Joystick input, if I recall. I had to update it to get a gamepad to work with Minecraft in Linux.
0 Likes
roothorick 26 Oct, 2017
View PC info
As I said, Java Edition will be around more or less indefinitely, because of modders. Minecraft has one of the biggest modding communities out there, rivaling even Bethesda games. MS knows better than to anger that crowd, and we can comfortably ride on their coattails.
0 Likes

Quoting: roothorickAs I said, Java Edition will be around more or less indefinitely, because of modders. Minecraft has one of the biggest modding communities out there, rivaling even Bethesda games. MS knows better than to anger that crowd, and we can comfortably ride on their coattails.

Exactly. By the way, I don't know what the big deal is with including this library. I had to swap it out with the system library several times in the past anyhow. Much like any other libraries that are stashed within third party software, a lot of times linking it to the system library is not only better, but required.

A good example of this is HipChat on Debian. Newer versions of Debian broke it, because it uses old versions of the Qt SSL libraries. After swapping around some links, it now works perfectly.
0 Likes
While you're here, please consider supporting GamingOnLinux on: