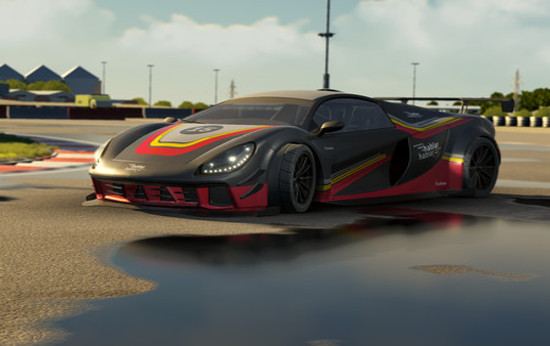 Motorsport Manager [Steam] is to get a major gameplay DLC named 'GT Series' which will add-in closed-wheel racing!

The new DLC will release on February 22nd, so not long to go! It will cost £5.99/$7.99/€7.99 which sounds reasonable for such a big content pack. Alongside this DLC will be a free DLC that will allow you to create your own unique team.

I've been impressed by Motorsport Manager, as it's far more feature-filled than I thought it would be and I think it's worth picking up for fans of racing management sims.

About the DLC (Official)
The GT Pack brings a fresh and exciting challenge, expanding our world of motorsport to the thrilling environment of closed-wheel racing! Managers can fight it out in two series, the proving ground of the GT Challenger Series and the prestigious International GT Championship, with both championships populated with new teams, drivers and staff.

Our beautiful GT cars utilise the brand new Energy Recovery System, which is a real game-changer. As the car moves around the track, it harvests energy, which managers can decide to use in two ways: Hybrid mode, which saves fuel, or Power mode, which gives your car an huge surge of energy, allowing for dramatic overtakes and defences of a position. Article taken from GamingOnLinux.com.
Tags: DLC, Racing, Simulation, Steam, Upcoming | Apps: Motorsport Manager
0 Likes
Share

Quoting: Purple Library Guy"Closed-wheel". So up to now the wheels on all the cars have had gaps in them? You'd think that would make it hard to race.

I'm guessing you don't follow much motorsport? It's a term used all the time :)
0 Likes
While you're here, please consider supporting GamingOnLinux on: