By Liam Dawe - 10 April 2017 at 2:33 pm UTC | Views: 6,384
Serious Sam's Bogus Detour [Steam, Official Site] is another Serious Sam title, but this one is a top-down manic shooter for up to 12 players. It's not actually being created by Croteam, but rather Crackshell, who developed Hammerwatch. 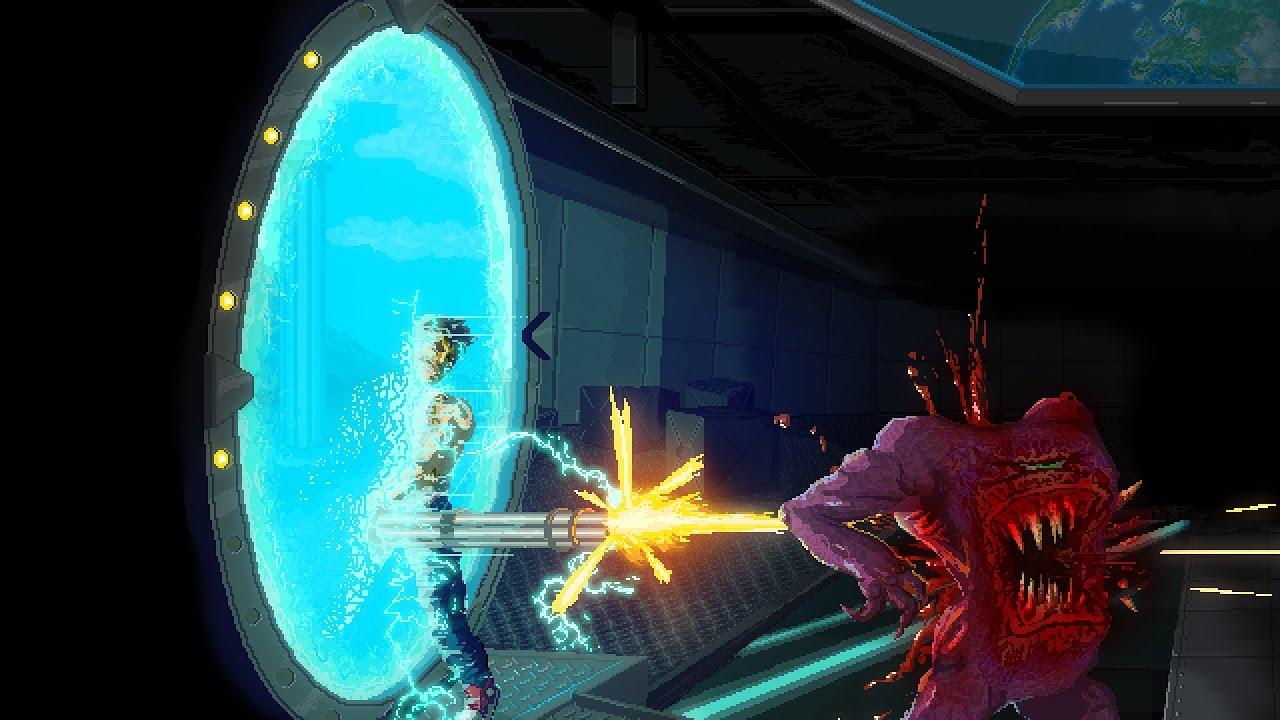 YouTube videos require cookies, you must accept their cookies to view. View cookie preferences.
Accept Cookies & Show   Direct Link
We have a fair amount of top-down action games, but with a bit of Sam thrown in, it might be one to rise above the crop. Something I imagine would be great for our livestreams to play with the community.

It has been in development for quite some time, with the developer showing it off on TIGSource back in 2014.

It's due sometime this summer, with no clearer date set yet. While they have a Steam page set up for it, they also plan a GOG release too.

About the game
Serious Sam’s Bogus Detour is an all-new action-adventure in the legendary Serious Sam saga from Hammerwatch developer Crackshell. Battle through beautiful Mediterranean locales, dangerous biological weapons labs and even high-tech moon bases as a one-man wrecking crew or in four-player online cooperative for maximum chaos! Dominate the chaotic Survival and Versus modes or make your own mods, modes, and even total conversions with the include game editor. Serious Sam’s Bogus Detour is the biggest little Serious Sam game ever made! Article taken from GamingOnLinux.com.
Tags: Action, GOG, Steam, Upcoming
4 Likes , Who?
Share

I am the owner of GamingOnLinux. After discovering Linux back in the days of Mandrake in 2003, I constantly came back to check on the progress of Linux until Ubuntu appeared on the scene and it helped me to really love it. You can reach me easily by emailing GamingOnLinux directly.
See more from me
Some you may have missed, popular articles from the last month:
The comments on this article are closed.
8 comments
M@GOid 10 Apr, 2017
View PC info
I hope they do a good gamepad support. The video only shows it being played with mouse/keyboard, witch is a Serious® no-no for me for this type of game.
1 Likes, Who?

Quoting: M@GOidI hope they do a good gamepad support. The video only shows it being played with mouse/keyboard, witch is a Serious® no-no for me for this type of game.

Hammerwatch is fully playable with any controller so there's no doubt this one will be too.
0 Likes

View PC info
This one will be an instabuy for me. :D
3 Likes, Who?

View PC info
Huge Serious Sam fan here. I own all his other games, better bet your booty I'm going to own this one. Day 1 purchase. :D
1 Likes, Who?

QuoteIt's due sometime this summer, with no clearer date set yet. While they have a Steam page set up for it, they also plan a GOG release too.

I'm afraid that it will be the same thing as "always"... Like a dev release a "little" game on GOG but not their big one(s)...
I really want to have wrong.
And if a dev doesn't talk about it, it's pretty clear for me, like some don't talk about linux versions.

Hammerwatch is a nice game, so it should be the same for this one.
0 Likes

View PC info
So this is the secret title the Hammerwatch guys were working on before making Hammerwatch 2. Guess as a serious Sam fan, I will definitely buy this one. The game looks freaking cool, especially Survival Mode :D
0 Likes

View PC info
Hammerwatch is amazing. I'll be buying four copies of this on day one!
0 Likes
While you're here, please consider supporting GamingOnLinux on: