Neverwinter Nights: Enhanced Edition major update out & Darkness Over Daggerford expansion is out

Two big bits of news today for Neverwinter Nights: Enhanced Edition as the first major update is out along with the release of an updated Darkness Over Daggerford expansion. 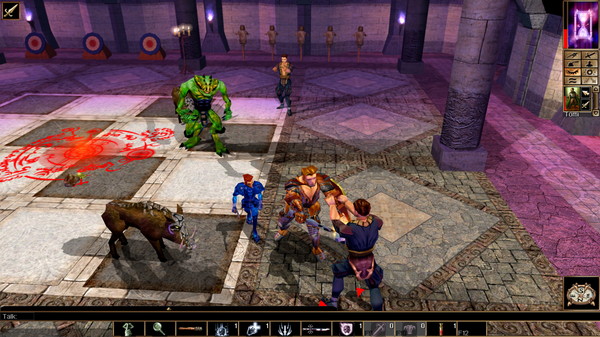 Firstly, if you play it online, prepare for things to get a little busier as they've upped the player limit from 96 to 255! Limits for player names has also risen from 32 to 127 characters. There's a new dynamic contrast shader, a new SSAO shader, a new Depth Of Field shader, chat & combat logs UI remember their size between sessions and plenty more smaller adjustments.

In terms of Linux-specific fixes, they're saying the Linux fullscreen mode is now fully supported (a bug from the 74.8166 version), they also fixed an issue with movie playback on some Linux distributions. They also updated their version of SDL.

Full patch notes here. Beamdog are saying they're committed to continue supporting the game. They're also big fans of their Linux players, which was nice to see.

The game itself is now on sale with 15% off on Steam until June 8th.

Also, announced and released today is an updated version of the Darkness Over Daggerford expansion. 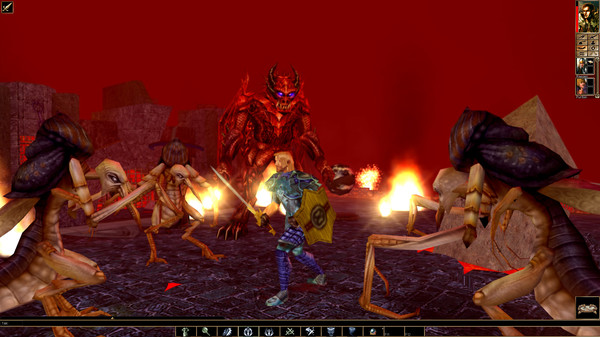 “We’re excited to finally release Darkness over Daggerford as a premium module and even more thrilled that Ossian Studios had to opportunity to update the game with a ton of enhancements.” said Alan Miranda, CEO of Ossian Studios. “A big thanks to the 100,000+ fans who played the original and made it so popular - we hope you enjoy the new version even more!”

In terms of what's updated, they told me it includes nearly 500 gameplay improvements, 12 new character portraits, 12 new music tracks, and a new main character voice over.

You can grab the expansion on Steam for with a 15% off sale until June 8th.

I bought this game on release day and am happy to see this update. And yes, I have played it several hours as opposed to letting a new game sit in my library for no reason.
0 Likes

View PC info
While I already bought NWN:EE, now all the DLC is also on sale... so time to stock up on a few premium modules.

OFC, I have barely played NWN since I bought it when it was officially released, but that is because I have been playing Icewind Dale EE that I recently bought on sale during GOG's wishlist sale for $4(US)..
0 Likes

View PC info
Looks like a nice patch, but this really needs to get on GOG.
1 Likes, Who?

View PC info
I recall a lot of people complaining about the editor when this was released.
Sadly no updates on that front.
0 Likes

Quoting: DamonLinuxPLStill not on GOG... :(

I asked them about it, no update atm.

If you don't want to use Steam, their own Beamdog launcher works on Linux.
0 Likes

View PC info
Is it just me, or do those screenshots look more Neon and Cyberpunk-like than D&D? Either way, nice enhancements.

255? I bet that makes the persistent world runners that are still around happy.
0 Likes

View PC info
I am still getting the UI scale bug on higher resolutions. Meh.
0 Likes
While you're here, please consider supporting GamingOnLinux on: