Some sad news to wake up to, as No Brakes Games have discontinued Linux support for Human: Fall Flat [Steam]. 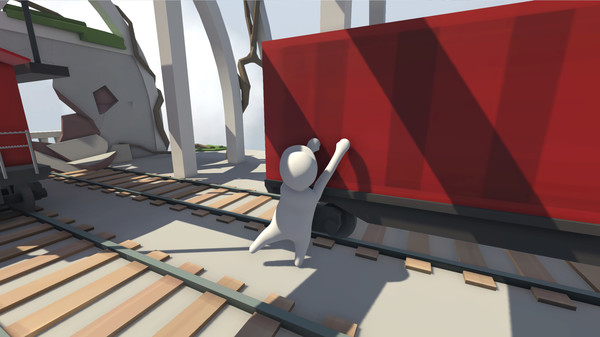 Unfortunately we've made the decision to discontinue Linux support so we can focus on new content and features for Windows and Mac versions. Apologies for this but thank you for your understanding!

Going by SteamDB, it looks like this was done around five days ago.

The Linux version does still exist and it is still playable, but they're no longer advertising it and so it will not get any future updates. It's a sad time when things like this happen, especially when I was quite a fan of the game. Thankfully though, this situation is actually really quite rare.

In the era of Steam Play/Proton, it's not such a massive issue, although it does become a nuisance when they leave an outdated build up since Steam doesn't currently offer a built-in way to pick between Native and Steam Play. Native2Proton is a thing, but it's not as simple as Steam's click and play. So, Linux gamers end up with a subpar experience. It's also not great for people who don't use Steam, since they actually removed Human: Fall Flat from GOG at some point too. Obviously though, it's still not good.

What bugs me about situations like this, is that developers end up being able to drop support for platforms with basically no repercussions. Anyone who purchased it solely for Linux support does have a right to be annoyed, but can they refund it? Not unless you're within two weeks and under two hours play time. You could argue "you got your money's worth", but then you paid for support which you no longer get while other platforms that paid the same still do.

As mentioned though, this situation is quite rare but it's still not great.

View PC info
It stings extra hard when they apparently will still keep up the Mac support.
It's a sobering reminder that we are a very, very small fish in the gaming pond.

View PC info
Also seems they dropped Linux support without any communication about it. They’ve written the linked comment only after somebody noticed it and explicitly asked about it.

I’m glad I haven’t decided to, when I considered buying this game.
10 Likes, Who?

View PC info
Sounds to me like the game isn't finished yet and that the QA effort is too much for the Linux version. Even though the game is not in early access!
1 Likes, Who?

View PC info
I only had that kind of situation with one of the games i was interested.

As some local Linux group , we purchased some copies of Rust on a Steam sale. Game didn't work for nobody. It was crashing to desktop when loading resources half way.

We refunded and explained issue.

I think that is right call for some companies. If they can't maintain a native version , they should drop it.
3 Likes, Who?

View PC info
Unfortunately this has to do as much with our small numbers as the culture of the devs.

As a (non-game) software developer I have been in several projects where we had a mixed team using Windows, macOS, and Linux. As long as we kept a little bit of discipline, and made sure not to break things for each other, it was quite painless to cooperate. But as soon as the team changed to users of the same platform, some small incompatibilities started sneaking in.

Linux support is not a one time task. It's as process.
7 Likes, Who?

Quoting: BeamboomIt stings extra hard when they apparently will still keep up the Mac support.
It's a sober reminder that we are a very, very small fish in the gaming pond.

I won't lie, this upsets me. I understand that the macOS market share on Steam is over three times the size of the Linux market share, but still...why? Historically, Apple was never in favour of gaming of any kind. Steve Jobs was against it and now, they've decided to push for their own proprietary graphics API instead of continuing to use OpenGL or even adopt Vulkan.

On another note, I've purchased HFF on GOG a few months ago. It was already inferior to the Steam version due to missing online multiplayer and now this. Ugh.
4 Likes, Who?
x_wing 30 Oct, 2018

View PC info
I've got the game... this is quite annoying as was something that I bought to support about a year ago. Weird thing is that I don't recall that they made any big update recently (out of the multiplayer). Probably they have something in the oven that won't get into Linux :/
2 Likes, Who?

pb 30 Oct, 2018
> Anyone who purchased it solely for Linux support does have a right to be annoyed, but can they refund it? Not unless you're within two weeks and under two hours play time.

I think it's still worth a shot, Valve is sometimes flexible with refunds and dropping Linux is a valid reason. I'd try but I bought it from humble store. :-(
0 Likes
1/4»
While you're here, please consider supporting GamingOnLinux on: