One Deck Dungeon celebrates a first anniversary with a sale, it's quite addictive

One Deck Dungeon, a roguelike dungeon crawler is currently celebrating a first release anniversary and it turns out we've never covered it here before. Note: Personal purchase.

Shame we never covered it, as it's a strangely addictive brew that has managed to pull my interest right in. If you've played the original board game, you will probably enjoy this adaption as it seems to be done quite well. 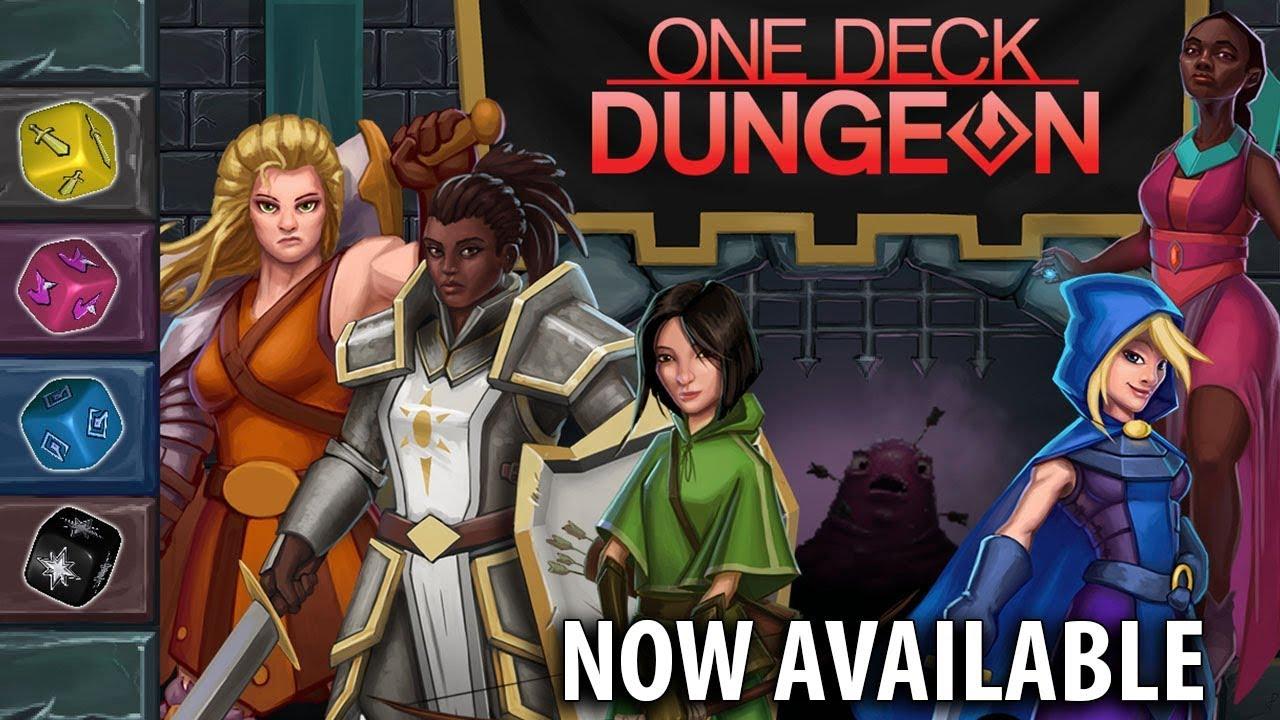 I will admit, the game starts off a little confusing with all the different dice and abilities available but thanks to the clean layout and the surprisingly good help text available actually getting going is pretty quick. Games don't tend to last too long either, so it's a pretty great game for those who don't have a huge amount of time available. Although, saying that now seems a little silly considering how many hours you can easily lose to it.

The actual gameplay loop is simple with you exploring different rooms in a dungeon, dealing with traps and enemy encounters by rolling dice and hopefully getting the right dice to fill up various challenge boxes to prevent taking damage and losing time. You can boost your dice amount with abilities, items and so on gained from various encounters and repeat until you die or manage to complete a dungeon. As simple as it is, it's stupidly addictive to play.

There's a nice progression system for each character too, although for those hard-core players that's actually optional. Each time you go through a dungeon, you gain XP and level up allowing you to put points into a character to gain more abilities making future runs perhaps a bit easier or more interesting.

It's on sale on Steam with 50% off to celebrate the first anniversary, good time to pick it up although the sale ends in little over a day. No issues encountered in the Linux version, it's been running very nicely. If you enjoy a good dice-rolling dungeon crawler it's a great one to pick up.

View PC info
This is a lot of fun, but I don't think it has the depth of something like Slay the Spire. On the other hand, a run can be completed in 15-20 minutes if you turn off all the animations and you know what you're doing!

I'm also a bit sceptical about how the game can be won with certain characters. I played the Mage quite a lot initially only to discover that her abilities really aren't fantastic. Switched to the Rogue and after only a few games, I'd beaten the first boss. So you probably need to experiment with the characters to find one that suits.

Great game at this price though. Well recommended.
2 Likes, Who?

View PC info
Picked it up as well, and played for a few hours so far. Before purchasing, I had watched a youtube video showing how the game is played and was drawn in by that. It's a decent game and I'll be playing more of it. In fact I might just launch a session now ;)
1 Likes, Who?

View PC info
I previously owned the physical game and didn't really care for it. It's brutally difficult, and extremely luck-based. I don't mind the digital version at a cheap price, but I won't play it much. When this company releases Aeon's End, I will probably play that one quite a bit, since it is one of my top 10 tabletop games.
1 Likes, Who?

View PC info
Am I seeing it right, classes are gender-locked and there are no men? That doesn't look very diverse...

Quoting: monnefAm I seeing it right, classes are gender-locked and there are no men? That doesn't look very diverse...

Yeah. There was some infuriating entitled whining about this on the Steam forums a while back. I'm not aiming this at you, btw - the faux-outrage on the forums was truly over the top "look at me being outraged" pathetic. Of course, as you say it's not diverse, but it's just so intensely hypocritical given that the reverse is normally the norm and you don't hear girl gamers getting their whine on.

It's not even a goddam RPG and the man-babies still had a go. I guess that's the Steam forums for you.

edit: Just to (unsurprisingly) note, [Tangledeep had the same reaction on the Steam forums. I love that one commenter described the thread as a dumpster fire. Sums it up pretty well!]