Pathfinder: Kingmaker, an isometric single-player RPG has reached the goal for a Linux version

By Liam Dawe - 10 July 2017 at 9:06 am UTC | Views: 17,396
Pathfinder: Kingmaker [Official Site] is currently on Kickstarter to bring out an isometric single-player RPG and they have hit the funding goal for a Linux version. 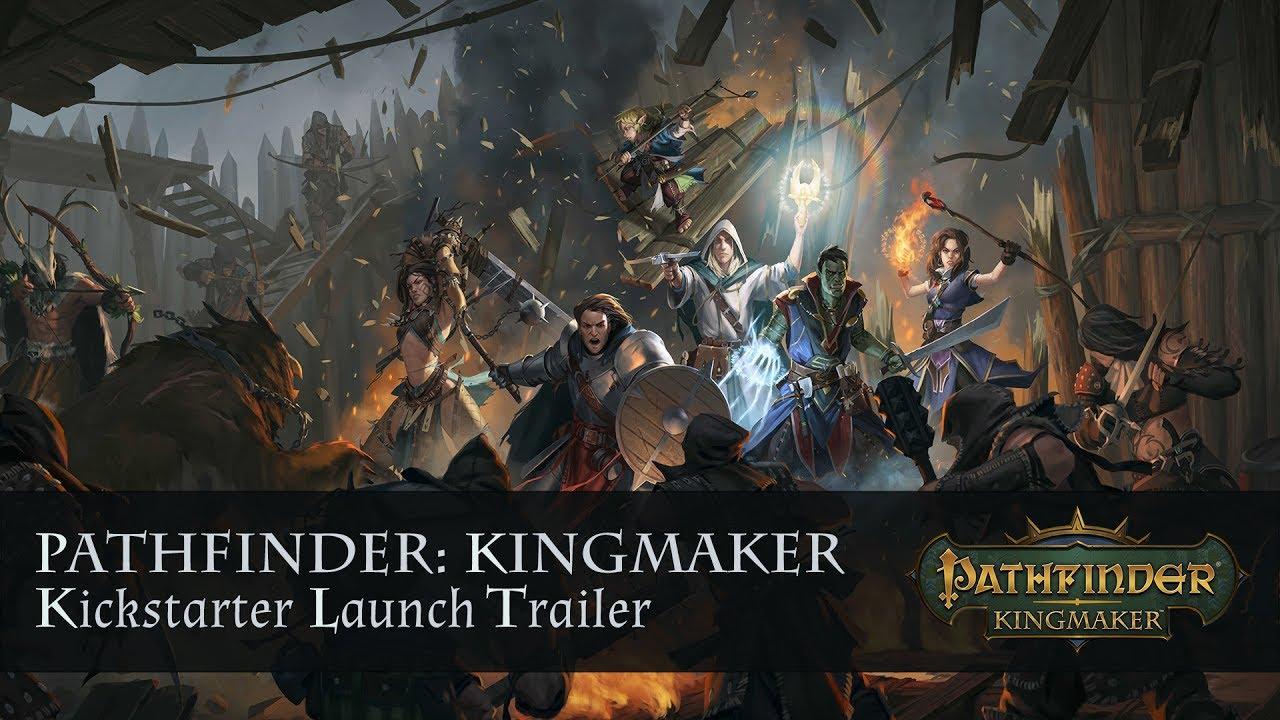 YouTube videos require cookies, you must accept their cookies to view. View cookie preferences.
Accept Cookies & Show   Direct Link
They are sitting at $723,642 pledged of their $500K goal, with the Linux stretch-goal being at $700K. Hopefully this means they will include Linux in their plans early and not as an afterthought like a lot of developers end up doing.

QuotePathfinder: Kingmaker is based on Paizo’s award-winning Pathfinder Adventure Path of the same name. You certainly don’t need to be familiar with the story, but if you are, you will encounter characters you know and love. Either way, you will experience a host of brand-new events, companions, allies, and threats that expand and enhance the original Adventure Path. With help from Paizo and their authors, the story and quests have been expanded by RPG writer Chris Avellone and the Owlcat team, allowing for even more adventure in the already rich narrative of the Stolen Lands.

While Pathfinder: Kingmaker is a single-player game, you won’t be adventuring alone. Pathfinder: Kingmaker features a diverse cast of companions and NPCs, including iconic characters from the Pathfinder setting itself. You’ll need to decide who to trust and who to watch carefully, as each companion has an agenda, alignment, and goals that may differ from yours. Your journey will become their journey, and you’ll help shape their lives both in the moment and well into the future.

They've managed to rope in veteran video game designer Chris Avellone, so there's that too.

Any of you already pledging or planning to? I must admit I'm interested, but I generally prefer to wait until something is released. Article taken from GamingOnLinux.com.
Tags: Crowdfunding, RPG
5 Likes
Share

gojul 10 Jul, 2017
View PC info
Well, don't be happy too quickly. Remember for example what Slighty Mad Studios made with Project CARS and many others did the same thing. Crowdfunding folks consider Linux users like pigeons, and that's sad. :'(
2 Likes, Who?

View PC info
Personnal rule : If there isn't a playable Linux demo I'm not backing it.

STiAT 10 Jul, 2017
View PC info
Will buy after release of at least a beta, for I do not know the studio.

I do not support studios with zero experience. I have had too many games kickstarted for Linux which were never released at all for Linux, so I got careful about that.
2 Likes, Who?

View PC info
Linux as a stretch goal is never a good sign, I've yet to see any deliver on that. Worse still it's not even it's own stretch goal, it's an "EXTRA STORY CHAPTER" with "Mac & Linux" tagged on at the end seemingly as an afterthought - all of that for $100K ?

Think I'll wait for the review of the released version, because that does not sound very viable
4 Likes, Who?

Quoting: poke86Personnal rule : If there isn't a playable Linux demo I'm not backing it.

As Alexey Drobyshevsky is there, my bet goes that they will be using Unity. Hope they didn't opt for middleware which isn't cross platform yet.
0 Likes

View PC info
In some of the shots, the interface is exactly the same as the one from Planescape Remastered. If that means it uses the engine, then the likelihood of a Linux release is increased massively.
0 Likes

My own experiences with crowdfunding has been positive in general, with one notable exception: Banner Saga. They did deliver the Linux port, but only barely enough to qualify as delivery. It never worked very well, they never bothered fixing the jank and for me right now it doesn't even run any more. To make it worse - the game is part of a trilogy, for which they are not even bothering to support Linux at all on parts 2 and 3.

Someone also mentioned Project CARS. That's a weird one... they never did a Linux port, but as far as I know this was not promised until way after we (partner & I) backed it. And since their model was an "investment" type thing, we've been getting actual money from them twice a year. Not a lot, but more than I put in, for sure.
1 Likes, Who?

View PC info
I wonder what gamedev kickstarters mean when they set Linux version stretch-goal – if their campaign does not meet the goal does it means they won’t bother with protability and Linux version at all?

What changes when the goal is met – do they now try to remake the game’s engine architectire to be portable? Will they still make it Windows-centric while hoping the additional funding will allow them to hire somebody to port it later? Do they plan to invest that money into more devs and tester time on Linux and on additional Linux hardware for testing?

View PC info
I'm really looking forward to this as I'm running out of classic infinity engine style isometric RPG to play. And I really like the pathfinder setting.

View PC info
I do enjoy my CRPGs, and have recently started playing old school tabletop Pathfinder - so I'm in! It does look very Baldurs/Pillars-ish which makes me happy.
0 Likes
1/2»
While you're here, please consider supporting GamingOnLinux on: