The latest update brings in the ability to slice and dice your enemies along with blood spray and explosion particles. On top of that, they've added the ability for players to call a vote, added a bunch of new animations, more achievements to hunt down and lots of general bug fixes. 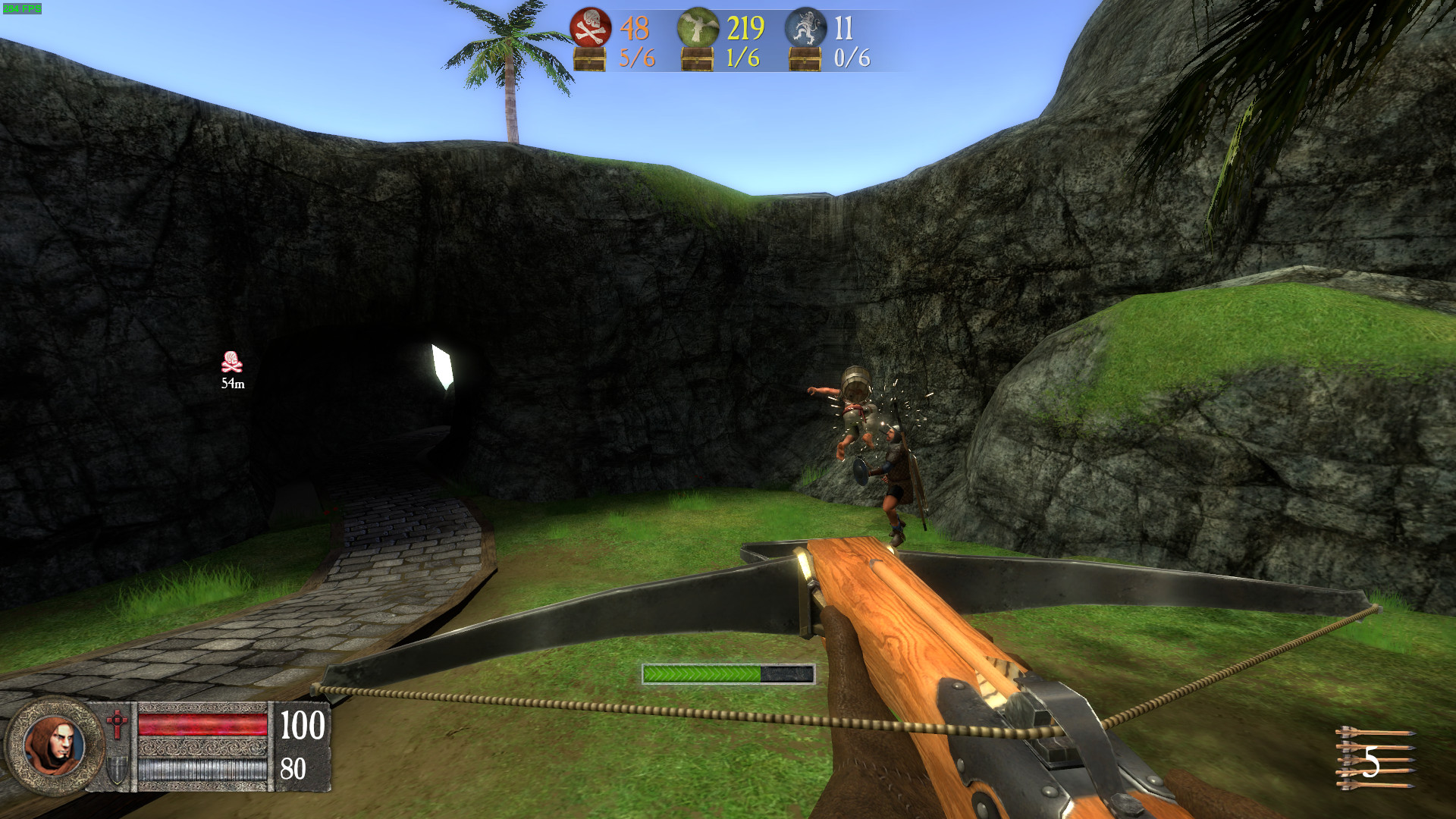 When testing, it did take me a while to get into a game. Not due to a lack of players (although there aren't a lot), but due to many servers being modded quite a bit. I had to sit through downloads of many files before being able to properly play, so keep that in mind. Once I got into a game, I do have to admit that it was pretty fun.

The character voice-over is really quite amusing, in the unexpected sense. I was being shot by a pirate and my character started saying "ouch!" and "stop it!" in a sort of Monty Python kind of way. Naturally I died rather quickly, with my head sliced cleanly off and then the game presented me with a screenshot of my body on the floor with the enemy in the air with a title of "Just a flesh wound"—hah!

The actual combat is a little difficult too, they're certainly not wrong about needing a bit of skill. Pretty varied considering all the different weapons and character classes.

Since it's using Valve's game engine, it runs rather well. With my settings cranked up to the highest they could go, it was performing like a champ. If you're in the mood for a free game that's quite amusing, Pirates, Vikings, and Knights II might be a good one to take a look it. Find it on Steam now.

Article taken from GamingOnLinux.com.
Tags: Action, Free Game, Steam
3 Likes, Who?
We do often include affiliate links to earn us some pennies. We are currently affiliated with GOG and Humble Store. See more here.
About the author - Liam Dawe

View PC info
I think there used to be a Half Life mod that presented Pirates vs Vikings (possibly Knights, can't remember). If it's a stand alone version or a spiritual successor, it might be good. That mod was awesome!
0 Likes
While you're here, please consider supporting GamingOnLinux on: