Project Cars 2 now has a trailer, with no mention of their promised Linux/SteamOS support

By Liam Dawe - 14 February 2017 at 12:08 pm UTC | Views: 21,463
Why am I not surprised? The developers of Project Cars 2 said the game would be coming out for SteamOS, but they are being silent on it. The same happened with the original.

They have now released a trailer of Project Cars 2: 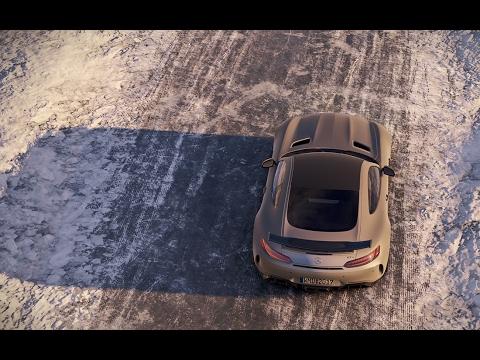 I asked on Twitter and also emailed the developers directly a few days ago a question of what's going on. I know they got my email as I got their "we got your email" auto response, but I've had no reply after giving them more than enough time to respond.

This really grinds my gears up, since when I spoke to them on Twitter about the original they said they had no plans, despite me linking to them where they said they did.

I'm starting to think they never meant to say SteamOS and it was some sort of copy and paste fail from the original game page.

Thankfully, we do have DiRT Rally to look forward to from Feral Interactive. Article taken from GamingOnLinux.com.
Tags: Racing, Steam
1 Likes
Share

gojul 14 Feb, 2017
View PC info
The fact they do not port the game is their problem. The fact they lie about a possible port is our problem and while the first statement is sad but understandable as long as it is said from the start, the second option is just unacceptable and justifies to boycott them.
2 Likes, Who?
0aTT 14 Feb, 2017

QuoteThankfully, we do have DiRT Rally to look forward to from Feral Interactive.

And it takes a year for DiRT Rally after the first emergence on steamdb. So do not let us hold our breath for Project Cars at this early stage.

View PC info
So one less broken promise? That's a step up!
0 Likes

View PC info
Have you forgot Grid Autosport?
3 Likes, Who?

View PC info
I gave up on anything from these folks a long time ago. Neither the promised WiiU nor Linux versions of PC1 ever came out, don't hold your breath on a Linux version of PC2, it ain't gonna happen.
3 Likes, Who?

View PC info
Attention: This post may have inappropriate language for some audiences - read at your own risk!! (;


QuoteThis really grinds my gears up, since when I spoke to them on Twitter about the original they said they had no plans, despite me linking to them where they said they did.

Seriously? That's what they said? FUCK THEM! Actually their first game was one of the most anticipated ones for me to come to Linux - it was right before any of those AAA racing games, ported by Feral, was announced for Linux.

Nowadays we just don't need ignorant publishers anymore? So: Come one, FUCK YOU Blizzard, FUCK YOU EA, FUCK YOU Bethesda.... The list could go one forever.


Thanks to all those publishers, studios, developers of games and drivers, users, communities, those nice distro maintainers and so on - we should share the <3!

View PC info
well I do not blame your language. I wanted project cars 1 so badly that I had it in my wishlist for months, just to be the first who sees an announcement from the devs that it is available on steamOS. surely that did not happen, instead the mentioned twitter-response made it clear.

PC2 looks good, yes, and I believe it will be a pretty much good game. now I still doubt I would buy it and I am really not the shitstorm-like-guy I probably should be, but I think in case it really does come to linux, PC2 would be the first game on steamOS I would `pirate` by downloading it from whatever source and using a noCD-crack or whatever. Just for fun, to show my lack of support for these ...guys.
0 Likes

View PC info
I don't understand why continuous mention of this game on Gameonlinux
4 Likes, Who?

Quoting: miroPC2 would be the first game on steamOS I would `pirate` by downloading it from whatever source and using a noCD-crack or whatever

That's illegal. Please, refrain from doing this. We do not want to cement our reputation as thieving beggars not capable of paying for Windows.

Quoting: miroJust for fun, to show my lack of support for these ...guys.

That won't hurt them in the slightest. In fact, it will benefit them as an excuse for not releasing for Linux and as a free advertisement of their "highly popular" product.

Moreover, they have no means to actually count "pirates" so either they will not know about this, or (if you foolishly tell them yourself) will sue you based on your own confession. It's a "Win/Win" scenario for them.

Quoting: elbuglioneI don't understand why continuous mention of this game on Gameonlinux

liamdawe has a soft spot for racing games, apparently, and for this project in particular. Everyone is a human being and have the right to feel bad. This is also the case for constant "The Witcher III" butth^W angst among some people who have difficulties accepting defeat and moving onto next "battle".