Raspberry Pi 4 announced and available - sounds like a pretty nice upgrade, Raspbian now based on Debian 10

Not something we usually cover here, but it's a fun bit of hardware news. The Raspberry Pi 4 is now official and it's out and ready to pick up.

Interestingly, they also overhauled their home-grown Raspbian Linux OS, as it's now based on Debian 10 Buster. To go along with this, their original graphics stack is being retired in favour of using the Mesa "V3D" driver developed by Eric Anholt at Broadcom. They say it has allowed them to remove "roughly half of the lines of closed-source code in the platform" which is a nice win.

Here's the breakdown of the hardware:

You can see their quick announcement video below: 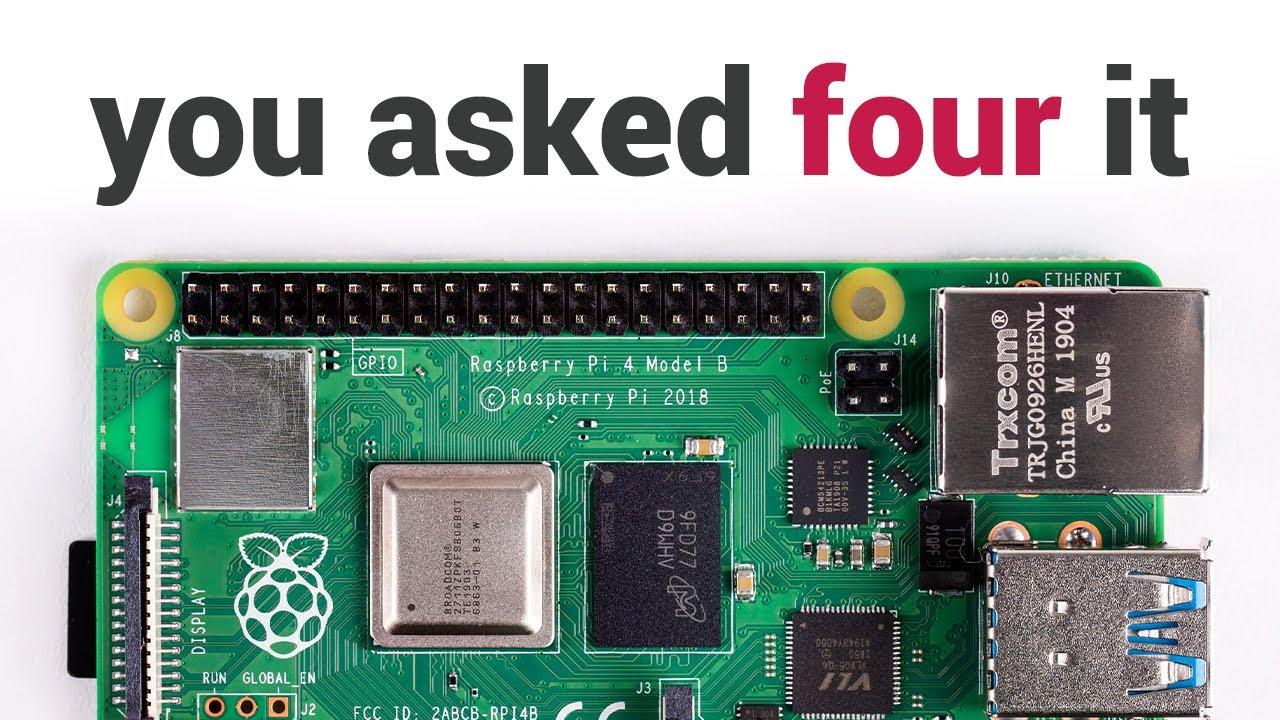 The price still sounds great too, especially now with different RAM options (price may be slightly different in various shops stocking them):

For those who love to tinker, it really sounds like a great little unit. I've still never picked one up but I've always wanted one to play with. Sounds like my wait was worth it, might have to set one up as a little media centre of some sort. The additional performance should be quite interesting for gaming too, could also make a good streaming unit with the Steam Link App for Raspberry Pi.

You can read their full announcement here.

Article taken from GamingOnLinux.com.
Tags: Hardware
25 Likes, Who?
We do often include affiliate links to earn us some pennies. We are currently affiliated with GOG, Humble Store and Paradox Interactive. See more information here.
About the author - Liam Dawe

> No mainline support
Thanks, no.
1 Likes, Who?

View PC info
I have an original Pi which craps out while trying to import some Python modules ... I'm ogling this one so badly.
1 Likes, Who?

View PC info
If only the day had a good handful more hours in it, I'd so totally spend some of those tinkering with RP and create fun stuff.
1 Likes, Who?

subSounds good.
Looking forward to it.

In case you didn't know about this youtube channel: https://youtu.be/gPLnXpdcP-A
This guy makes emulation review videos for various systems on the RPi (alongside other things). I'm sure there will be videos dedicated to Dolphin.
4 Likes, Who?

View PC info
I recently jumped ship from Pi to ODroid, and TBH, it's been a lot more effort than I would have liked. The stock kernel that ALARM ships with doesn't support the XFS filesystem on my backup raid, and the mainline kernel doesn't support my eMMC. I've already had one SD card crap itself since switching, but since I can't use the eMMC until upstream fixes support for it, I'm kind of stuck using them.

Sad to see that the new Pi doesn't have an eMMC slot, if a "big player" started using them, I figure there'd be a bit more attention paid to the upstream code, and breakage either wouldn't happen, or wouldn't linger around for months...
0 Likes

View PC info
I didn't know they were so cheap

I have never used one but I may now look into getting one to use as an emulator at those prices. I have also seen a few sweet custom cases on YouTube that are build to fit so may get one of these also.

Thanks for the heads up.
1 Likes, Who?

Xakep_SDK> No mainline support
Thanks, no.

Where did you read that?
1 Likes, Who?

)! You can never get enough raspberry pie.