Retro-inspired shooter, R-COIL, released and here are my thoughts

A throwback to earlier generations of games, R-COIL [Official Site] tries to capture the spirit of that era while providing modern conveniences and flourishes. 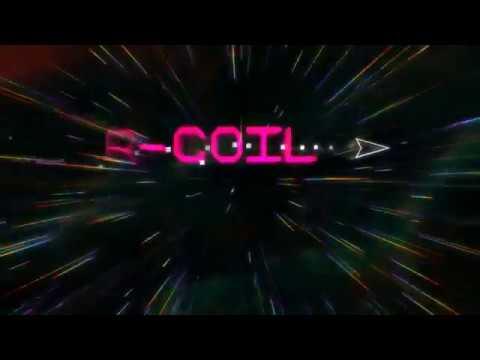 As you might guess from the trailer or screenshots, R-COIL tries to keep it simple. Its main mode is a romp through a number of increasingly-difficult stages with the barest pretense of a story connecting the action. Throughout your playtime you’ll be confronted with different types of enemies as well as a number of powerups that can help you survive the ordeal. You can try your luck by yourself, or cooperative with up to 8 people, which can translate into truly chaotic and fast action.

This is the sort of game that I’d recommend having a gamepad for. Or, a joystick with a single button. Both thrust and shooting is the same button. You press to shoot, hold to thrust. Shooting pushes your ship to the opposite direction you’re facing, so part of the challenge of the game is mastering how inertia works to be able to dodge and weave between asteroids and enemy fire. Despite it feeling a little wonky at first, I got the hang of the system before too long.

It’s a challenging game, where if a single shot gets through your shields, you die. Your shields get worn down by enemy fire as they rotate around you, so learning who to position your craft to protect yourself is important. I wasn’t good enough to beat the game in standard mode by myself. But that didn’t really matter as the game also offers a “relaxed” mode where you have infinite lives so you can play the game at your leisure. It doubles as a training mode, I found, as spending some time finding better strategies for certain types of enemies and making sense of several powerups definitely helped me get a better appreciation of how to play.

If you’re expecting a lot of stages to blast your way through, you may be disappointed. There are lot of different enemies that make each stage feel different but the main game mode can still be in no time at all. At least judging from my relaxed mode playthrough, it’d take you less than 20-30 minutes to get to the end. There’s also modes like coop and local multiplayer, which allows for free-for-all fights, but this a game where most of the replay value comes from the player’s desire to play better and earn higher scores. That is to say, how much you get out of it will depend on your personality type.

But that’s fine. The visual style, controls and sound effects make it all very clear that this is a modern celebration of early arcade titles and home consoles. In my opinion, those games were best played in bursts and I think R-COIL also benefits from a similar outlook. I can easily see myself coming back to it every once in a while, perhaps when I have friends over, to play for 10 or 20 minute sessions. If you’re looking for something a bit more meaty, however, you should skip this one.

You can grab R-COIL on itch or Steam.

View PC info
Well shit, these people know me too good. Yes of course I will buy it -- I have been maintaining a wine prefix for Comet Busters but for $5 to get the same kind of mechanics with new graphics on my console with 0 work, super awesome.

Thanks for the tip.
1 Likes, Who?
While you're here, please consider supporting GamingOnLinux on: