Keeping the hype train for Valve's new card battler, Richard Garfield has another blog post and video out. This time, covering what they call Upkeep Kills.

I thought this was quite interesting, a nice little insight into some of the tactics you can employ. Since I don't play a lot of these card games myself, learning a little more about it was fun. 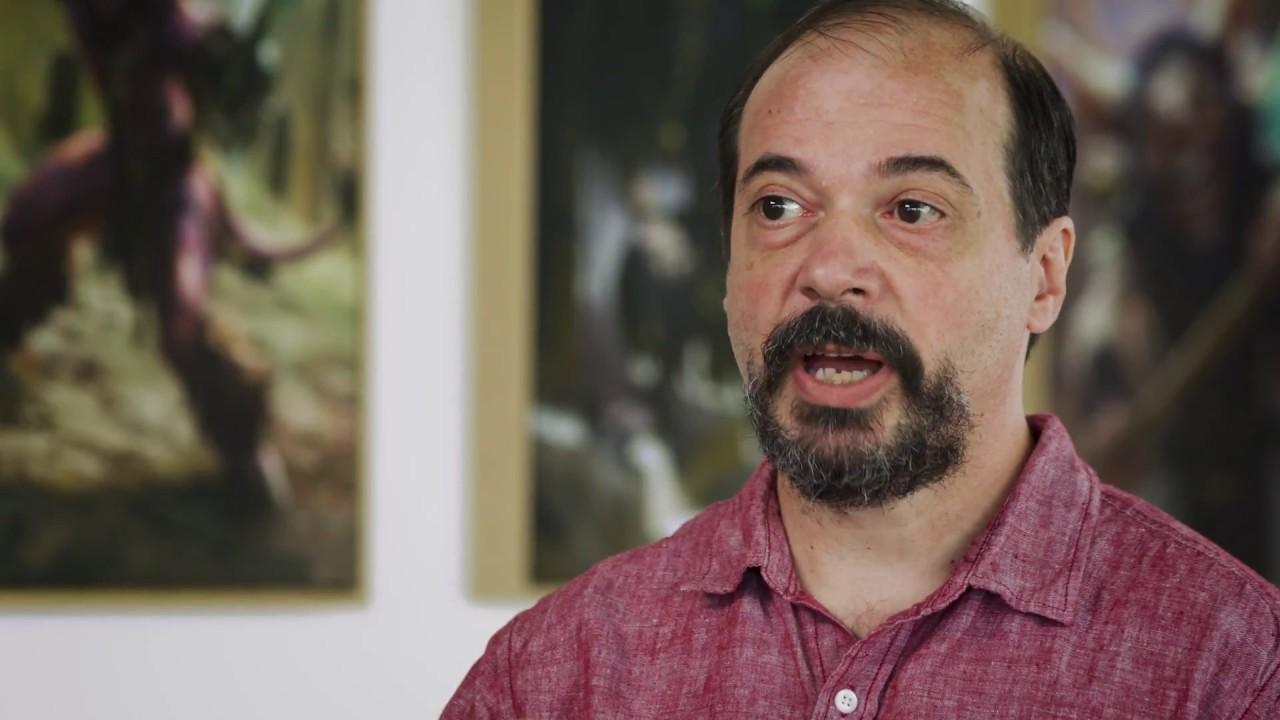 For those who can't watch the video:

Any card that gives the potential for an upkeep kill should be weighed as providing more value than it first may appear, at least to the untrained eye. An example of such a card is the March of the Machines, which is the include card for Tinker, a black hero. March of the Machines is an improvement that does 2 damage to the enemy tower and each enemy before the action phase, as long as it has charges (it begins with 3). With this improvement in the lane, if you can get enemy heroes low enough you can score an upkeep kill. You set this up during the action phase for that lane – or using cross lane damage from other lanes. Once your kill is in place you don’t even have to worry about getting priority to make the first move in the lane – you will effectively be scoring a double kill.

As a reminder, Valve confirmed to us directly that Linux will see same-day support with Artifact on November 28th when it releases to the public.

Don't forget, there's also a tournament happening this weekend to show off their built-in feature to allow people to run their own. The tournament will be across November 10-11, both days will start at 9AM PST/5PM UTC on their Steam.tv streaming service. A feature that I am quite excited for, since we will likely run some of our own as long as there's enough interest.

See more on the official site and follow it on Steam.

Article taken from GamingOnLinux.com.
Tags: Card Game, Steam, Strategy, Upcoming, Valve, Video
6 Likes, Who?
We do often include affiliate links to earn us some pennies. We are currently affiliated with GOG, Humble Store and Paradox Interactive. See more here.
About the author - Liam Dawe

I am the owner of GamingOnLinux. After discovering Linux back in the days of Mandrake in 2003, I constantly came back to check on the progress of Linux until Ubuntu appeared on the scene and it helped me to really love it. You can reach me easily by emailing GamingOnLinux directly.
See more from me
Some you may have missed, popular articles from the last month:
The comments on this article are closed.
9 comments
skye 9 Nov, 2018
I'm pretty fond of card games because I like theorycrafting, looting & strategy elements in games so I'm excited to check this out esp with some future gol tourneys :) Funnily enough it's also why I like arpgs.

Quoting: skyeI'm pretty fond of card games because I like theorycrafting

I wonder if that's the very reason I never got attracted by such games. :)
3 Likes, Who?

View PC info
I'll be honest that explanation flew over by head by about a mile.
Guess it shows i don't play card games.
2 Likes, Who?

Quoting: razing32I'll be honest that explanation flew over by head by about a mile.
Guess it shows i don't play card games.

"For dummies" version (making general assumptions about this kind of game, not Artifact in particular):
- The player's turn is divided in phases. Typically there's a "start of turn" where a few things happen automatically to set you up for your turn, then an "action phase" where you actually play cards and take actions, and an "end of turn" where you wrap up by drawing, discarding, etc. and pass. Sometimes, card effects trigger during start or end phases rather than during the main action phase (such as March of the Machines).
- Removing an enemy during the start of the turn is better than during the action phase because it doesn't get to react (typically in those games a unit that is attacked also deals its damage to the attacker simultaneously) and it's no longer in your way during the rest of the turn to hinder your attacks or provide special effects to the opponent.
3 Likes, Who?

Quoting: Salvatos- The player's turn is divided in phases. Typically there's a "start of turn" where a few things happen automatically to set you up for your turn

I'm surprised by the term "upkeep" for this phase.
0 Likes

View PC info
Maybe there's a cost to keep your units in play? I have no idea about Artifact's specific mechanics. Since Garfield is the creator of MTG, he might just be reusing that game's vocabulary:

During this step, all upkeep costs are paid. The cost can be paid to gain something (Farmstead) or to prevent a sacrifice (Force of Nature). The cost can also be cumulative.

RossBC 10 Nov, 2018
View PC info
Looking forward to the game!
Guess they need to get as many people interested in the game as possible because it's buy to play so need to get that initial player base.
0 Likes

but Tinker's March of the Machines ability in Dota 2 does not damage towers...