For those unfamiliar with the title, it mixes up a few genres to create a pretty unique game. It has elements of a god sim, a city builder and tower defence and it's really quite fun. It has multiple game modes to choose from, with the ability to customize things to your liking. 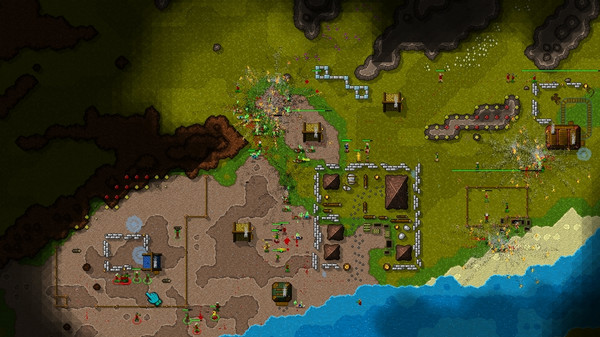 Something that has been long requested, was the ability to have bows and arrows. Your villagers no longer need to run right up to monsters and bash their heads in, as they can equip a bow and take them down in style now too.

It's not just villagers that have ranged attacks, Golems and Elementals now have them too. For example, a fire elemental can throw fireballs across your walls!

Shields are in too, giving a chance for attacks to be blocked.

Also, the "doggo" (dogs) that got added in the last development build, are now a little less brave. They will flee battles more often and monsters can now attack them.

See the full release notes here. The combat system is now quite a bit more in-depth than it was before, fantastic to see. Such a sweet game to lose yourself in, highly recommend it.

Article taken from GamingOnLinux.com.
Tags: Early Access, City Builder, Indie Game, Simulation, Steam, Strategy
4 Likes, Who?
We do often include affiliate links to earn us some pennies. We are currently affiliated with GOG, Humble Store and Paradox Interactive. See more here.
About the author - Liam Dawe

View PC info
Man, this game just keeps getting better! Also, it has to be said that the music in this game is perhaps the best "retro-inspired" music in a game I've ever heard.
0 Likes