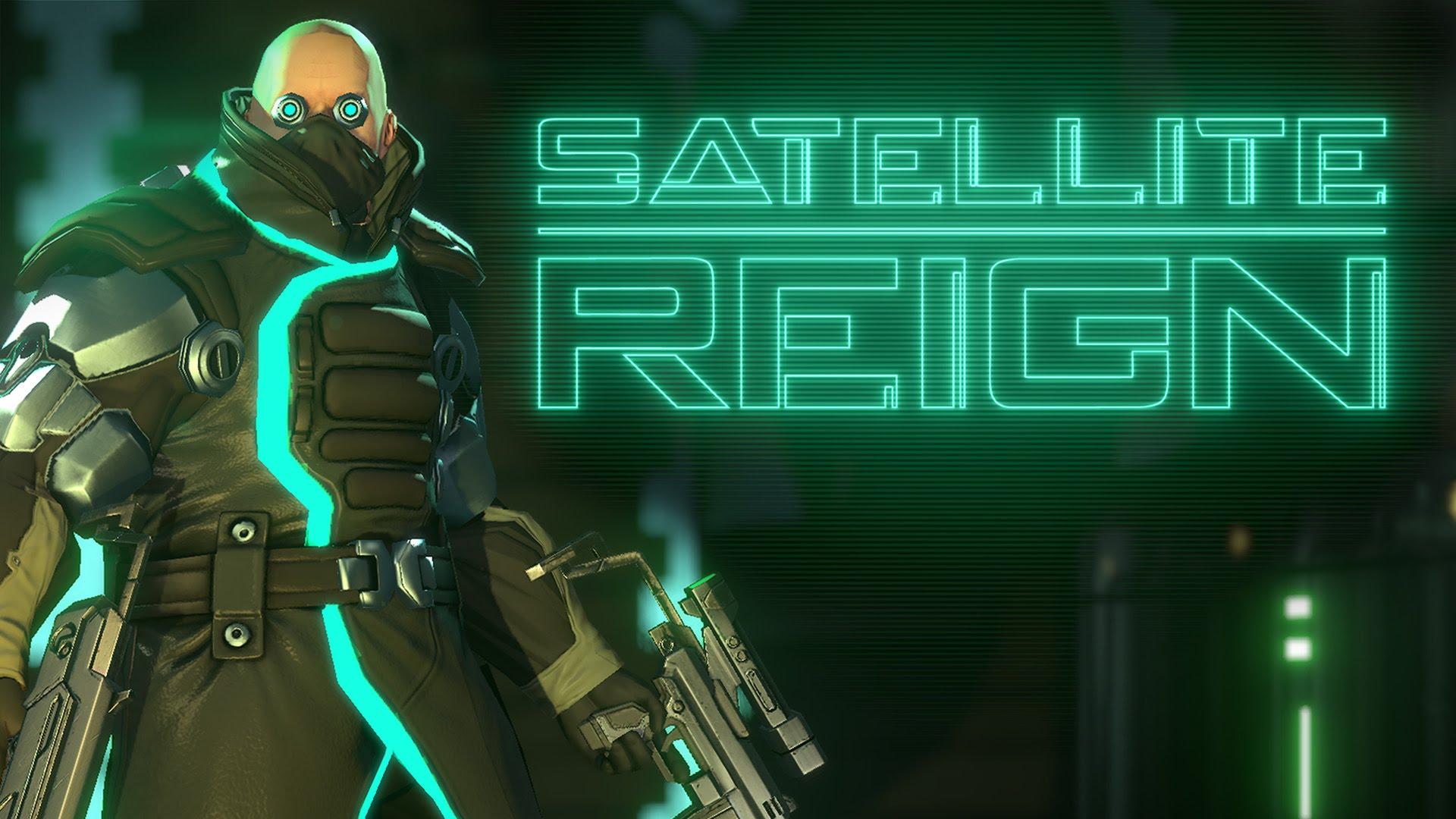 YouTube videos require cookies, you must accept their cookies to view. View cookie preferences.
Accept Cookies & Show   Direct Link
As a big fan of the old Syndicate, I’ve waited for this day for a long time. So, how is Satellite Reign on Linux?

Disclosure: I purchased the game myself, but the developers sent a copy over which was sent to Samsai for livestreaming that he did recently.

About the game
Satellite Reign is a real-time, class-based strategy game, set in an open-world cyberpunk city. You command a group of 4 agents through rain-soaked, neon-lit streets, where the law is the will of mega-corporations. Use your agents to sneak, shoot, steal, and sabotage your way up the corporate ladder, and take control of the most powerful monopoly of all time.

Each of your agents can be tailored toward your favoured play-style, while still maintaining their own unique specialisations. Shape your team into an offensive war machine, or an elite covert spec-ops outfit, and take the open-world city as your own.

Some initial thoughts
The developers really did give Early Access a good name this time, and it’s great to see the game in its final form now. They always seemed responsive to issues, and to have a properly finished game actually turn out to be good when it leaves Early Access—that’s an achievement.

It’s a beautiful game, it really is. It fully nails down the cyberpunk look and I couldn’t be happier about the style of the game. The look and feel does remind me of the original Syndicate in some ways, but it’s far more advanced and beautiful of course. It was released how many years later? So that’s not a big surprise. I find myself just stopping to zoom in and have a look around, and I wonder if anyone else does this? Simply marvellous.

I honestly can’t think of any other game that has a futuristic city looking this beautiful, I really can’t name one! You have rain pouring down, ventilation spewing gas out and fantastic neon lights everywhere. If you zoom in you will see the level of detail put into it, just look at those puddles!

The gameplay isn’t too shabby either, it has a good mix of what you might expect from this sort of game. You could run in guns blazing, or you could take the better approach and sneak around taking people out. I’m pretty bad at the stealthy approach in this game, but I have been able to use the “Hijack” ability to mind control enemy guards, and force them to fire on their comrades which is amusing.
There’s a few different ways to do the missions it seems, as you have to take into account the enemy guard patrols, security cameras and whatever else may be waiting for you. It’s always a good idea to send out one person to look around, rather than your entire team which is easier for a camera to spot. It’s important to spend a bit of time looking around first, before making a hasty plan that alerts a crowd of guards to your presence. You want to know their patrols, the camera positions, places to hack and hijack and more.

I really do love the “World Scan” ability, making the game look like it’s out of the film Tron, and giving you the ability to see where power lines match up to hack into specific things like cameras.

There seems to be rather a lot of content in the game too, with plenty of weapons and skills to unlock. You can gain access to new missions by finding and activating more Relay Beacons too, which is pretty cool. I tend to find myself overwhelmed when games give you too many missions, so being able to unlock more as I go is quite welcome.

The missions don’t handhold you, which in this type of game actually works quite well. You will need to scout out the different compounds to come up with your strategy. Some of them you won’t be able to hack you way into directly through a gate, so you may need to find a sneakier approach. Like finding a backdoor, or possibly mind controlling a guard and getting them in. It’s definitely not a game you can just jump in and out of quickly, you will need to invest a bit of time into it.

One thing I found highly amusing, is that I somehow forced the general city police to have a standoff with the security forces of the compound I was storming. Not sure what caused it, but it helped me out a bit. I’ve actually managed to do this a few times, the city police are drawn to gunfire and they end up trespassing into private areas and end up shooting at the security. It’s amusing, and good for a get-away as they are obviously distracted. I’m not entirely sure if this is intentional, or an amusing side-effect of their systems relating to trespassing.

You will need money, lots of money, especially for the research. One of the most important things to do early on in my opinion is to hack as many ATM’s as possible, and infiltrate the bank to boost up your income from ATM’s. Research seems to cost a lot of money, and it will make it easier in the long run to do this early on. Funnily enough, I found getting into the bank really easy, and it only took me one or two minutes to actually do it.

I feel like I’ve barely scratched the surface in the game with my puny three hours. Looking at some others play time on Steam with some people hitting over 60 hours, I feel like I need to invest a week or so into it to get a final feel for it.

Issues
One annoying thing I found is the use of the ALT key, as I’m on Ubuntu (Unity) I had to disable the ALT key bringing up a HUD on Unity. Then I also had disable the ALT key being held down giving off Global Menu options *big sigh*. I hope Ubuntu’s Unity 8 can tell if a fullscreen game is being ran, and not put me through this junk.

The next issue with the use of the ALT key is to one hit takedown a guard, if you hold it down and right click the Window Options dropdown appears, which is another shortcut. I had to install the “dconf” editor, and remap that key as well, as it’s a window manager shortcut. Thanks to this post for the tip on that. Although, I changed mine to
Tags: GOG, Humble Store, Initial Thoughts, Review, Steam, Strategy
0 Likes
Share

We do often include affiliate links to earn us some pennies. We are currently affiliated with GOG and Humble Store. See more here.
About the author - Liam Dawe
I am the owner of GamingOnLinux. After discovering Linux back in the days of Mandrake in 2003, I constantly came back to check on the progress of Linux until Ubuntu appeared on the scene and it helped me to really love it. You can reach me easily by emailing GamingOnLinux directly.
See more from me
Some you may have missed, popular articles from the last month:
The comments on this article are closed.
14 comments
Page: 1/2»
Ignis 6 Sep, 2015

Loading times are killing me. Does not seem to happen to everyone.
1 Likes, Who?
wolfyrion 6 Sep, 2015

Quoting: IgnisLoading times are killing me. Does not seem to happen to everyone.

Well at my machine it takes like 2 mins max on my slow disk at start....
0 Likes

PJ 6 Sep, 2015
View PC info
having really fond memories of the old Syndicate in the Amiga days I really need to try this one out.
As for ALT issue - I really don't get why so many Linux DE's / distros choose alt key for system actions in the first place. Especially when they can choose Super key instead. Alt key is used by so many apps on EVERY other platform. It's a chore on Linux (a minor one if you know howto change it, a showstopper if you don't) - and one of the reasons I've been extremely happy by the way keys are set in Fedora's Gnome. I hadn't had to fiddle with dconf etc so I could use 3d apps I need for work (btw - I think it may be one of the reasons Satellite Reign devs didn't spot the problem. As they use 3d apps I'm damn sure they've remapped system keys to Super or other key).
0 Likes

metro2033fanboy 6 Sep, 2015
View PC info
Such great games being released at once...no money for now! im getting it later!

Quoting: GuestIt's also available on gog.com, for cheaper than on Steam.

View PC info
Oh, okay looks like regional pricing. In The States the price is the same. If I was in the UK I'd definitely get it on GOG then, sadly I'm not.
1 Likes, Who?

Quoting: GuestIt's also available on gog.com, for cheaper than on Steam.

Because GOG uses flat prices, while steam uses (and abuses) regional prices. Take a look at Satellite Reign on steam.db.

An article from PC Gamer: The weird economics behind Steam prices around the world
0 Likes

View PC info
It's fetched a solid 81% metascore too, so this baby is a safe purchase.
http://www.gamerankings.com/pc/100217-satellite-reign/index.html

Can't wait to fire it up!

neffo 7 Sep, 2015
View PC info
This should fix the ALT issue if you are using Gnome and maybe others. (It's a problem in KSP as well.)

It will change the ALT bind to use the windows key instead, but you could probably set it to whatever you want. I've personally never used that feature; I don't move windows much.

neffo 7 Sep, 2015
View PC info
Liam, the editor and preview has really weird behaviour with < and > by the way.
0 Likes
1/2»
While you're here, please consider supporting GamingOnLinux on: