It seems Sid Meier's Civilization VI [Steam] is set to revamp the Religion system with the Fall 2017 Update. 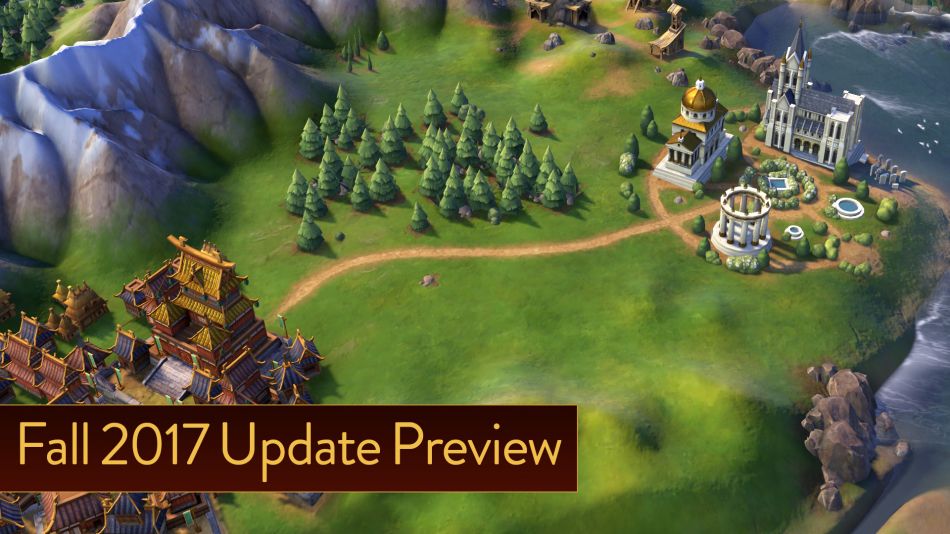 The next patch for Civilization VI will probably be rather nice, with an expanded Religion system to flesh it out somewhat. Here's what they said is coming:

Religion gets fleshed out with new beliefs and religious units. Two new Pantheons will be get introduced into the game, along with new Founder, Follower, Enhancer, and Worship Beliefs. These beliefs unlock the ability to build two new buildings as well as a new combat unit, the Warrior Monk.

While I liked the idea of the religion system, it did seem a bit flat. There wasn't all that much you could do with it, so they've taken note and plan to expand it even more:

On top of that, they're planning to push out more UI updates, AI tweaks and overall balance changes. In terms of how they're changing the AI, you will find that with this patch the sea is not as safe as it once was, since the AI will increase their building of naval units. This is especially interesting, as they also said "With the upcoming addition of one of our new civs, this change is especially exciting." so I'm keen to see what new civs will come, as they might have some interesting naval units.

They will also be reducing the amount of "Gossip" messages you get, so you don't have to sift through a bunch to see the important stuff.

Hopefully Aspyr Media will get right on it at release, maybe we might finally see cross-platform multiplayer when this patch drops, but considering the trouble they had with it previously I have doubts on that.

View PC info
Sounds cool! Kinda do want to dig into this game, but I have it blacklisted until we get cross-platform multiplayer.

Do we know the "exact" reason for the delay? Is it primarily a technical problem, a financial problem or a political problem?

All that said, Civilization games tend to need to mature a bit so waiting isn't really killing me... just slowly torturing me.