Spec Ops: The Line Looks Like It's Coming To Linux 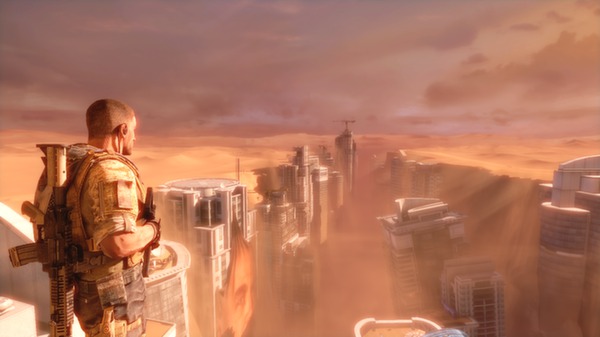 It looks like yet another bigger game is heading to Linux, and it's Spec Ops: The Line this time! A Third-Person modern military Shooter designed to challenge players' morality by putting them in the middle of unspeakable situations.

While this isn't confirmed, having a linux_testing section in SteamDB does usually mean a port is coming.

We have emailed the developer to see if they can confirm it, and give any release date. We have also emailed our contact at 2K to see if they fancy a chat about it.

It's worth noting that Virtual Programming did the Mac port by the looks of it, so it could be a new port from those guys, and this would be their third Linux port after The Witcher 2 and Stronghold 3. It could be a different developer though, as we really have no idea.
If it was by VP, I look forward to seeing how far their porting tech has come!

You can check out the info on SteamDB like this below:

About the game (Official)
Spec Ops: The Line is an action-packed Third-Person Shooter that delivers heart pounding physically close combat through a squad-based play mechanic. Players lead a team of three characters, Captain Martin Walker, Lieutenant Adams and Sergeant Lugo. Each character has his own distinct personality and specialized skills, and the mature story they each play a role in explores the dark side of war in a realistic way, in which there are no good outcomes, only hard choices. As missions are completed more advanced weapons and equipment are made available. In addition, the desert environment of Dubai is brought into the game in a unique way with stunning visuals, and dynamic sandstorms that actively effect level designs, and which can be used to help and hinder progress. The vertical interiors of Dubai high rise buildings also provide tactical advantages and risks that can used be by players. Multiplayer campaigns bring new modes and unusual situations and environments to expand the single player experience.

More when we have it folks!

View PC info
Sweeet! A nice review from "Yahtzee" in case you need more info on the game : https://www.youtube.com/watch?v=HNhPMjbgkXA
4 Likes, Who?

View PC info
That's more good news. I have it in my library, but never got round to finishing it.
0 Likes
PublicNuisance 16 Mar, 2015

View PC info
This was a great game that I would urge any FPS fan to pickup once it hits Linux. Gameplay isn't groundbreaking but the story is awesome and it is a breath of fresh air in that it isn't your standard FPS that glorifies what's on screen.
0 Likes

I wonder if this is them testing the Linux waters, much like Techland did with Dead Island before Dying Light.
1 Likes, Who?

I can recommend to everyone, it's not a bad tactical shooter and comes with probably quite surprising twists.

QuoteIf it was by VP, I look forward to seeing how far their porting tech has come!

If it is really done by VP this would be their "final exam".
They better not screwing it this time.
1 Likes, Who?

Quoting: srlsboyVP is still working on Bioshock Infinite. That depot (214940) is still being worked on.

But is it confirmed anywhere that they're working on that?
I mean, there are contradictory rumors about them working on several tittles so far, and they are not telling much...

View PC info
This was a pretty good game as far as I recall, not a favorite among TPS/FPS by any means but still plenty enjoyable. A game well worth playing for those who haven't had the chanse.
0 Likes
1/3»
While you're here, please consider supporting GamingOnLinux on: