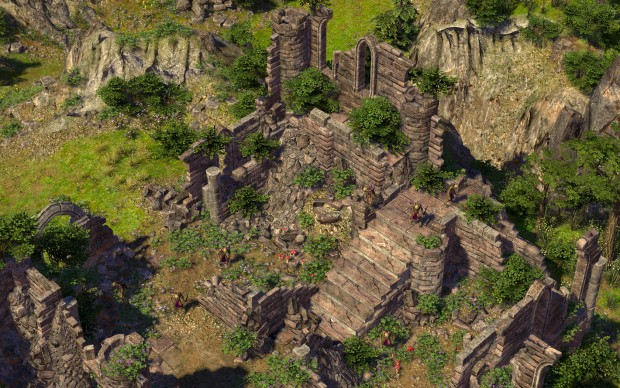 Thanks to a couple of German news sites we have learnt today that Spellforce 3 will be heading to Linux. Not surprising is that our new friends at Nordic Games are the publisher.

There is next to no English information on the Linux release yet, but we hope some will come soon as translations from German to English make things sound rather odd.

What we can piece together is that it is set before the previous two Spellforce games, so hopefully we won't need to know much from the others since we don't have them on Linux. It looks like the release won't be for a year or two yet, either.

About
SpellForce is an epic fantasy mix of RTS RPG elements in a stunning fantasy world against evil and darkness. Build up your army and join the battle!

Have you played the previous games? If so let us know if we should be excited or not for Spellforce 3 on Linux. Article taken from GamingOnLinux.com.
Tags: Action, RPG, Strategy, Upcoming
0 Likes
We do often include affiliate links to earn us some pennies. We are currently affiliated with GOG and Humble Store. See more here.
About the author - Liam Dawe

View PC info
golem.de is not a good gaming site. It's more a general IT site.

says there will Aquanox 3 and the guild 3. Yet no mention about linux there.
0 Likes

View PC info
The official facebook page for Spellforce linked to golem.de, that makes it a reputable source this time around considering the developers themselves tell people to go to it. So, I'm more than happy to use it.

The link you gave doesn't seem to mention any platforms anyway.
0 Likes

killx_den 15 Aug, 2014
View PC info
Using news from golem is like using news from phoronix. I would always double check if possible.

Also if the thing about The Guild 3 is true, then I hope it will be a bit like a The Guild 1 remake, because The Guild 2 was bs :/
0 Likes

View PC info
I did double check. Like I said I checked with the developers directly, and their facebook page links directly to it. End of.

Comparing something to Phoronix like that doesn't give your arguments any more merit guys, so cool it with the flaming of other sites.

The developers of the game in question are pointing people to our source, so if that doesn't say something to you then...you're being pedantic as you don't like the site itself.
1 Likes, Who?
GoCorinthians 15 Aug, 2014
View PC info
Damn...great time for linuxers!
0 Likes

View PC info
It's true though that Golem isn't exactly known for accuracy and high journalistic standards.
But Gamestar.de, the website of a gaming magazine that's not been relevant for close to 10 years now, isn't either.
0 Likes

View PC info
This is great news! Spellforce 2 has got a very decent metascore, so I'm definitely interested.
0 Likes

View PC info
Nordic Games did a very good port of Painkiller:H&D, and then kept working on the port until benighted AMD users could run the game (which involved tweaking the game as well as waiting for AMD to get its act together and release a working driver). These guys are serious about the Linux gaming community.

I'm happy and proud to be a Linux gamer; this is the beginning of one of the last reasons people resist going over to the best OS becoming irrelevant. And, since Microsoft Office is now available for free on the web (a la Google Docs, which M$ found breathing down its neck), there is only user inertia to keep people from Linux.
0 Likes
beart 24 Aug, 2014
Truck load of salt guys.
If you go to nordicgames.at and communitym search for linux and read the latest message, then Megalomanic says in response;
.......................................................................
We have some great annoucements about Linux games on the way soon.
We would love to do more Linux ports but we lack people that could bring it on. Thats why SpellForce 2 will probably not get it. However, for the future of SpellForce this is hot on our list.

Its one of my personal goals to make our games available on as many platform as possible where it makes sense.

I played the original JoWood Spellforce 1 and it was okay. Pt 1 was part of a six games fantasy game pack from a Coles(?) cheap shop and Pt 2&3 were $7 & $9 specials in on of the game shops.

RPG is interesting only once to me, then it is just repition, but I'd run it occasionally when feeling brain dead bored. SF1 had toons from warrior, ranger, healer and caster classes and as you leveled you could spend a point in any area to gain extra skills, so a 2Hd warrior with light healing was possible, etc.

Progression was completing required tasks on "islands"/maps with core and optional tasks. Some were you only, others had fellow rune warriors/heroes and other had armies(required resource gathering/production) of one to three types. Some maps were hubs. Major maps were all three/five and some army management to complete before resources depleted.

The back story was a bit clunky, especially after six+ times, but it is there and the "who dunnit" is finally solved at the end.

Since I first played it in Dec 2006, I've been seeing deja vue elements turn up in many other more recent games.

When Nordic Games took over, I wasn't that interested in paying for the SF2 Pt 1 and I'll point out that SF2 Pt2 was only released in Jan 2014.

In any case. I've signed up for their games newsletter and ticked Linux and if they come up with a stand alone Linux native game for a reasonable price, then I'll buy it just to support the cause.
0 Likes
While you're here, please consider supporting GamingOnLinux on: