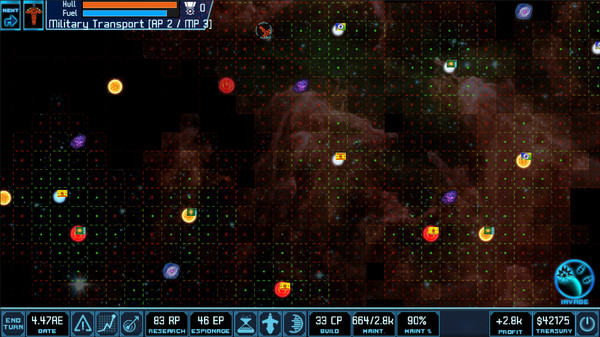 Star Traders: 4X Empires has just been released for Linux, so fans of 4X strategy games might want to take a look out our new release. This brings both games from Trese Brothers onto Linux and gives us another developer to add to our ranks!

It does look pretty good, but the reviews on Steam are "Mixed", and to be fair it doesn't have all that many reviews, so that's probably not all that accurate right now.

About the game
Take command of humanity’s last survivors and rebuild an empire among the stars. In this immersive turn-based strategy game, you must lead the refugees of the great Exodus to a new home in hostile space and build a new galaxy-spanning civilization. To survive in the dark reaches of space, you will have to fight to protect your people, control rival factions, and unlock lost technology.

This challenging civilization-building game expands upon the universe of the original Star Traders RPG. As the leader of a splinter group who have fallen behind the main fleet, you have no choice but to settle nearby habitable worlds, stake your claim and try to prosper.

View PC info
4X games do appeal to me, as a Dominions fan (which arguably is the greatest of 4X games), and I'm looking for some other games of the genre to while away the time while I hunker down for one raging beast of a blizzard heading right my way in eastern Connecticut.

View PC info
They have a DRM free version on Desura but sadly only the Windows and Mac versions are on there at this point.
0 Likes
While you're here, please consider supporting GamingOnLinux on: