Stardew Valley is now officially available for Linux & SteamOS, I have been waiting on this for so long it's exciting. Also, hello, I am back from my birthday break.

My girlfriend actually purchased this for me months ago, so I have been itching to play it as it looked like a really relaxing time-sink. After the initial hiccups in the beta, it actually runs really nicely. It’s definitely one of those games that makes you completely lose track of time in real life. I sunk two hours into it before I had realised how sucked into it I was. 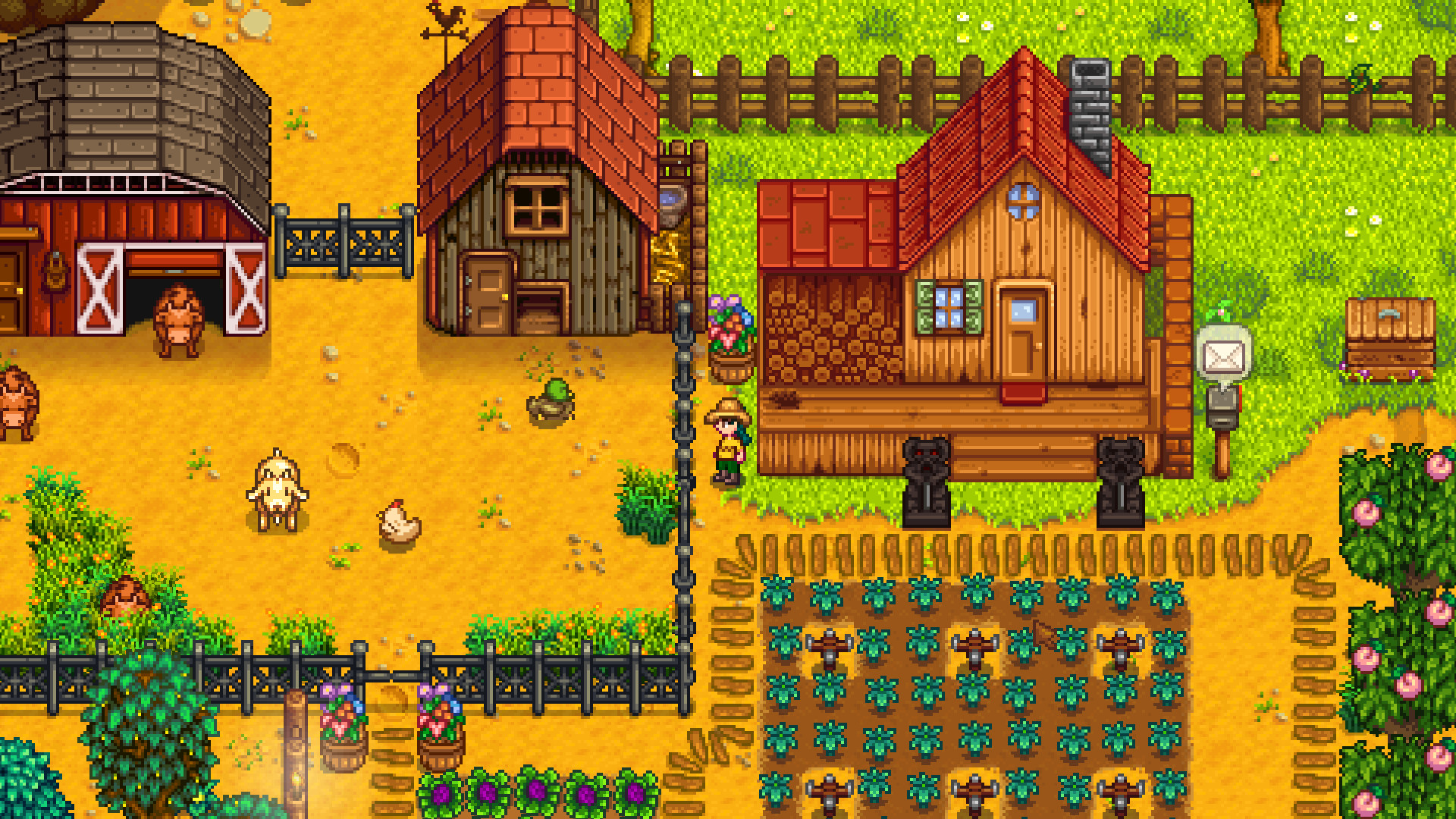 I thought the game was pretty shallow at the start, but it seems as time goes on you meet more and more people who unlock things for you. You also do your levelling up after you go to sleep, so you see what you unlock in the morning. It has crafting, farming, exploration, mining, some simplistic combat, relationships and more.

Overall I think it’s a really sweet game and one I will end up spending a lot of time in. I've already fallen in love with it.

The Linux version can be found on Steam, but GOG has yet to be updated with the Linux version. The developer said the GOG version will follow in a "couple days".

Article taken from GamingOnLinux.com.
Tags: RPG, Simulation, Steam | Apps: Stardew Valley
0 Likes
We do often include affiliate links to earn us some pennies. We are currently affiliated with GOG and Humble Store. See more here.
About the author - Liam Dawe

View PC info
I bought it as soon as I saw it come out for Linux. :D
0 Likes

View PC info
Anyone has screen tearing on NVIDIA drivers? There isn't a vsync option it seems.
0 Likes

View PC info
Ow! My wallet!! I almost never insta-buy even indie games any more due to money woes. Not because $15 is an unreasonable price for a game (it is reasonable) but because $15 can buy a decent amount of food/gas/things-to-live. But I feel morally obligated to support certain Linux ports of certain extreme case scenario games... first Undertale and now Stardew Valley?? Need bandages and rubbing alcohol for wallet!
4 Likes, Who?

View PC info
For those who are waiting for a GOG Version.
http://stardewvalley.net/stardew-valley-now-available-for-mac-linux/

But I dont know if Gog counts there sells as steam does. Still I would wait untill its officaly out.

Quoting: cxphergmailcomAnyone has screen tearing on NVIDIA drivers? There isn't a vsync option it seems.

Vsync is supposedly on by default. I actually get tearing in Starbound but none in Stardew Valley. I'm running the 367.27 driver.
0 Likes

Quoting: Mountain ManThis game really reminds me of Rune Factor 4 for the 3DS.

You mean Rune Factory 4? :P
It's more like Harvest Moon FOMT plus Minecraft to me.
0 Likes

ungutknut 1 Aug, 2016
View PC info
Really like that game. Much better than expected as it covers up quite a wide variety of genres... so there's something for everyone.

Quoting: cxphergmailcomAnyone has screen tearing on NVIDIA drivers? There isn't a vsync option it seems.

Neither on AMD, nor on NVIDIA. Works almost flawless for me (had one crash so far after my first achievement).

What's your Distro/Desktop environment? I'm here with Xubuntu (14.04 and 16.04) and compton for compositing as xfwm4 is known to cause tearing under some specific circumstances.
0 Likes
While you're here, please consider supporting GamingOnLinux on: