Well Steam Dev Days has kicked off in style and we have a little bit of the lowdown here for you, keep an eye on this post as I will keep updating it to keep everyone in the loop as much as I can!

This information is gathered from many different developers at the event as they leak it out. Well, I say leak it's more like a flowing river!

This could be the latest version of the Steam Controller, they could go through more revisions of course: 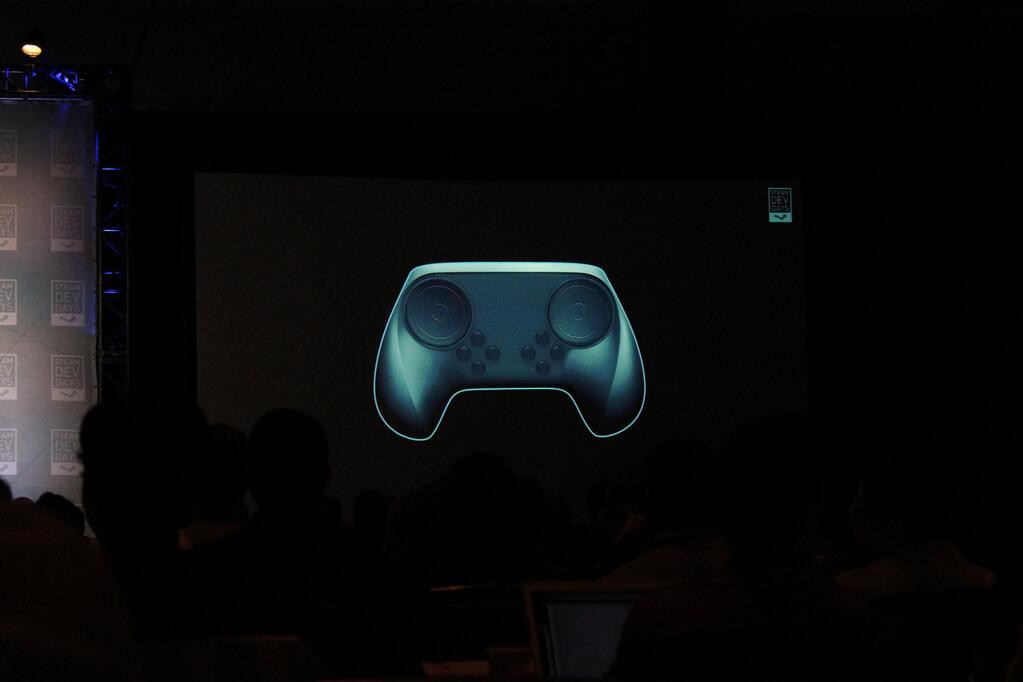 I sure do hope more developers bring their games to Linux after attending this event, no reason not to at least test now with a free Linux machine!

The developer of Democracy and Gratuitous Space battles said

QuoteLinux looks more important to gaming than ever

It certainly does look important to Valve, important enough for them to team up with Intel & Gigabyte to give away free machines and controllers!

You can see the information flow in from twitter here. Be sure to follow us @gamingonlinux to keep up even quicker with our retweets and to generally follow us!

This information comes from many different developers tweeting the info in public, thanks to them!

We do often include affiliate links to earn us some pennies. We are currently affiliated with GOG and Humble Store. See more here.
About the author - Liam Dawe
I am the owner of GamingOnLinux. After discovering Linux back in the days of Mandrake in 2003, I constantly came back to check on the progress of Linux until Ubuntu appeared on the scene and it helped me to really love it. You can reach me easily by emailing GamingOnLinux directly.
See more from me
Some you may have missed, popular articles from the last month:
The comments on this article are closed.
13 comments
Page: 1/2»
L4Linux 15 Jan, 2014
The best would be 22 player support, in order to play 11 vs 11 football games!! (On a 50+ inch screen apparently, and on a very big living room...)
0 Likes
abelthorne 15 Jan, 2014
I don't get this about the controller: "No longer has a touchscreen, will have a DPAD and ABXY buttons for backwards compatibility."

Where are they putting them? In place of the touchscreen?
0 Likes

View PC info
AA batteries are the right choice, at least as long as the hardware is good. My Logitech F710 has been running the same two AA batteries for months... Never did my PS3 controllers ever last that long.

I am disappointed to hear about this d-pad/ABXY crap, though I need to see it to understand it.

Edit: that live feed embedded in the post is super annoying to try and scroll through. Can you filter out the retweets?
0 Likes
Mohandevir 15 Jan, 2014
16 controller support... Must have something to do with the 8 screen support announced when they started the SteamOS project... What kind of gpu will support that now?
0 Likes

View PC info
I hope that the battery pack is like the xbox where it comes with a spot for 2 AA batteries but you can replace it with a rechargeable battery pack. I hate buying new batteries.
0 Likes

Quoting: Quote from philip550cI hope that the battery pack is like the xbox where it comes with a spot for 2 AA batteries but you can replace it with a rechargeable battery pack. I hate buying new batteries.

Quoting: Quote from philip550cI hope that the battery pack is like the xbox where it comes with a spot for 2 AA batteries but you can replace it with a rechargeable battery pack. I hate buying new batteries.

Not the same. Atm I can just dock my controller and it charges. That's a lot easier than pulling batteries out and plugging them into a charger.
0 Likes
Xseba360 15 Jan, 2014
Noooo! :( I want my touchscreen back!
0 Likes

laforge 15 Jan, 2014
Good to hear that the controller is taking AA batteries. Releasing some sort of proprietary or hard-to-get battery pack would have run contrary to the whole 'open' philosophy valve is spruiking. Besides, AA's work file on my xbox controller.

I think that the removal of the touch screen on the controller is partially due to negative feedback over the touch surfaces not doing the job well for w,a,s,d emulation (although I read good things about emulating mouse movement), partly because valve is thinking the occulus rift and other VR devices are going to be big and the touch screen display is useless there and maybe even a little bit of an issue with extra power draw for a backlit touchscreen reducing battery life. Just my guesses. This is still what I'm looking forward to most out of the entire Steam OS/Steam Machine development...
0 Likes

Not the same. Atm I can just dock my controller and it charges. That's a lot easier than pulling batteries out and plugging them into a charger.

A dock could charge AA batteries as well, it doesn't have to be a non-standard battery.
Instead of a dock, it could also be recharged by pluging in a USB cable (which would let you use the pad while it charges the batteries). Yesss, I hope they'll go for this, batteries + USB cable.
0 Likes
1/2»
While you're here, please consider supporting GamingOnLinux on: