Five years ago on this day, Valve released Steam for Linux in a limited Beta form for a lucky bunch of users. It's been quite a ride, hasn't it?

For those who weren't around or don't remember, Valve started by putting up a survey to gather testers for the upcoming Beta release. What they didn't expect, was over 60K people signing up to become a tester. The initial release only had around 30 games available for Linux, but look at us now at around 3.8K (give or take a few that show up, but haven't actually released). This month alone, we've already seen around 20 games release with Linux support and we're only on the 6th!

We've got masses of indie games, a few AAA titles (and hopefully more big titles to come!) and all sorts of genres available on Linux. With thanks to the likes of Virtual Programming, Aspyr Media, Feral Interactive, Ethan Lee, Ryan Gordon, Aaron Melcher and many more helping to bring titles to Linux. There's plenty of junk released for Linux now too as well, but thankfully now there's a lot of choice when it comes to good games.

Going by the date of the limited Steam beta for Linux, we've published close to nine thousand articles. We've actually hit over nine thousand right now, but the amount we put out increased dramatically since Steam arrived. There's just so much to report on for Linux gaming, it's truly crazy.

In a few days, on the 10th of November, it will also mark two years since SteamOS, Steam Machines and the Steam Controller were officially released. I still remember how completely underwhelmed I was by the launch, as I'm sure many of you were as well. You can pry my Steam Controller from my cold, dead hands though as I love it.

It still remains to be seen what Valve intends to do with SteamOS and Steam Machines, hopefully some sort of re-release. I think if they did a Steam Machine themselves where they controlled the pricing and everything else, it could go down a lot better than the wildly varying machines we've seen previously. There's probably a lot of issues with doing it that way though, for it to pay off Valve would need to market it a lot better and there would need to be more timely game releases for bigger titles (and more!).

While Steam Machines didn't go the way we hoped, they've obviously moved Linux gaming further along than anything else ever did.

What are you most looking forward to for Linux gaming over the next year? How do you feel about the current situation? Open up the in the comments, but please do remember to be respectful to your fellow users.

We do often include affiliate links to earn us some pennies. We are currently affiliated with GOG and Humble Store. See more here.
About the author - Liam Dawe
I am the owner of GamingOnLinux. After discovering Linux back in the days of Mandrake in 2003, I constantly came back to check on the progress of Linux until Ubuntu appeared on the scene and it helped me to really love it. You can reach me easily by emailing GamingOnLinux directly.
See more from me
Some you may have missed, popular articles from the last month:
The comments on this article are closed.
38 comments
Page: 1/4»

View PC info
Five years ago I discovered GoL because I was searching news regarding Steam for Linux :D F*ck, I'm getting old.
9 Likes, Who?

View PC info
That's the day I became a gamer. Before that, the only game I was playing was LotRO, through Wine... Thanks Valve!

Edit: About Steam Machine re-launch, when you think about all the work that is done by Valve regarding Mesa and RadV, I'm wondering if Valve is not, somehow, involded in the upcoming Ataribox. Probably not, but still...

Eike 6 Nov, 2017
View PC info
I had joined the beta in early Decembre. At the end of Decembre, I wrote a blog post. Citing:

Yesterday, for the first time I have bought a professional game for Linux. If gaming on Linux would establish itself, after all the time I used Windows solely as a gaming platform, I could finally delete my Windows partition.

Of course, this is illusory at the moment. There are about 40 games for Linux on Steam, and I don't even know most of them. But who knows... maybe, a start has been made.

Same! Thanks GoL for taking us through this ride
1 Likes, Who?

View PC info
Back then I didn't have Linux on my main computer and I had given my laptop with Windows 7 + Ubuntu dualboot to my brother, so I could try Steam for Linux only few months later (on said laptop). And I made this screenshot: 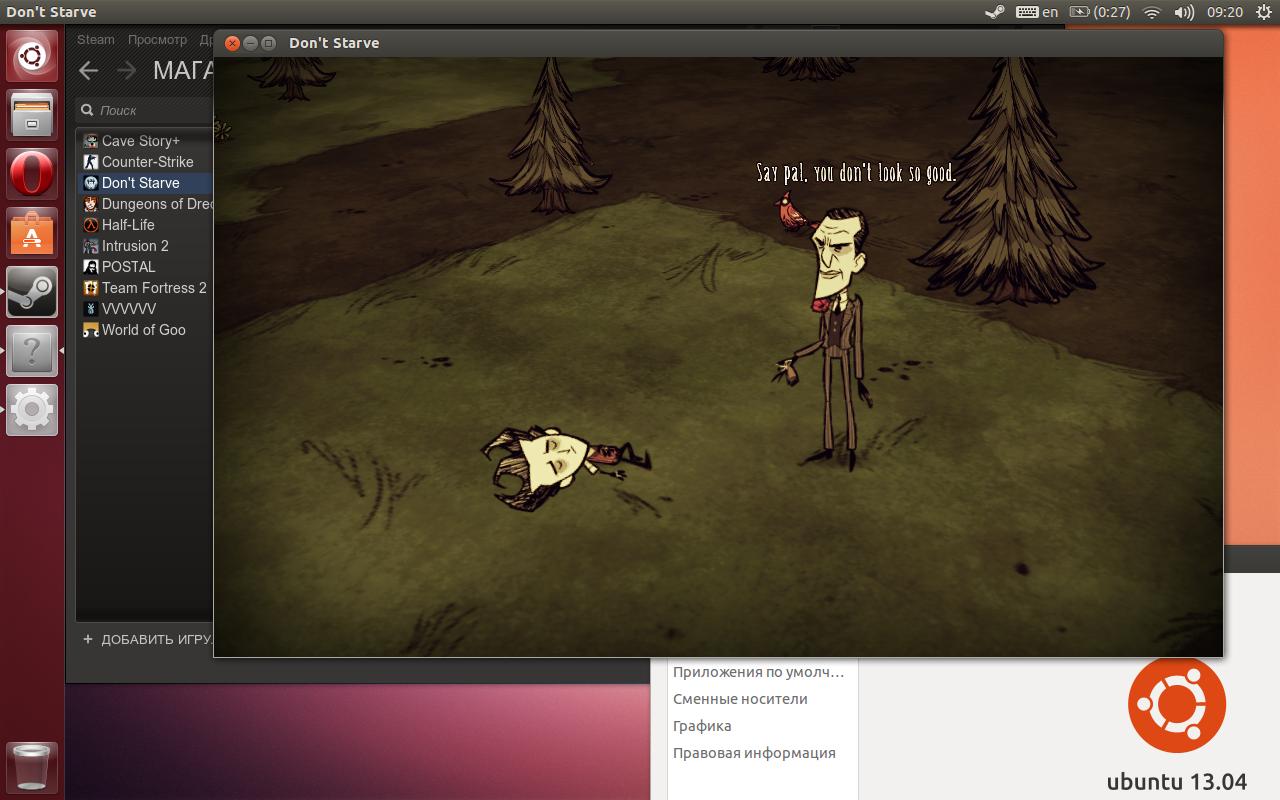 Does anyone remember TF2 Tux hat?

Wasn't it the only incentive ever of Valve for Windowsers to try Linux? :)
2 Likes, Who?

QuoteMoved ~/.local/share/steam. Ran steam. It deleted everything on system owned by user. #3671

Wasn't it the only incentive ever of Valve for Windowsers to try Linux? :)

If my memory serves me correctly, it was not a hat, but something attached to your belt?
2 Likes, Who?
1/4»
While you're here, please consider supporting GamingOnLinux on: