Stellaris: Federations releases on March 17 with a new trailer

Giving a much needed boost to the diplomacy systems in this grand-scale space strategy game, "players can build up the internal cohesion of their Federations and unlock powerful rewards for all members" and it sounds like it's going to make the meta game later in Stellaris much more interesting. Check out the brand new trailer below: 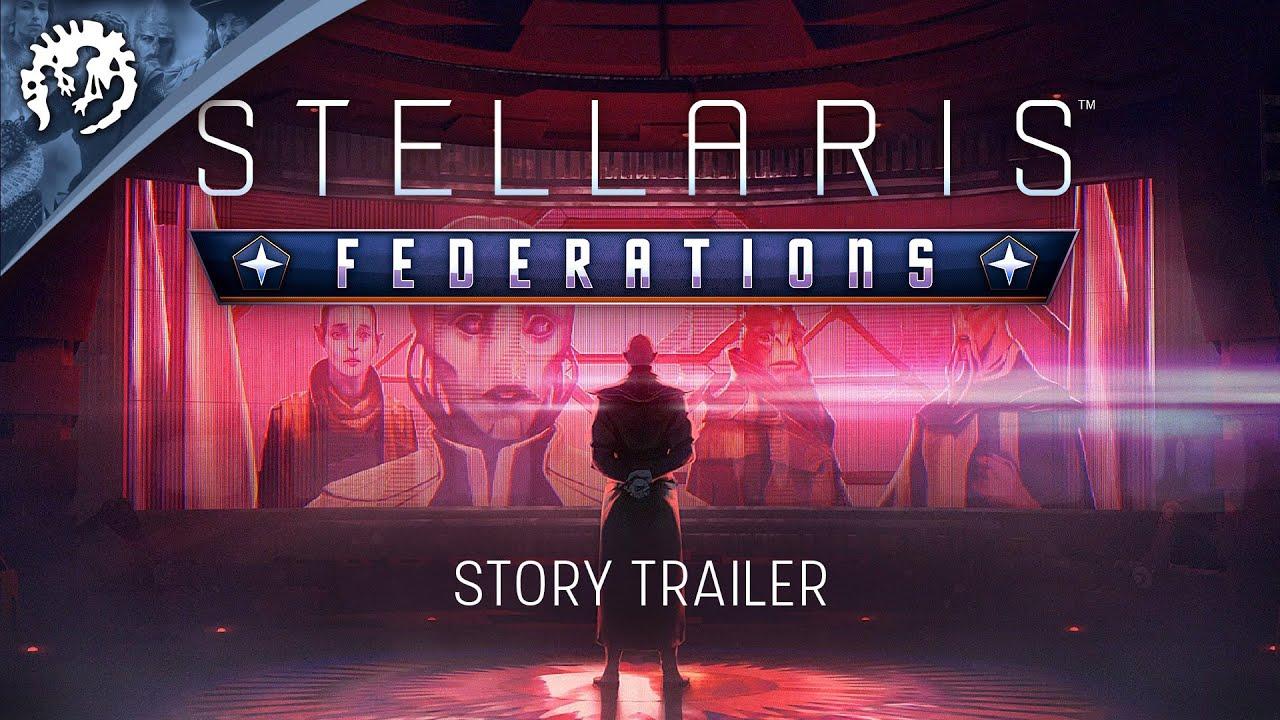 Federations will bring about a bigger galactic community, complete with a galactic senate that's all starting to sound a bit Star Wars. You can attempt to pass a resolution to increase profit, sanction others who you don't like and do whatever it takes to gain influence. You will also get expanded empire backgrounds with the Origins system, which can massively change the way you play and the start of your game.

Most importantly though, there's some massive new construction possibilities. What's a grand strategy in space without them? There's the Juggernaut—a massive mobile starbase, or the Mega Shipyard—a new megastructure that can churn out fleets with incredible speed. Both of which sound a lot of fun.

As usual, Stellaris will also get a big free update with 2.6.0 which should release at the same time. Part of that update will include some big performance improvements for the late-game as noted here previously.

Stellaris: Federations is now up for pre-order now on GOG and Steam - releasing March 17.

We do often include affiliate links to earn us some pennies. We are currently affiliated with GOG and Humble Store. See more here.
About the author - Liam Dawe
I am the owner of GamingOnLinux. After discovering Linux back in the days of Mandrake in 2003, I constantly came back to check on the progress of Linux until Ubuntu appeared on the scene and it helped me to really love it. You can reach me easily by emailing GamingOnLinux directly.
See more from me
Some you may have missed, popular articles from the last month:
The comments on this article are closed.
5 comments
Purple Library Guy 27 Feb, 2020

A mod has to be created that combines this with those planet-buster ships. "That's no moon . . ."
0 Likes
Purple Library Guy 27 Feb, 2020
My basic problem with current diplomacy in Stellaris is, agreements of most sorts cost Influence, and I need my Influence for grabbing star systems.
0 Likes

I like it, as you have to choose between having (early) allies or having territory. I always tend to go with territory, which I regret after I notice everybody already made alliances and there is no room for me anymore *forever alone mode engages*.
My main problem with influence is that after the early game I can just not spend it fast enough, so it is in perpetual 'resource is full' status. This also makes the faction system somewhat obsolete, as there is then no real reward for using factions well (which is unfortunate, as it is actually quite well setup)
0 Likes
Purple Library Guy 28 Feb, 2020

I like it, as you have to choose between having (early) allies or having territory. I always tend to go with territory

Yeah, me too. Just seems fundamentally more valuable. Which basically means I don't do diplomacy. Well, until late game maybe. So like, the diplomacy can be great and have a theoretically interesting tradeoff--but if the tradeoff is serious enough that you're better off not using the diplomacy system at all, it doesn't matter if it's any good.
0 Likes

View PC info
Hopefully this expansion/patch really fleshes out the whole diplomacy system a bit more, which for me at this point is one of the few things still lacking in Stellaris. Like, if I could have the breadth of options that EU4 has for diplomacy between countries, that'd already be a big step forward. It sounds promising from following the dev diaries, and even if I don't use the new federations the new origins system sounds pretty fun (some of the new origins, especially!).
0 Likes
While you're here, please consider supporting GamingOnLinux on: