Stellaris is getting a 'Humanoids Species Pack' DLC this month, plus huge patch news

Firstly, let's go over the DLC. It's not a big one, but it still sounds pretty nice. The Humanoids Species Pack will include:

The Humanoids Species Pack will release on December 7th for $7.99.

As for the next big update, named Cherryh, it doesn't seem to have an exact release date set. However, it sounds like it's really going to be a huge update. I won't go over everything, since there's just so much changing, but here's what I found seriously interesting.

First of all, the way Ascension Perks work will be changed. They want to expand on it, so they're making the basic Ascension Perks such as Mastery of Nature, Defender of the Galaxy and so on free for everyone. Others will still require specific DLC, but having the basic set open to everyone is a good move for future content updates.

The way Surveying works will also be changed, to be less of a nuisance. In the Cherryh update, any system inside the borders of an empire you have communications with will automatically be considered surveyed, so you waste less time since you can't discover anomalies inside another empire's space anyway. 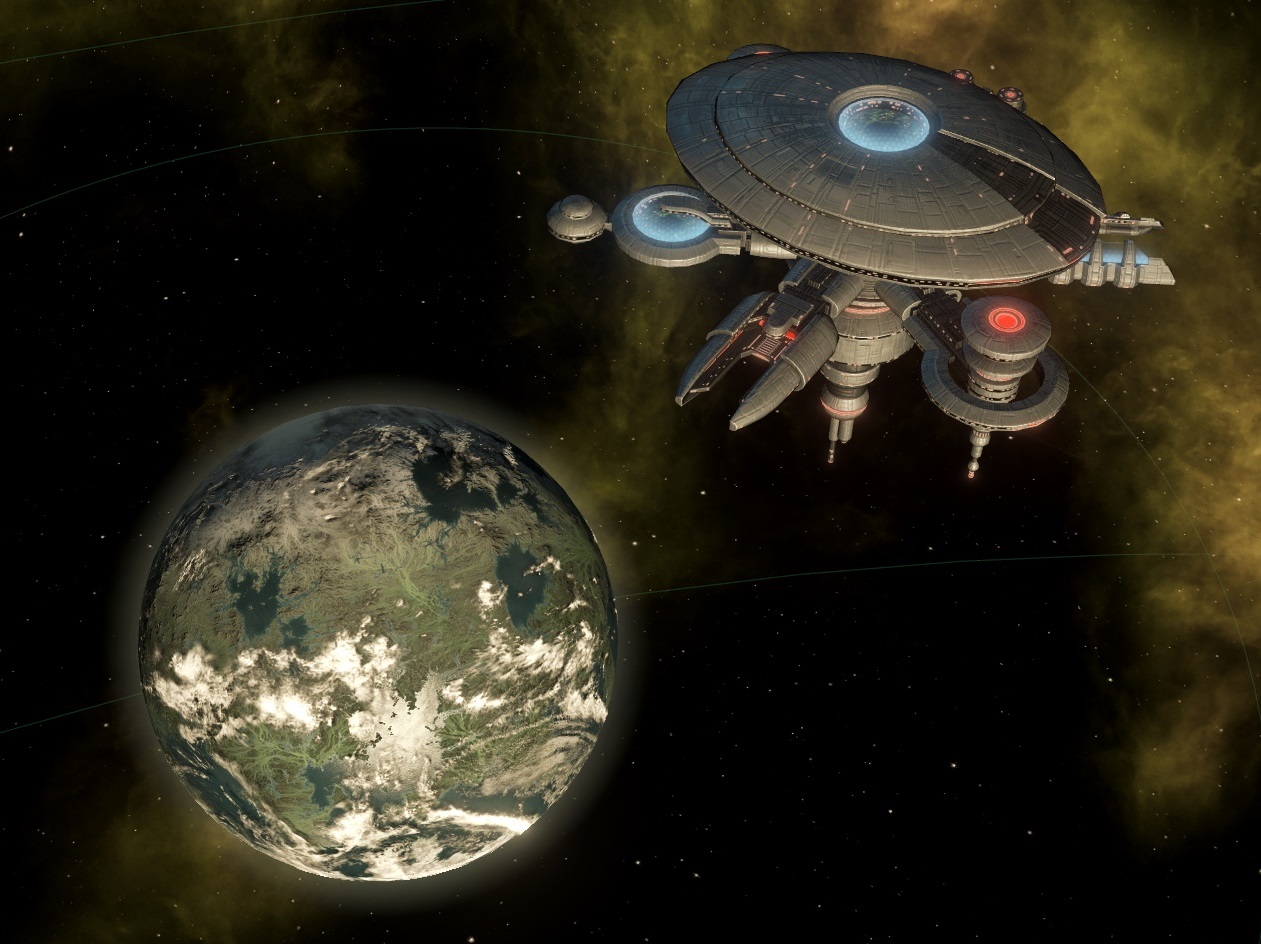 The borders and system ownership system has been completely changed! It's no longer dependent on where you have colonies, instead it will now depend on who owns a Starbase in that system. Of course, this means they needed a decent upgradable Starbase system, so that's coming too (see the teaser image above). These Starbases completely replace the old (and quite rubbish) Frontier Outposts feature. It also replaces the original Spaceports feature, with the Starbase now building military ships, while civilian ships are built from each planet.

To expand, you now build an Outpost, which is considered the lowest level Starbase. There will be five levels of a Starbase including: Outpost, Starport, Starhold, Star Fortress and finally a Citadel. The Starport is unlocked at the start of the game, with further levels requiring tech research. 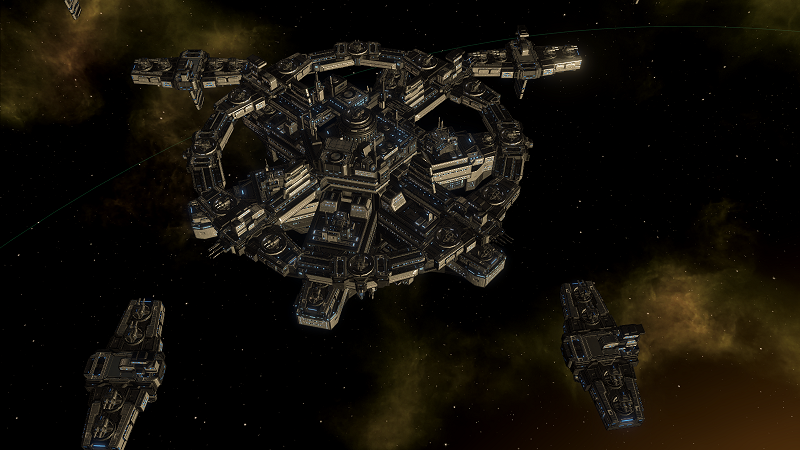 They will also be overhauling how you go to war. You can now make a claim for territory, which will cost influence and you can increase your claim multiple times on a system (for when you're allied and in war). The Wargoals system will also change, with you picking a specific reason for war, instead of a list of goals.

They've totally removed the War Score system too, since it ended up creating an all or nothing situation when it came to war, even if it was only meant to be a minor skirmish. Instead, there's a new War Exhaustion system going from 0-100% depending on what's happened during the war. More on the war changes here.

Are you looking forward to the DLC and the big patch? I'm extremely interested in it once again, as I'm absolutely loving everything I hear about this major upgrade. It all makes sense too and sounds like it will be a much better and more interesting game overall.

View PC info
You left out one highly significant change to the war system: the new ability to have a "Status Quo" peace, where both empires gain whatever they're occupying at the moment, meaning it'll finally be possible for the first time in a Paradox grand strategy game to have wars where both sides gain and lose some territory which, frankly, sounds amazing. If this war system works out as well as it sounds like I really hope they take a long look at their other franchises to see if any of its principles could be adopted there as well. :)

(EU IV, for instance, despite being a period of many small-scale border wars and skirmishes, always turns into a series of all-or-nothing wars because the loser never gains anything from a war, so countries fight to the last man trying to keep from losing any war. A system where two countries fight and can both get something out of it—even if one is the clear victor—sounds really cool, preventing every war being a war to the death even if you only want to take a single one of the enemy's 50 provinces and are willing to give up one or two of your own in return.)

Back to Stellaris it sounds like the Cherryh update will significantly shake up gameplay, and while I can't say I'm 100% happy with the FTL changes I have faith in Paradox that they're doing what they're doing because they sincerely believe it'll make the game better and more fun, so I'm willing to give it a go with an open mind.
0 Likes

Quoting: PhiladelphusBack to Stellaris it sounds like the Cherryh update will significantly shake up gameplay, and while I can't say I'm 100% happy with the FTL changes I have faith in Paradox that they're doing what they're doing because they sincerely believe it'll make the game better and more fun, so I'm willing to give it a go with an open mind.

Im looking forward to this patch, as they have labelled it 2.0 its going to be like a new game. Like you I enjoyed the variety of FTL options and mostly played wormhole tech races.
0 Likes
Purple Library Guy 6 Dec, 2017
I like the upcoming patch because it's named after one of my favourite science fiction writers (although to be honest you have to sort of pick and choose Cherryh's stuff; her best is incredible, her not-so-best is kinda mediocre, and her worst sucks). But the Chanur series and a few others put C.J. Cherryh forever in my pantheon of amazing.
0 Likes
While you're here, please consider supporting GamingOnLinux on: