Tactical RPG Ash of Gods set to release in March

Following a successful crowdfunding campaign last year, this beautiful RPG with hand-drawn animation is nearing release. We should be getting our hands on it sometime in March. 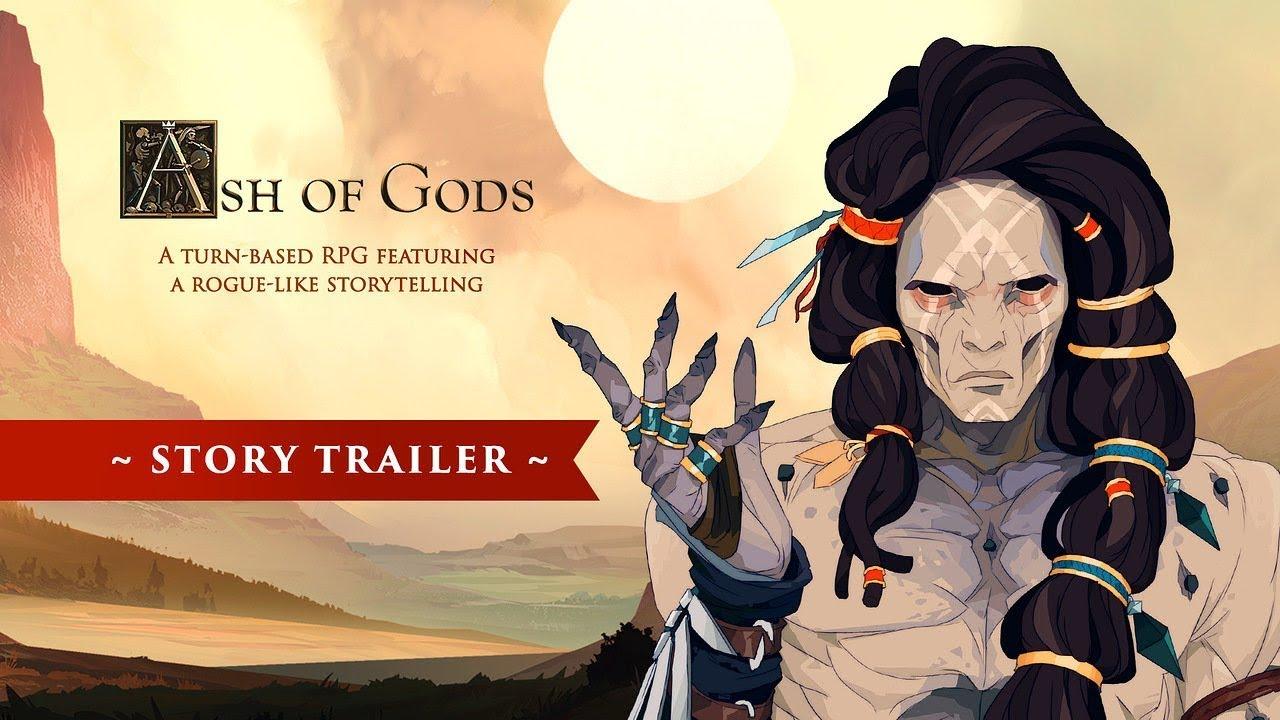 Ash of Gods [Official Site] is a turn-based tactical RPG which mixes random elements (what the kids generalize as rogue-like these days) with storytelling and promises real hard-hitting consequences to the choices players make in their games. Expect plenty of characters, dialog choices and the occasional necessary sacrifice for the greater good.

At first glance, Ash of Gods looks a lot like The Banner Saga. It’s been an open inspiration of the developer and The Banner Saga’s own devs have given the project their approval way back when it was being crowdfunded. To my eye, there’s a few twists and unique takes that Ash of Gods seems to do that should set it apart mechanically if not creatively. Combat is based off of a deck of cards that you build yourself and forgoes dice rolls entirely.

I was bitterly disappointed at the fact that the latter installments of The Banner Saga never made it to Linux, so I dearly hope that Ash of Gods proves to be an interesting experience. Judging by the developer diaries the game looks like it may well be the kind of thing I devour and play obsessively. For those of you who are keen on multiplayer, there will also be a fleshed out PvP mode where you can build up your own team and fine-tune your battle deck. I’ve got to also point out that the soundtrack is pretty great and you can listen to a few tracks that have been uploaded.

There’s no solid release date yet other than March but, luckily for us, it seems that they’ve been diligent in deploying and testing Linux builds during the development process. So we should be getting Ashes of Gods sometime soon if all goes well and you’ll be able to pick it up on GOG or Steam when the time comes.

Article taken from GamingOnLinux.com.
Tags: GOG, RPG, Steam, Strategy, Upcoming
13 Likes, Who?
We do often include affiliate links to earn us some pennies. We are currently affiliated with GOG, Humble Store and Paradox Interactive. See more here.
About the author - BTRE

View PC info
I always get excited when I see "RPG" in the headline and then cringe when I see "rogue-like" in the article.

Looking Good so far.
2 Likes, Who?

btw The Banner Saga works for Linux, it's just SteamOS icon is missing for whatever reason. but it works fine. I haven't had any issues.
0 Likes

View PC info
It looks very interesting, and I'll add to my wishlist. In this case I believe rogue-like suggests things like - Every play through is different; it is replayable (e.g. maybe you start and encounter completely different events along the way); there will be a randomness to it (e.g. you don't get the same set of cards, same items, on every play-through, so you have to adjust your strategies accordingly).

I suppose there are two things that annoys many people who don't appreciate rogue-likes - Randomness can be cruel (and force your play run to fail). But often it is just due to inadequate preparation by the player (I like game difficulty settings, which can be tuned to suit your play-style, as a way to balance this). The other thing - Not being able to store up multiple save games and continue from before where you died / failed to prepare. This second one doesn't bother me *if* each fresh run is sufficiently interesting and diverse from the previous run.

Liking the art style and much of what was teased out in the trailer.

Probably would adore it if replays are wonderfully diverse, as commented on already.
0 Likes

Quoting: melkemindI always get excited when I see "RPG" in the headline and then cringe when I see "rogue-like" in the article.

IIRC they said somewhere that what they meant by "roguelike" was mostly just that there are situations where the main characters can and will die if you're not careful. I don't know what the savegames will be like but it's really not... well, anything I would associate with roguelikes or roguelites. If you look at their main page, they call it rogue-like storytelling specifically:


QuoteYou'll constantly need to weigh every dialogue choice, double-think every decision, and manage your limited resources - because your mistake might make any of the characters perish forever. But even your party leader’s death will not lead to “game over”!

I do remember them saying on Discord that they had many bad ends in store and only a few good ends that they don't expect most players to get to (at least at first). They mean the experience to be fairly brutal and unforgiving.

It does have random encounters while travelling, like g000h suggested, so replays should be interesting enough, plus obviously you can take different decisions during story events that will alter the course of it (and potentially kill off or disband some of your party).

View PC info
since the bannersaga2 won't come to linux, this one is an instabuy
0 Likes

View PC info
It looks interesting , but experience has made me cynical about the "actions have consequences" line.
If they do have proper branching paths and actual depth , then great. But I will wait and see some reviews before I buy and make sure they mean it.
1 Likes, Who?

It looks like English, but damned if I know what it means.
0 Likes

btw The Banner Saga works for Linux, it's just SteamOS icon is missing for whatever reason. but it works fine. I haven't had any issues.

I personally have the first one "The Banner Saga", i'm not sure about the rest.
0 Likes
1/2»
While you're here, please consider supporting GamingOnLinux on: