Dying Light, easily the best Zombie game I've ever played continues getting better years after release with Techland pushing out a new update for their 2015 hit.

A new type of infected has been spotted, a "Silver Hazmat" Zombie which is the more deadly variation of the normal Gas Tank Zombie. Damn, those are annoying enough when I accidentally hit the tank as it explodes and then they all come running.

Something about more "dockets" being supported, with more info coming soon. For those who don't know, dockets are a system Dying Light uses to let you redeem special codes for unique weapons in-game. Think of it like SHiFT codes from Borderlands 2.

They also tweaked the VAC implementation, to allow you to join someone who has it on even if yours is currently disabled but it will enable VAC for you. You get the option to accept or decline here, so it's just a nice little helper. 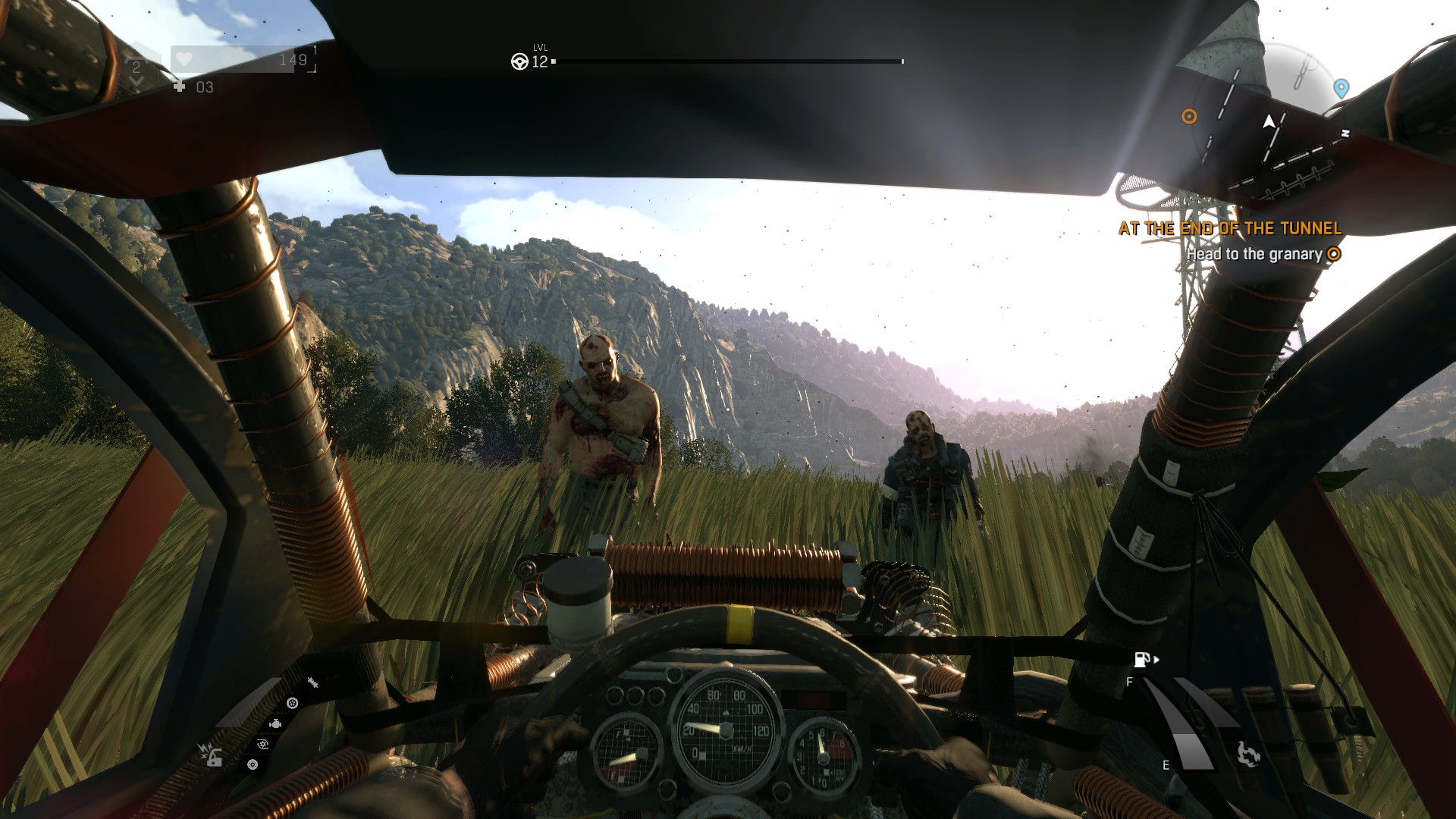 Since Techland often run themed events which can end up ruining some immersion if you're on your first play-through, you're supposed to be able to now turn them off through "Options -> Online -> Live events". However, currently the option doesn't seem to exist. So they either forgot it or it might only show up during events. Update: Techland confirmed it only shows up during events.

One new UI bit that is there, is an easy to access bit about DLCs, could be handy just for seeing what's available while in-game. Finally they noted "some" bugs were fixed but they didn't specify what.

Honestly Dying Light is a great game, truly worth picking up. I've put a ridiculous amount of hours into it! Be sure to do the side-quests too, some of them are really awesome! The Following expansion for it is also amazing, expanding the game even further with a huge map and travel with an upgradable Zombie-squishing buggy—what's not to love about that?

You can pick up Dying Light on Humble Store and Steam (on sale).

We got a new variation on the Goon a while back, green skin with purple shorts... reminding you of anyone? ;) This new Hazmat variation is bright white and silver, reminiscent of an astronaut.

Get your free dockets here: https://dockets.dyinglightgame.com/

And don't forget your other free stuff on Gemly! https://gemly.com/
4 Likes, Who?

View PC info
Glad to see that they still keep supporting the game. Just hoping that they one day will fix the game breaking bugs, e.g I'm currently since a year back stuck in one of the last levels of The Following where the game crashes as soon as I get too far up in the grainary.
0 Likes

View PC info
I'll only add that in addition to doing side quests, explore. There are a lot of nifty hidy-holes and other bits that you'll miss if you just do missions, side-quests and challenges.
0 Likes
DMG 27 Aug, 2019

Completed this game already. Do not want to return, but the game was awesome. I did not expect, that it will suck me in. Can't wait, to play the second part.
0 Likes

Klaas 27 Aug, 2019
And the GOG version has already been updated. I spent a lot time deciding if I wanted a native Linux version (which Liam called slower than the Windows version in Wine several times) or a DRM-free version. I finally settled on DRM-free. I sometimes wonder if the native version is that bad, but I'm not going to buy the game a second time.


Anyhow – I'm not sure that the new zombie type is enough to entice me to reinstall the game, but I'm happy that it's still updated. I liked the gameplay and general atmosphere, but hated the shallow and incredibly overdrawn characters.
0 Likes

I'm tempted to buy it, but i really cannot stand the incredible high input lag.
...At least this is what i've seen from the linux (and windows if i remember right) demo.
Maybe the issue is not present in the final release? I've seen a lot of complains about that on steam anyway.

Quoting: GuestI just played this game a day before the Update (native linux version), performance was awful on Mint 19.2, However, I installed the game via proton and it runs flawlessly, but I don't know if this new version fix the performance issue.

It stillgood to see Dying Light getting new content even after the Dying Ligh 2 gameplay trailer! (I hope Dying light 2 will be coming to linux tho!)

Like most games in OpenGL. For example, I play with Proton in 90% of games from Feral because pseudo-native ones work with very poor performance and graphics issue and don't offer multiplayer with Windows users. While Proton works great and I can play multi with my Windows friends.
1 Likes, Who?
TheRiddick 28 Aug, 2019

View PC info
Yeah it makes no sense playing Dying Light native when with Steamplay it gets close to double the framerate!

Needs native vulkan support, IMO OpenGL is just not able to keep up with DX11 for the most part, this is obvious when comparing them in excellently optimised Talos Principle. It's bit of a shame.

View PC info
I'm currently stuck in this stupid museum mission at the bossfight against Tahir.
I accidetally throwed my only weapon after him and can't find it anymore.
Only with my fists I'm not able to defeat him.
At least when his goons come in for reinforcement there is no more chance to survive this fight.
I guess I have to start this mission again from the beginning :-(
0 Likes

Quoting: GreaserI accidetally throwed my only weapon after him and can't find it anymore.

Have you checked all containers? I remember that I had two weapons during that fight.
0 Likes
1/3»
While you're here, please consider supporting GamingOnLinux on: