You might not remember, but TINY METAL [Steam] is a strategy game inspired by games like Advance Wars and the developer told us it would come to Linux. It's now out for Windows & Mac, but Linux is still firmly planned.

Jumping into the Steam forum to ask about the status, I was beaten to the punch by another user. I mentioned their previous comment about Linux support as well and now the developer has replied with:

I got lots of work but I promise you the Linux versions is a priority for me personally!

I wasn't expecting an answer so soon, but it's fantastic to know they consider it a priority. Hopefully it won't be too long, here's the release trailer to keep you going for now: 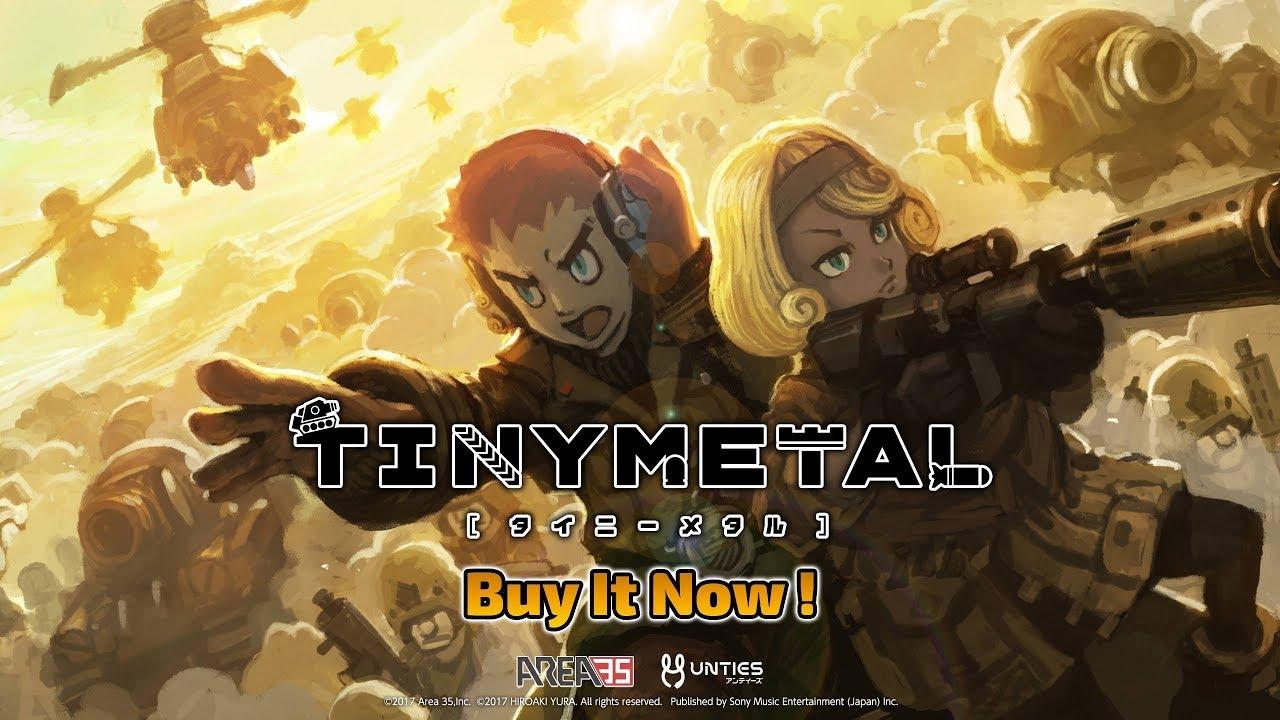 Inspired by turn-based strategy games of the past, TINY METAL takes the finely honed gameplay of classical Japanese war gaming and brings it into the modern era with great graphics, 15 unique units, and never-before-seen gameplay mechanics. TINY METAL is the Japanese arcade war game you wish you had as a kid.

Play as Artemisian Lieutenant Nathan Gries as he commands his units to victory against the villainous nation of Zipang. There will be several friends and enemies along the way with varied factions, units, and abilities in the 20 hours of single-player campaign gameplay. Players will have to carefully consider varying terrain, positioning for attacks, and strategic advancements and defenses.

Will you be picking up a copy when it releases for Linux? As a strategy game nut, I'm excited to try it.

Article taken from GamingOnLinux.com.
Tags: Steam, Strategy, Upcoming
7 Likes, Who?
We do often include affiliate links to earn us some pennies. We are currently affiliated with GOG and Humble Store. See more here.
About the author - Liam Dawe

No, I will not buy Steam™-only games.
0 Likes

I doubt I will upon release. I'm not sure of any game I've bought upon release... but, I will probably buy it eventually, it looks pretty cool..
0 Likes

Sure. If he decides to use the Steam Beta for the Linux Build then maybe a bit earlier :)

Advance Wars was an awesome game. I hope he gets it right. Most clones failed in comparison to AW :(
0 Likes

I like TBS games . Will just wait for some Let's Play/reviews to make sure it is what i am looking for.
0 Likes

I love Advance Wars, but 3D is a big con for me when I know it's totally unnecessary (gameplay wise). Plus, it seems to lack many features that Wargroove will have like campaign editor, modding in general and online multiplayer out-of-box (not 1v1 as "free DLC" what the...).
0 Likes

View PC info
It looks very cool to me. Though I love TBS on handheld devices, they don't interest me as much on my desktop. I am not sure why. I might get this one though.

Full disclosure: I did enjoy XCOM for the most part.

Pompesdesky 22 Dec, 2017
View PC info
I really loved the different Advance Wars episodes on the Game Boy Advance and DS, I'll probably get this one if it translates well on desktop :)
0 Likes

View PC info
OK , I want to let people know about this.
Seems this game was funded through a false Kickstarter from another game:

Also mentioned in this video starting at 15:00
View video on youtube.com


Last edited by razing32 on 27 December 2017 at 10:07 am UTC
0 Likes
While you're here, please consider supporting GamingOnLinux on: