Overload [Steam, Official Site], from some of the people who created Descent is a fantastic title, even with it not being finished it's frantic fun. This latest update is a big one too.

The latest update adds in level 4, Phoebe Peleus, which I've taken a look at in the below video: 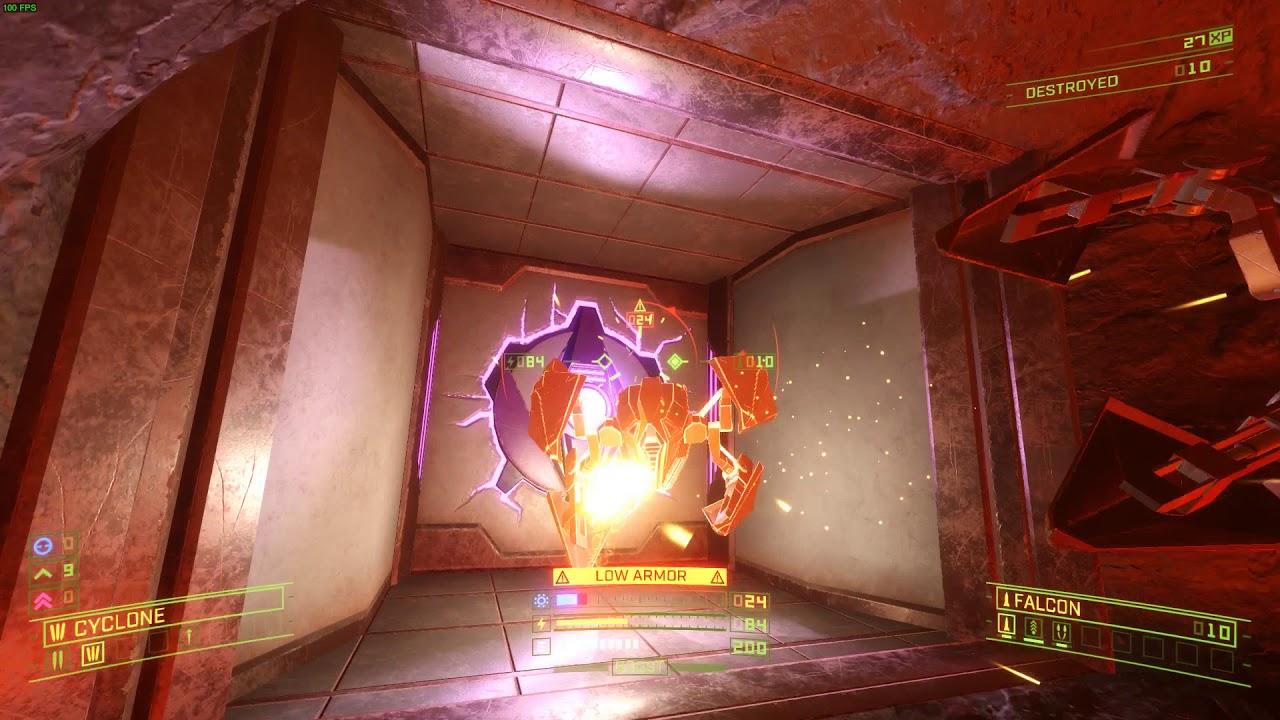 They do have more than 4 levels though, since they also have the challenge mode which is incredibly satisfying to play on the higher difficulty levels.

On top of the new mission, they've also added in some ambient sounds to the missions, to make them that little bit more engaging. Your ship has a new exterior, you can now select which "controller" is primary, many gamepad/joystick improvements, the Holo-Guide will no longer show you secret power-ups you haven't yet found yourself and many more improvements.

Overload has also seen some optimizations and plenty of bugs fixed with this latest update and it's smoother than ever.

See the full changelog here. When finished, it's going to be an incredible game considering how fun it is already.

Gobo 9 Oct, 2017
View PC info
Oh, I didn't know you could blow up the purple bot spawners, good to know!

Descent still holds up to its own legacy, it is still the best game of its kind.
0 Likes

View PC info
I really like this game, and the Challenge mod is packed with lots of fun in higher difficulties. I didn't play the new campaign mission yet, but the previous ones were good too.

View PC info
For those who don't have it, this is a must purchase for Linux action fans. It's right behind Rocket League in my "Just five more minutes of play" addiction. The 6 DOF fight model feels like an extension of your will and is easily the best of its kind right now. It looks great and is super smooth, with lots of graphics customization to get it silky smooth on all hardware...
0 Likes

But I feel I have really outgrown arena shooters where there is nothing but the twitch reflex gameplay to keep you interested.
The latest Doom or Shadow Warrior have shown that you can spice things up and still have pretty great reflex gameplay alright.

With this, I'm sure I would play for an hour or two and then move on. I really need more than bare bones.

Well, at least multiplayer is planned at some point.
1 Likes, Who?

View PC info
The soundtrack gives me major Batman Beyond vibes. Loving the gameplay in this video. Reminds me of the days when I'd play Descent at my friend's house when I was a kid.
0 Likes
While you're here, please consider supporting GamingOnLinux on: