Being completely honest here, I absolutely love this game! The 2D action RPG Chronicon has a new update with some major improvements. As a reminder, the game is still currently in Early Access.

The latest update, released a few days ago moves the game from GMS 1.4 to GMS 2.1.5 which is pretty huge by itself considering how old that version of GameMaker Studio was. This should hopefully improve compatibility with other Linux distributions. In addition, the game has been through a lot of performance-focused work to make as much of the game as smooth as possible. For me, it already performed well and now it's excellent. 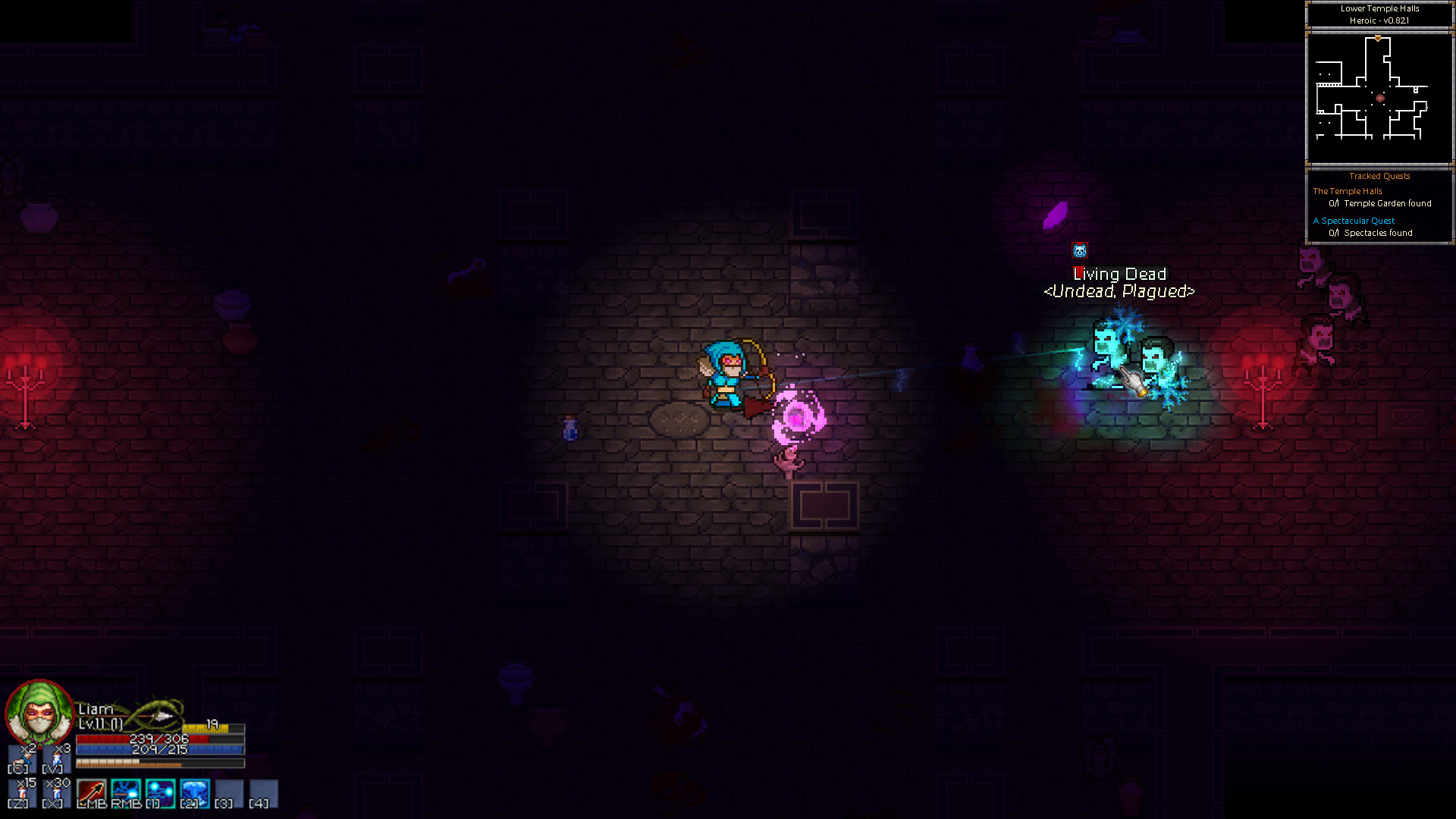 There's so many other changes, it's hard to pull in just the most interesting to highlight here (full changelog here). There's a new NPC interaction system, which allows you to speak to them about lots of different topics including more in-game lore. A vastly improved damage counter display, that's less cluttered which uses the same counter for repeat hits. New intros for boss fights, which are also skippable. Lots of new items to find, companion health will scale independently from your own and so on.

It still doesn't seem to work at all the the Steam Controller, not sure what I'm missing there but inside Steam and outside with SC Controller it just doesn't want to work. Shame, but still great with keyboard and mouse.

It really does give me the most Diablo-like feeling I've felt on Linux, the developer has done a great job so far. Especially with all the options you have to tweak the user interface to your liking, it should make it fun for a lot of different people. The amount you can tweak and turn off is all kinds of ridiculous. Want to see health bars? You got it! Want to remove all damage counters? You can do that too. Have tired eyes that need a bigger interface? That's also a feature.

Article taken from GamingOnLinux.com.
Tags: Early Access, Action, Indie Game, RPG, Steam
6 Likes, Who?
We do often include affiliate links to earn us some pennies. We are currently affiliated with GOG, Humble Store and Paradox Interactive. See more here.
About the author - Liam Dawe

View PC info
This game is awesome - I poured tens of hours into it. My only gripe at the time is that melee is a bit "busy" and nearly impossible to prevent yourself from taking damage, but the abilities didn't really factor that in, so the game became almost stupidly hard. But it's early days for this title, so I'm definitely going to check back in later.